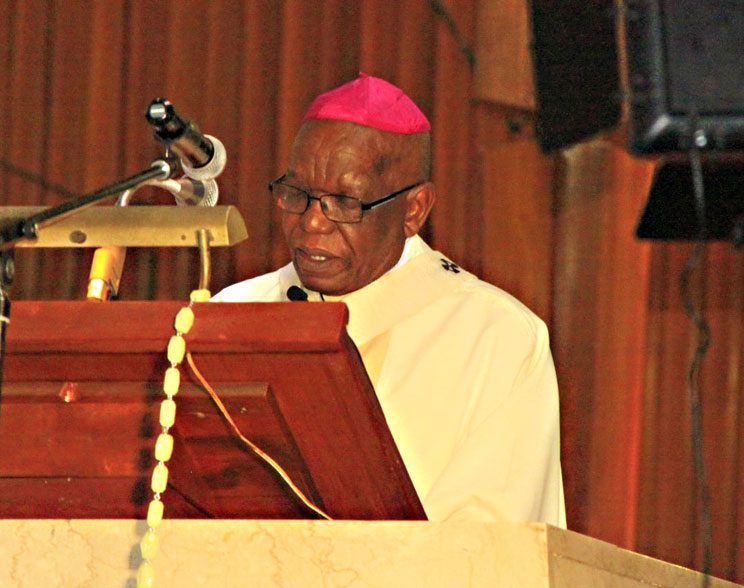 Archbishop Buti Tlhagale of Johannesburg has called for the excommunication of all priests who abuse minors, and spoke with concern about the anger of young South Africans at what he called “broken promises”.

The archbishop’s homily at the ordination of four priests at Johannesburg’s Christ the King cathedral received coverage in secular media for his call to excommunicate abusers. But his first priority, which escaped media notice, was to speak about the plight of the youth in South Africa today.

He noted that young South Africans have become disillusioned as a result of unemployment, and therefore find “meaninglessness” in their lives.

“Their dignity is being trampled underfoot, just like in the old apartheid days,” he said, saying that their palpable anger results in “destroying public facilities to make their voice heard”.

The archbishop also detailed how the problems of the country are all a result of things such as greed, self-enrichment, corruption and state capture, saying that these ills point to there being “something fundamentally wrong in the state of South Africa”.

Archbishop Tlhagale then focused his homily on the ills within the Catholic and Christian Church, describing the “disjuncture between the action of a priest as priest, and the moral integrity of a priest”.

He referred to the recent trial of Timothy Omotoso, the Nigerian head of the Jesus Domination International Church, who has been charged with multiple counts of sexual assault and rape.

“Your ordination, gentlemen, to the priesthood, takes place against this unhappy background,” Archbishop Tlhagale told the four ordinands.

He also referred to the sexual abuse scandal in the Catholic Church. Condemning the crisis, he called for the excommunication of all priests who are guilty of abuse.

Archbishop Tlhagale explained that automatic excommunication, as detailed in canon law, is applicable to priests who, for example, marry while still ordained or assist in abortion, but not to priests who abuse minors.

Referring to the scandal of “silence and  cover-ups”, Archbishop Tlhagale said that “the halo of the Catholic priesthood has been broken”.

“The Church is castigated because it appears to have claimed to have a holier-than-thou attitude.  We priests claim to be the ‘other Christ’. We have set the bar high but fail fundamentally to live up to that moral standard,” Archbishop Tlhagale said, adding: “Hence the messiness and harsh criticism.”

“As you enter the Catholic priesthood, you must be prepared to carry the burden and stigma of the moral failure of Catholic priests. And if you were to initiate any reforms within the Church, you are to start with yourselves first.”

Archbishop Tlhagale urged the new priests to become “genuine pastors and credible shepherds in the Church”, and explained that “you [priests] have a moral duty, at least, not to make matters worse than they already are”.

“Strive in earnest to be the other Christ who brings hope to the people of God,” he said.