Australian Missionaries to come to SA in 2019 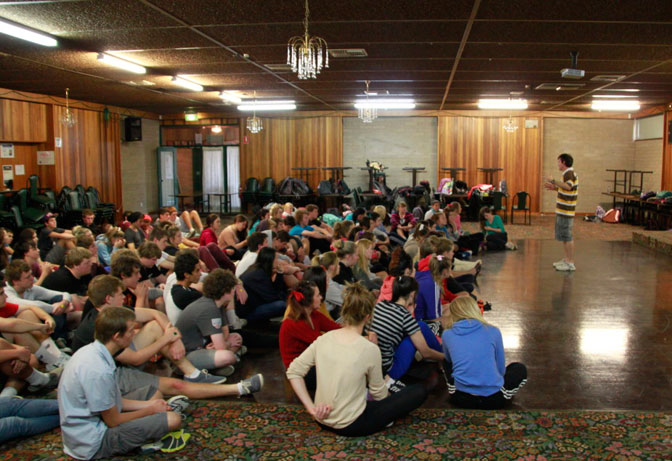 An Australian-based Catholic peer-to-peer youth ministry will come to South Africa in 2019.

Missionaries aged 17-30 years from NET Australia will minister in Cape Town with the specific aim of supporting the archdiocese’s youth ministries — and perhaps establish a South African chapter of NET.

The outreach mission will involve a number of NET alumni, as well as a South African missionary.

NET began in 1981 as a Catholic youth-based group in the United States and came to Australia in 1988.

NET Australia focuses on encouraging young people to love Jesus and to embrace the Church.

“The Cape Town mission team will engage students where they’re at, with the message of faith, and invite them to take the next step,” Mark Doyle, NET Australia executive director, told The Southern Cross.

The programmes are particularly effective, he said, because they present a model where young people minister to other young people.

“This makes them relevant and authentic, able to speak to young people in a way that often authority figures in their lives are not able to, in a language they understand,” Mr Doyle explained.

Cape Town is thrilled about the missionary venture. “We are very excited about the prospect of NET starting in Cape Town next year. And, God willing, this will enable NET to spread beyond Cape Town in future years,” said archdiocese youth chaplain Fr Charles Prince.

“NET will particularly be focusing on evangelisation and reaching more young people, and will go out to places like schools,” Fr Prince told The Southern Cross.

“Far too many young people have not really met Jesus, and what NET missionaries bring is their own stories and encounters with Jesus. They show how that is the most important story in life,” he said.

NET engages the youth through a range of activities: facilitating retreat days, youth groups and rallying events for schools and parishes. The missionaries also offer “dynamic, fun and relevant sessions” through the input of contemporary multimedia, drama, music and discussion. NET also creates spaces for “an atmosphere of prayer”, added Mr Doyle.

NET Australia’s website details its vision, to “see a Church full of young people alive and passionate about Jesus Christ and his Bride, the Church, who are not afraid to live as joyful witnesses in the modern world — drawing others to him!’’

Mr Doyle hopes NET’s mission to Cape Town will lead to exploring the idea of a missionary team returning for nine months in 2020.

“To a large extent, the mission will rely on a generous local response on all levels — from the young people themselves up to the formal levels of the Church as they take ownership of it,” he said.