Divisions in the Church Seem to be Getting Worse 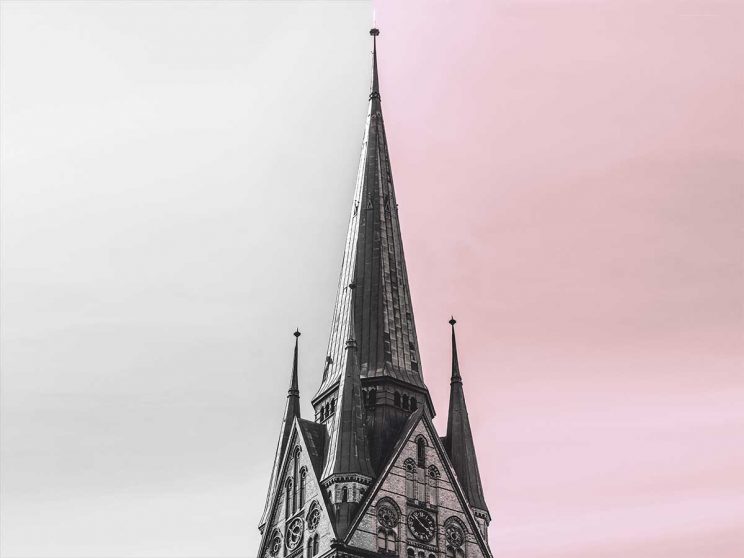 Is the Catholic Church in the midst of a civil war?

Some people are making that claim. New York Times columnist Ross Douthat appears to be the first person to call it a civil war in print, but it seems at times that the church has never been as divided as it is now.

Much of this division has been caused by aspects of the clergy sex abuse scandal that has gone on far too long, even though many of those abuses happened decades ago. Why were some incidents of clerical sex abuse of children kept secret, and why did some bishops keep priests in clerical roles when it was known they had abused children?

Did Pope Francis know about the allegations against retired Archbishop Theodore E. McCarrick and still retain him as an adviser, as Archbishop Carlo Maria Vigano has charged? There are those who support Archbishop Vigano, former apostolic nuncio to the United States, and those who support Cardinal Marc Ouellet, prefect of the Vatican’s Congregation for Bishops, who disputed the charges. There is now an investigation to learn who knew about Archbishop McCarrick’s alleged abuse of a minor decades ago and sexually harassing seminarians in more recent years.

Then there are those who have concerns about Pope Francis because they believe he is too liberal. They dislike his emphasis on serving those seeking immigration and asylum.

The church teaches that there can be no true marriage between people of the same sex because of the church’s teachings about marriage, not because of its teachings about homosexuality. Based on the Bible and natural law, the church says that marriage is the natural union of one man and one woman for the procreation and raising of children and the mutual benefit of the spouses. Yet polls show that 66 percent of those who say they are Catholic support so-called same-sex marriage.

There are those who want to make it possible in some cases for Catholics who are divorced and remarried to receive Communion, and others completely opposed to that. The same is true of couples who live together outside of a sacramental marriage as the number of Catholics who marry outside the church — or those who don’t marry at all — continues to grow.

There has long been some polarisation in the church. An article in the Oct. 12 issue of The Criterion told about the division that occurred in 1983 when Chicago Cardinal Joseph L. Bernardin called the church’s doctrine that human life must be respected consistently from conception to natural death a “seamless garment.” He was opposed by those Catholics who condemned abortion but not capital punishment.

Today, some Catholics don’t think that being pro-life necessarily applies to things like access to health care and education, or welcoming immigrants. As letters to the editor about that article showed, some Catholics are still one issue voters.

Not everyone, though, agrees that we have a Catholic civil war. In an article in the Oct. 29 issue of America magazine, Jesuit Brother Joseph Hoover said that “there is no such thing as a Catholic civil war.” He says most Catholics do not focus on these issues, but more on the practice of their religion. We agree with him.

If we could learn to abide by the Golden Rule, “Do unto others as you would have them do unto you” (Mt 7:12) and practice the beatitudes as taught by Jesus, maybe we could get away from any thought of a civil war in our church.

Divisions in the church seem to be getting worse” which appeared in the Nov. 23 edition of The Criterion, newspaper of the Indianapolis Archdiocese. It was written by John F. Fink, editor emeritus.