Catholic Social Teachings: The Church Reaching Into the Real World 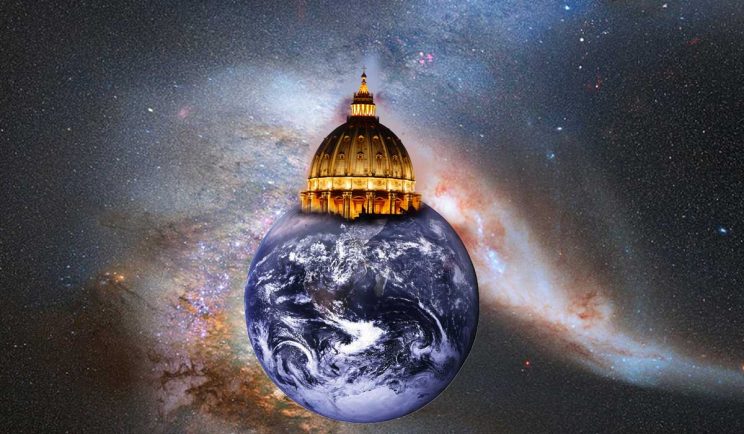 By Father Pierre Goldie – Pope Paul VI, in an encyclical on mission (1975), contends that the split between the Gospel and culture – real life — is one of the dramas of our time.

It seems as if religion has little to do with ordinary life, apart from the sick and poor. One reason is that many theologians were monks who lived secluded from the world, with the result that their theology was very other-worldly, detached from secular life. We have been taught to stoically endure the problems of this life in expectation of our heavenly reward.

The prayers of the Mass are very other-worldly. Religion thus appears as something confined to our personal, private lives, to the exclusion of vitally important areas such as politics, business, science, technology, education, sport, entertainment, art, medicine and other areas of life.

In my experience in the seminary, practical theology, which incorporates Catholic Social Teachings (CST), was given a low priority, and theoretical or systematic theology was more highly regarded.

Subjects such as politics and economics seemed unreal within the monastic reality of the seminary. Younger students were not familiar with political or economic jargon and found it boring.

Many papal documents which can be classified as part of CST, often deal with technical terms found in economics and are therefore probably not understood by bishops, priests and seminarians — who in turn, won’t pass on these teachings to the laity.

What Catholic Social teaching Is

CST is based on incarnational theology, which starts with real life and then searches Scripture and tradition as a means of assessing the moral issues involved in that particular area of real life.

Must religion exist in a sphere of its own? Some argue that religion is an integral part of real life, and that the distinction between the secular and the religious leads to a dysfunctional relationship between religion and real life, or culture.

Would a secular historian criticise me for venturing to say that the most important event in world history is the death and resurrection of Christ? Must there be an iron-clad distinction between secular and religious history?

One reason is because there are many who disown any form of religion, and therefore seek to record history devoid of any reference to any religion. But what of us who are believers? Social teachings are there to bridge the gap between religion and real life.

Popes John Paul II and Benedict XVI both encouraged the evangelisation of the business and political realms, as does the current pope, Francis. In Evangelii Gaudium (2013) Pope Francis contends that “once we separate our work life from our private life, everything turns grey” — we do not see the soul in the nurse, the teacher, the politician.

Western Europe has been severely de-Christianised and Mass attendance and the use of sacraments are at an all-time low. There are many reasons for this, but one of the most powerful arguments is that Jesus has been excluded from ordinary life and therefore has become largely irrelevant to daily living.

CST is one treasure of the Catholic Church which aims to bring Christ into all areas of life, not limiting him to the poor and sick.

Within the Vatican Pontifical Council For Culture there is the Department of Culture and Sport, which may surprise many. Its first document on sport was released in 2018.

This is truly the Church, reaching out to the real world, in the spirit of Vatican II.

Fr Pierre Goldie is a priest in Cape Town. This is the first in a series of monthly articles on Catholic Social Teachings.