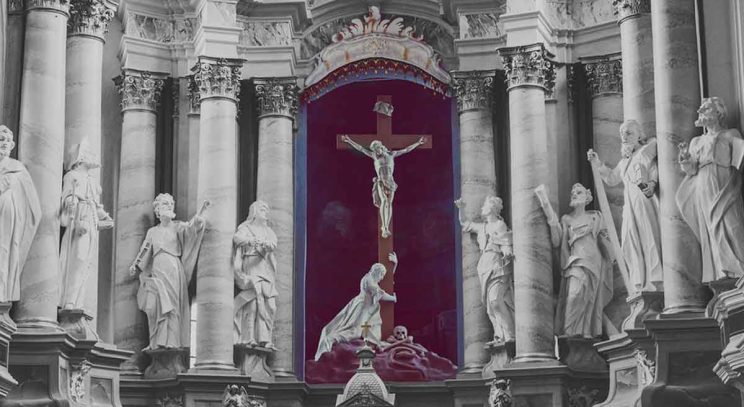 General Intention: For a generous welcome of the victims of human trafficking, of enforced prostitution, and of violence.

It is an extremely sad fact that people disappear every day and the world hardly seems to notice. Some end up in the hands of cruel criminals who traffic them into bonded labour or prostitution.

However, occasionally the disappearance of a person, especially a child, hits and holds the headlines. The most memorable example was Madeleine McCann, the four-year-old British girl who went missing from a hotel room in Portugal in 2007.

It is presumed that she was kidnapped, and despite the huge publicity given to the case, and international police investigations, her whereabouts remains unknown.

Why some disappearances catch the world’s attention and some do not is one of the mysteries of the media. However, what the media coverage helped us to appreciate more deeply in the McCann case was just how terrible and traumatic it all was for her family, particularly her distraught parents.

But, thanks to the unusual level of coverage, Madeleine McCann was always a person, never a statistic and so she and her family were given what most victims of trafficking do not receive — sympathy, solidarity and practical help.

More than ten years after her disappearance, there is still media interest in the case. Her parents say they will never give up the search to find her.

Our task as Christians is to resist making people who suffer in this way into mere statistics.

We must look at the individual cases to remind ourselves of what happens to so many people.

In Denied Acess, a film recently released by the Jesuit Refugee Service and the Jesuit Institute, Holy Cross Sister Francis Grogan is interviewed in the centre that her community runs in Mussina. She cited the terribly tragic case of a young woman migrant from Zimbabwe who got lost in a game farm on the South African side of the border and was killed by lions. It is hard to imagine the grief suffered by her family and friends. (see the film at https://spotlight.africa/

We are dealing here with systemic violence, a whole diabolical structure which forces people to take terrible risks and which makes it possible for the most callous criminals to treat people in ways resembling the slave trade of earlier times.

A further element in our task as Christians is to examine the economic world that we have made, this system which makes these forms of modern slavery possible and profitable. We must be convinced that “another world is possible” — one in which there is neither the push of economic desperation nor the pull of organised criminal trafficking, and small children and vulnerable adults do not simply disappear.

As Christians we are being asked by God to stand out from the crowd of popular politics of today which would simply send these desperate people back to the misery from which they have escaped.

The example of the mayor of Palermo in Sicily, Leoluca Orlando, who courageously welcomes refugees and migrants to his city, is prophetic. In June 2018, in defiance of orders from the Italian government, Mr Orlando stated that he would allow a ship carrying 629 migrants rescued off the coast of Libya to dock in the city.

“We have always welcomed lifeboats and vessels which have saved lives at sea. We will not stop now,” he said. His example could well have inspired this intention.

A brief video on this theme, featuring Pope Francis himself, can be viewed at www.popesprayerusa.net/category/pope-video/