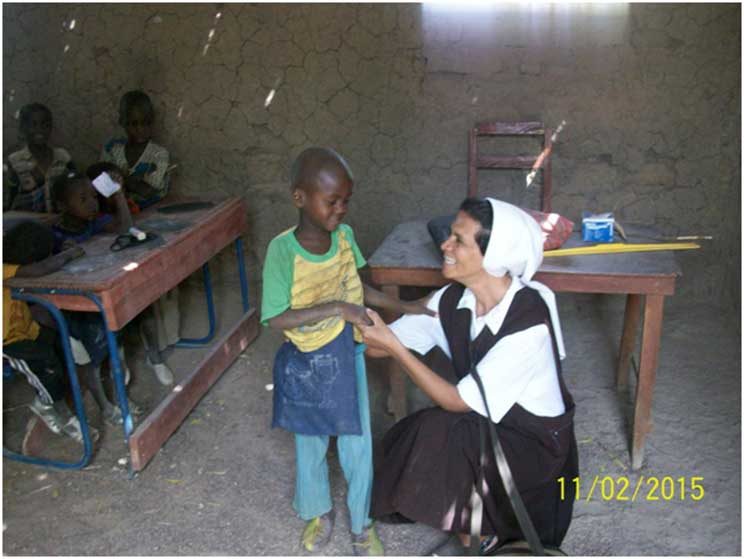 Sr Cecilia Argoti, seen working with children in Mali, was kidnapped by jihadists in 2017 and has not yet been released.

Fr Sean Collins CSsR, Howick, KZN – In this new year, I would like to  draw attention to the plight of Colombian Sister Cecelia Gloria Navaerez Argoti, a Catholic nun kidnapped by jihadists in Mali in February 2017.

In a video clip sent out in February 2018, a year after her abduction, Sr Cecelia was recorded begging those in authority in the Church to comply with her captors’ demands and secure her release.

While the wealth of the Vatican and indeed the bishops’ conference of Mali has been well documented, I protest that ransom for Sr Cecelia’s release has not yet been paid.

What has become of the age-old Catholic tradition of ransoming the freedom of Catholic captives from the Moors? Why has a worldwide collection not been made to pay for her ransom, and that of other Catholic nuns and priests currently being held captive in Nigeria?

How could we possibly have celebrated Christmas knowing that Sr Cecilia spent her second Christmas in captivity with her captors?

I cannot comprehend so many of our own people seeming to “look the other way”.

Let us redouble our prayers and best efforts at this time of grace.

More in Christian Living, Church, Crisis, Letter of the Week

By Stephen Syambi - It is sometimes suggested that culture is “evil”. Culture includes the concepts, habits, skills, art, institutions, instruments...