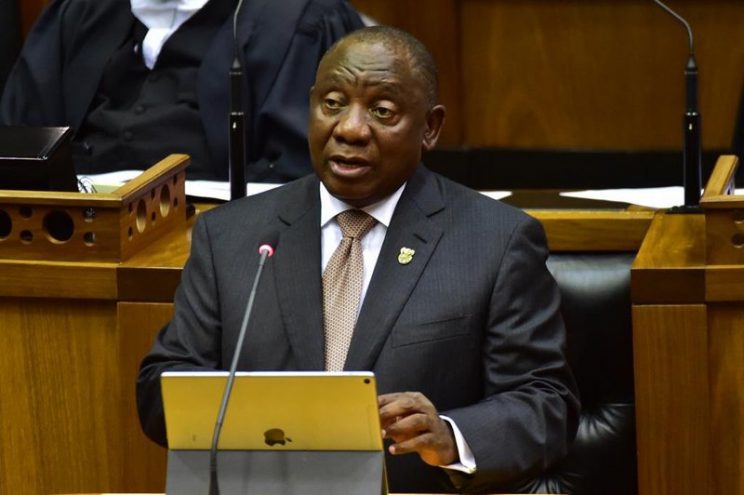 In a position paper on President Cyril Ramaphosa’s 2019 State of the Nation (SONA) address, a Church analyst said that a year after President Jacob Zuma’s departure, the state of South Africa is “politically, if not yet economically, much better.”

Mike Pothier, programme manager of the Catholic Parliamentary Liaison Office (CPLO), said Ramaphosa had honoured the commitments he had made at last year’s SONA, when he was only a week or so into the job.

Minister Bathabile Dlamini was moved out of the social development portfolio, new service providers have been appointed, and grants have been paid without interruption.

Many of the most corrupt and ineffective members of SOE boards have departed (some are facing criminal charges) and in some cases new boards have been appointed, Mr Pothier noted.

He also pointed out that a new, untainted head of the National Prosecuting Authority has been appointed after open and transparent selection.

And the promised Commission of Inquiry into the SA Revenue Service (SARS) was established, carried out its work, and made its recommendations, including the dismissal of SARS commissioner Tom Moyane.

Mr Pothier also noted that last year’s suggestions of a jobs and investment summit were achieved, as well as the creation of the Presidential Economic Advisory Council.

“This degree of follow-through is something new; in the past it has been very difficult to identify such clear implementation of one year’s promises by the time the next year’s speech has been delivered,” he said.

“All this provides cause for optimism regarding some of the latest commitments,” he added.

“Perhaps the two most important are the unbundling of Eskom and the establishment of an investigative directorate within the NPA to focus on corruption and state capture,” Mr Pothier said.

Eskom is on the brink of financial collapse. Corruption and mismanagement have played their part, but it is also far too large and unwieldy an organisation. “The idea of splitting it into three parts — generation, transmission and distribution — has long been floated as a way of increasing efficiency and facilitating public-private partnerships, but this step has been opposed by powerful trade unions because they realise that increased efficiency entails a loss of jobs in this most bloated of the parastatal organisations,” Mr Pothier said.

“That the president has committed himself to this path in an election year shows how desperate the situation is; and, equally perhaps, how determined he is to face up to reality,” he said.

The same thinking applies with regard to the envisaged investigative directorate in the NPA. Mr Pothier said that ever since the demise of the Scorpions, activists have been demanding a prosecutor-led entity to focus on corruption. The Hawks have been largely ineffective, and the police’s crime intelligence capacity was purposefully eviscerated by the Zuma regime.

The new directorate, he said, will have no shortage of material to work with, given the evidence emerging from the various judicial enquiries under way.