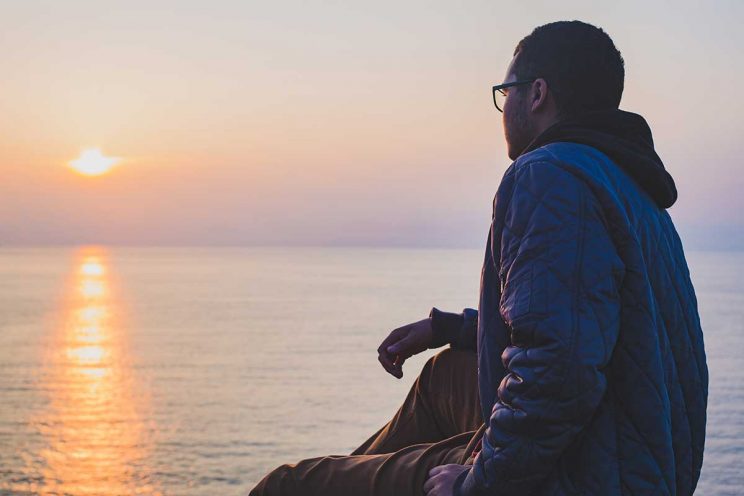 A life lived selfishly, corruptly or filled with hate is a life that is useless, shrivels up and dies, Pope Francis said in a morning homily.

On the other hand, life has meaning and value “only in giving it in love, in truth, in giving it to others in daily life, in the family,” he said at Mass last week in the chapel of his residence, the Domus Sanctae Marthae.

In his homily, the pope reflected on the four individuals in the day’s Gospel reading from St. Mark (6:14-29): King Herod; his brother’s wife, Herodias; her daughter, Salome; and St. John the Baptist.

Jesus had said “there has been none greater than John the Baptist,” but this saint knew the one to be exalted and followed was Christ, not himself, the pope said.

The saint had said, it is the Messiah who “must increase; I must decrease,” which he did, even to the point of being thrown into a dark prison cell and decapitated, Pope Francis said.

“Martyrdom is a service, it is a mystery, it is a very special and very great gift of life,” the pope said.

Those responsible for St. John the Baptist’s death, however, were either tricked or inspired by the devil, he said.

“Behind these figures is Satan,” who filled Herodias with hatred, Salome with vanity and Herod with corruption, he said.

“Hatred is capable of everything. It is a huge force. Hatred is Satan’s breath,” he said. “And where there is corruption, it is very hard to get out of it.”

Herod was caught in a bind; he knew he had to change his ways, but he couldn’t, the pope said.

John had told Herod it was unlawful for him to marry his brother’s wife, Herodias, who held a grudge against John and wanted him dead. Herodias instructed her daughter to ask for his head when Herod — enchanted by Salome’s dancing – promised her anything she wanted.

Therefore, John the Baptist was killed on the whim of a “conceited dancer” and because of “the hatred of a diabolical woman and the corruption of an ambivalent king,” the pope said.

If people live life only for themselves and to keep their own life safe, the pope said, then “life dies, life withers away, it is useless.”

“It is a martyr who lets his life fade away bit by bit to make room for the Messiah,” he said, and who says, “I must diminish so that he is listened to, is seen, so that he, the Lord, is made manifest.”