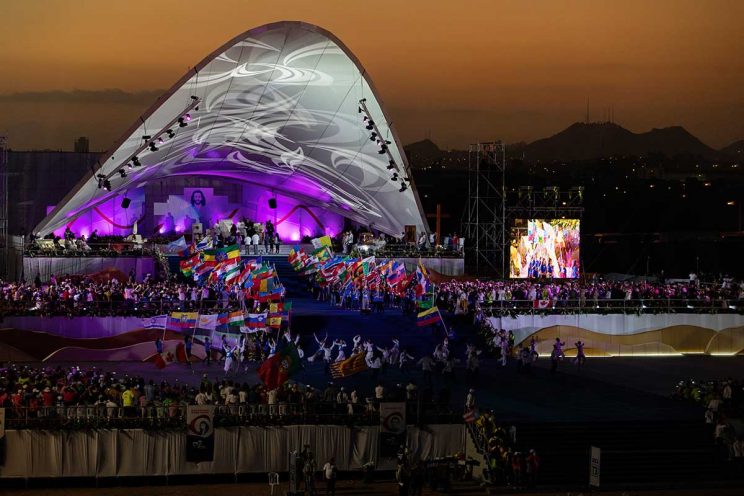 The announcement that the next World Youth Day, in 2022, will be held in Lisbon, disappointed many Africans who are still waiting for the event to be hosted on their continent.

There are indeed good reasons to have a WYD in Africa. For one thing, Pope Francis seeks to go to the peripheries. Appointing Panama to host WYD was an example of that; awarding it to Africa would be another.

The continent has the fastest-growing Catholic population in the world, and it rarely hosts the Catholic world for popular events, such as WYDs or Eucharistic Congresses. Africans state a valid case when they claim feelings of exclusion.

At the same time, it is also true that cities, African or otherwise, have to bid for such events.

The Church in Southern Africa — one of the more plausible candidates to host events such as WYD — is still contemplating the possibility of applying to host a WYD. Such a decision requires thorough thinking, deep research and exploratory negotiations.

This year’s WYD in Panama City, and 2013’s event in Rio de Janeiro, provide our Church with valuable case studies, since South Africa shares some similarities with those host cities.

Panama, Brazil and South Africa are societies in which extreme wealth and abject poverty live cheek-by-jowl. The social problems which huge inequality gaps create are not dissimilar. Unlike Panama, South Africa has already proven that it can host massive events, including the biggest of them all: the football World Cup.

Unlike Panama, South Africa has already proven that it can host massive events, including the biggest of them all: the football World Cup.

Panama did a marvellous job of hosting an almost flawless WYD, in which the niggles were of a bureaucratic rather than logistic nature.

And in doing so, Panama had some advantages over any South African city which might have ideas of hosting a WYD.

The national and civic governments were highly engaged and motivated partners in providing a logistical report for WYD (which included, as it was in South Africa in 2010, the removal of homeless people from the urban streets).

Clearly, this was seen as a prestige project by politicians in a country where 85% of the population is Catholic, and the hundreds of millions of rands it costs to stage the event were seen as worth the public investment.

And in a mainly Catholic country, it is easier to justify the expenditure on what, in political terms, is a prestige project than it is in a country where the Catholic Church is a minority, as it is in South Africa. To what extent would the South African government be willing to support a Catholic event, even one that might bring in a few hundreds of thousand of people to the country?

To what extent would the South African government be willing to support a Catholic event, even one that might bring in a few hundreds of thousand of people to the country?

Would the host city’s metro be willing to offer hundreds of thousands of young pilgrims free transport for a week?

To what extent would business be involved, in funding and providing free services to pilgrims?

Would society put up with serious inconveniences like road closures? Would non-Catholic residents welcome masses of young Catholics on their streets?

Would a South African WYD get the public buy-in? Would it attract the 20000 volunteers which Panama fielded to stage a successful event?

And what of the South African media, which barely registers that the Catholic Church exists outside bubbles of scandal? Would they support a venture such as WYD, especially if funds that could be used for social projects are diverted to a festival for a minority religion?

And would South Africa’s faithful be motivated to muster the necessary enthusiasm to promote and aid WYD? Most importantly, could South Africa guarantee the safety of pilgrims who, by force, would do a lot of walking?

Most importantly, could South Africa guarantee the safety of pilgrims who, by force, would do a lot of walking?

There are also financial concerns for the local Church. If South Africa were to host a WYD, would foreign donors get the idea that the Church here no longer needs funding?

And could the Church absorb potential shortfalls in funding for hosting WYD, with the attendant risk of assuming an oppressive burden of debt?

The reasons why South Africa should and could host a WYD are obvious, but before these are tabled, the local Church will need to address all the reasons why it might not be able to.

Only then would it make sense to decide whether to issue a bid to the Vatican.