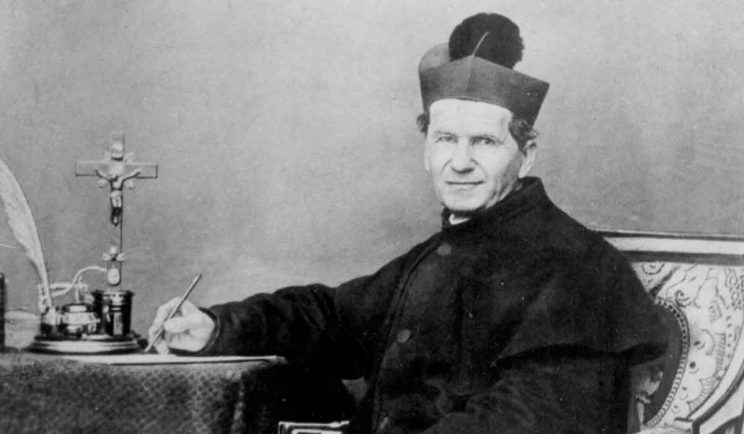 A priest must be able to see the people around him as his children, as brothers and sisters, and must be willing to risk everything for them out of love, Pope Francis said in his morning homily.

In fact, the best example of this kind of priest is St John Bosco, the founder of the Salesian order, he said on the saint’s feast day.

The 19th-century Italian saint, who saw so much poverty and so many children living on the street, was able to see the world around him with the eyes of “a man who is a brother and also a father and said, ‘No, things cannot go on this way!'” so sought to make things better, the pope said in his homily during morning Mass at the Domus Sanctae Marthae.

But, the pope said, this priest also had “the courage to see with the eyes of God and go to God and say, ‘Let me see here. This is an injustice. … You created these people for (a life of) fullness and they are in the midst of a real tragedy.'”

A priest needs to have both ways of seeing things – being moved by tragedy on a purely human level, yet inspired by the divine “to have the courage to go there and fight,” the pope said. “A priest is someone who fights with God.”

St. John Bosco did not approach the poor and troubled kids “just with the catechism and the crucifix,” he said. If he had started with doctrine, telling the kids, “‘Do this…’ the young people would have said, ‘Yeah, right. See you later.'”

Instead, St. John Bosco approached them with youthful vitality, letting them play, bringing them together as a group, like brothers, listening to them, crying with them, leading them forward and always being down-to-earth, he said.

But there is always the risk a priest may only see things from a human point of view and “nothing divine” or, the alternative “too divine and nothing human,” he said.

“But if we don’t take a risk we will do nothing in life,” he added. Those risks include being persecuted, gossiped about, criticized, for example, that “this priest is there on the street” with ill-mannered kids who “break the glass of my window” with their soccer ball.

St John Bosco received from God the great heart “of a father and a teacher,” said Pope Francis, who briefly attended a Salesian school in Argentina.

The sign of a good priest, who knows how to see things with the eyes of God and a human being, is joy, and St. John Bosco was a great “master of joy,” he said. By Carol Glatz Catholic News Service

Pope: Let Yourself Be Consoled By The Lord