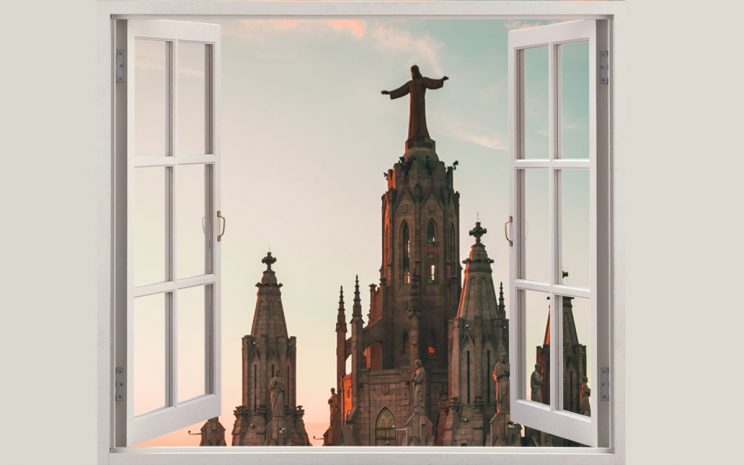 Guest editorial: Michael Shackleton – Like a coin, there are two sides to the Church. One side faces the world around it. The other side is seen and experienced by its faithful people in their worship, charity and discipline.

Pope John XXIII, who convened the Vatican Council of the 1960s, said he wanted to “throw open the windows of the Church and let the fresh air of the Spirit blow through”.

His idea was that after the destruction  and confusion caused by World War II, the Church would again implore the gifts of the Holy Spirit to reanimate it. It was a time when the repercussions of that cruel war had tempted Catholics to sit back and wait for things to settle down again peacefully.

Pope John’s initiative prompted the Church to recall its immediate and essential task of proclaiming in all seasons its Good News to the world, and shepherding its flock in holiness of life, faith and good works.

In its relationships with outsiders, the Church is willing to work with religious, charitable and humanitarian undertakings to spread its Christian message of peace and hope for humanity.

In so many ways, acknowledged or not, the Church has a positive public face, evidenced by its capacity to influence universal attitudes to poverty, global warming, destructive capitalism and even capital punishment.

Only a week ago, during a global conference in Abu Dhabi, Pope Francis joined the Grand Imam of al-Azhar, Ahmed el-Tayeb, to sign “A Document on Human Fraternity for World Peace and Living Together”.

Heroic clergy, religious and lay folk operate in atrocious conditions globally to bring support and comfort to refugees, addicts of all types and those in need. They do so because they love Christ and serve him by serving others. Today’s Church is not shirking its ad extra mission.

It is therefore not a pleasant thing to admit that in recent years the Church ad intra has been seen through Pope John’s “open windows” to have many skeletons in its cupboards.

There have been protracted cases of bad blood between conservatives and progressives that have raised the spectre of scandal in the halls of power.

Worse, there is the heart-rending history of innocent individuals who, in alarming numbers, have been abused sexually by clerics, religious and others who apparently have lost their sense of vocation in service of God’s people.

This is our Church, the Body of Christ, human yet living with divine life. It has the ability under the power of the Holy Spirit always to revitalise itself ad intra as an imperative.

Our dioceses, parishes, schools and homes are where this happens. It is here that the Church’s interior life thrives and spreads.

We know this. Let us get on with it.