Having travelled to Panama City for World Youth Day, GÜNTHER SIMMERMACHER shares his impressions of the event and the people who made it happen. See the video below for a set of his pictures, supplemented by more from Catholic News Service.

After a week of catechesis, Masses, devotions, encounters, singing, flag-waving and much fun, the Saturday vigil and the closing Mass the next morning were perhaps the biggest adventures at World Youth Day 2019 as they combined the reverence of faith with a big party and fellowship on a huge camping site — albeit one with a very distinctive agricultural scent — on which these 600,000 pilgrims (according to Vatican figures) spent the night. 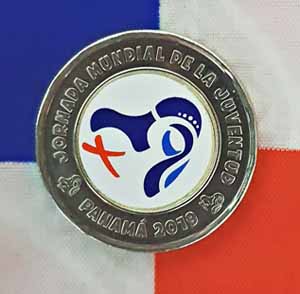 They had to walk a substantial distance — many three to four hours — in punishing heat to get to the field. The organisers billed it as a “pilgrims’ walk”, and not just to mask the absence of transport possibilities. It was indeed a Camino in every way, and an experience of Christian solidarity as generous residents along the route gave pilgrims refreshments, let them use their toilets, and even hosed them down with water.

To get to the starting point of the pilgrims’ route, the young people had to find their own way. Some got transport from their host parishes or used public transport. A group from Namibia travelled from their host parish of Santa Cruz on the notorious diablo rojos, the brightly painted buses that are Panama City’s counterparts to South Africa’s minibus taxis, right down to the pumping rap music and cavalier relationship with the rules of traffic.

Of course, there is a metaphorical journey as well. By the time these young people arrived at Metro Field, renamed Campo San Juan Pablo II for the occasion, they were transformed. Few participants return home without the WYD experience having changed them.

These changes may differ from person to person, but usually they are faith-deepening, having experienced faith, its devotion and joys, and shared it with other young people from all over the world.

At WYD they were one Church, the universal Church. An exuberant, lively and joyful Church. And when the situation called for it, an instantly reverent Church.

In Panama City these qualities were fed by the deep faith of the locals. Panama’s population is 85% Catholic and signs of the faith are everywhere: on the streets named after saints, in taxis which display statues of saints and rosaries, even in a pharmacy in the traditionally working-class suburb of Rio Abajo which besides its pharmaceuticals, airtime and adventurous aphrodisiacs sold a comprehensive range of statues of saints (but also the problematic Santa Muerta).

The warmth of the Panamaian people provided a witness of Christian love. In a society with its own problems and very visible economic inequality, there was a unifying pride in hosting the world. 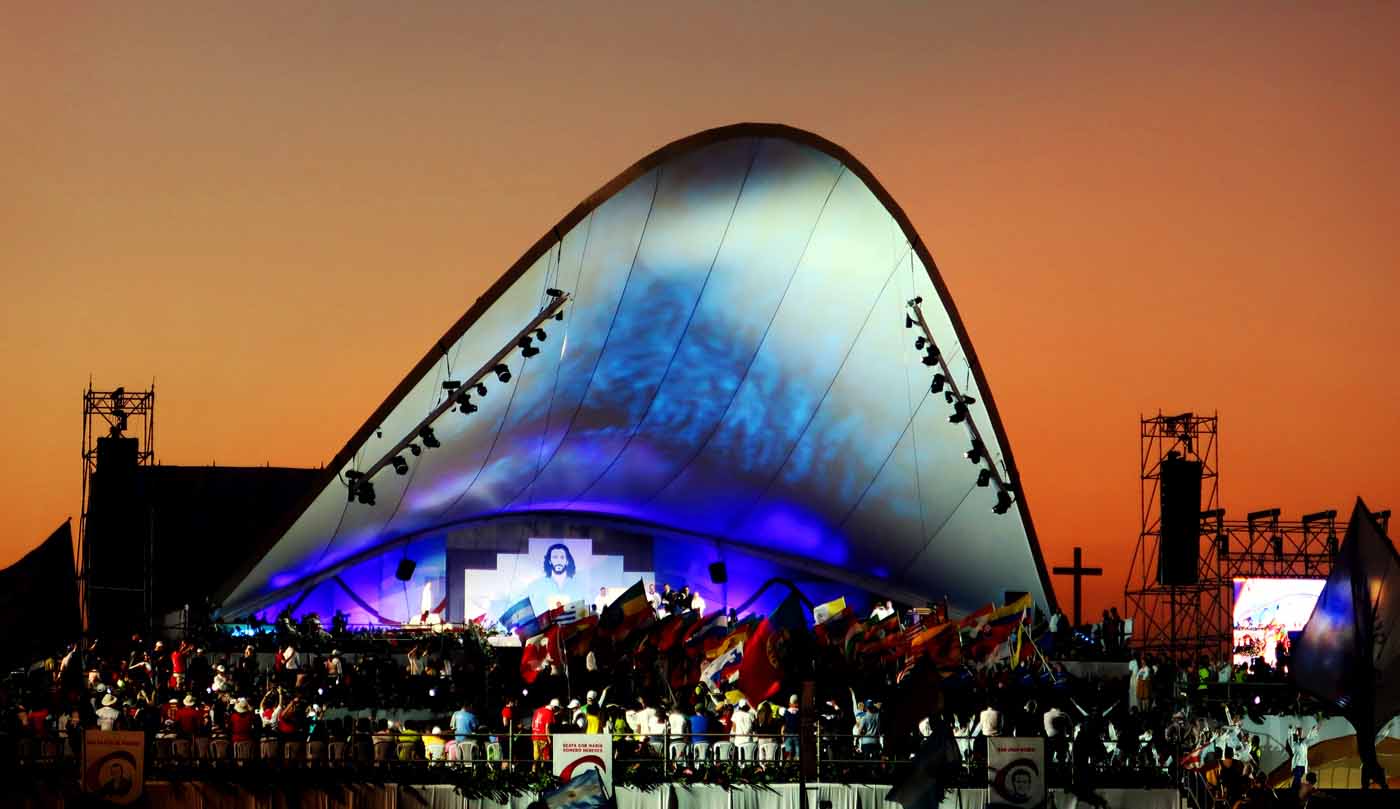 The sun goes down as Pope Francis presides over the World Youth Day Vigil in Pamama City. (Photo: Günther Simmermacher)

The WYD logo was everywhere: on welcome banners, on flags, on car mirrors, on shop windows, on the shirts of locals. The mint even produced a special one balboa coin featuring the WYD logo.

It was a unity in spirit that called to mind the common purpose in South Africa during the 2010 World Cup. Like South Africa, Panama City will come down from that high, and face its ongoing problems. But all of that took a backseat to the festival of faith, the unity of the Church on action.

Pope Francis and the youth

The guarantor of that universal Church is, of course, the successor of St Peter. And like his predecessors, Pope Francis was the mortal star of the show.

In a Spanish-speaking country and at an event that drew most of its pilgrims from Latin America, the Argentine pope was in his linguistic element. Those who could understand him cheered often and loudly at his messages. Those who couldn’t simply revelled on his presence. Even if he was a dot on a distant stage, or an image on the screen — the pope was very present.

The young people rewarded him with chants in his honour. Pope Francis has a way of working up a crowd. He is not a great orator, but he connects with the people.

He had many things to say to the young people, and in many ways did so on their terms. He used the terminology of influencers (Mary wasn’t an influencer, and yet became the “most influential woman in history”), apps and clouds (life, he said, is not a “new app” to be discovered nor “a salvation up ‘in the cloud’, waiting to be downloaded”). 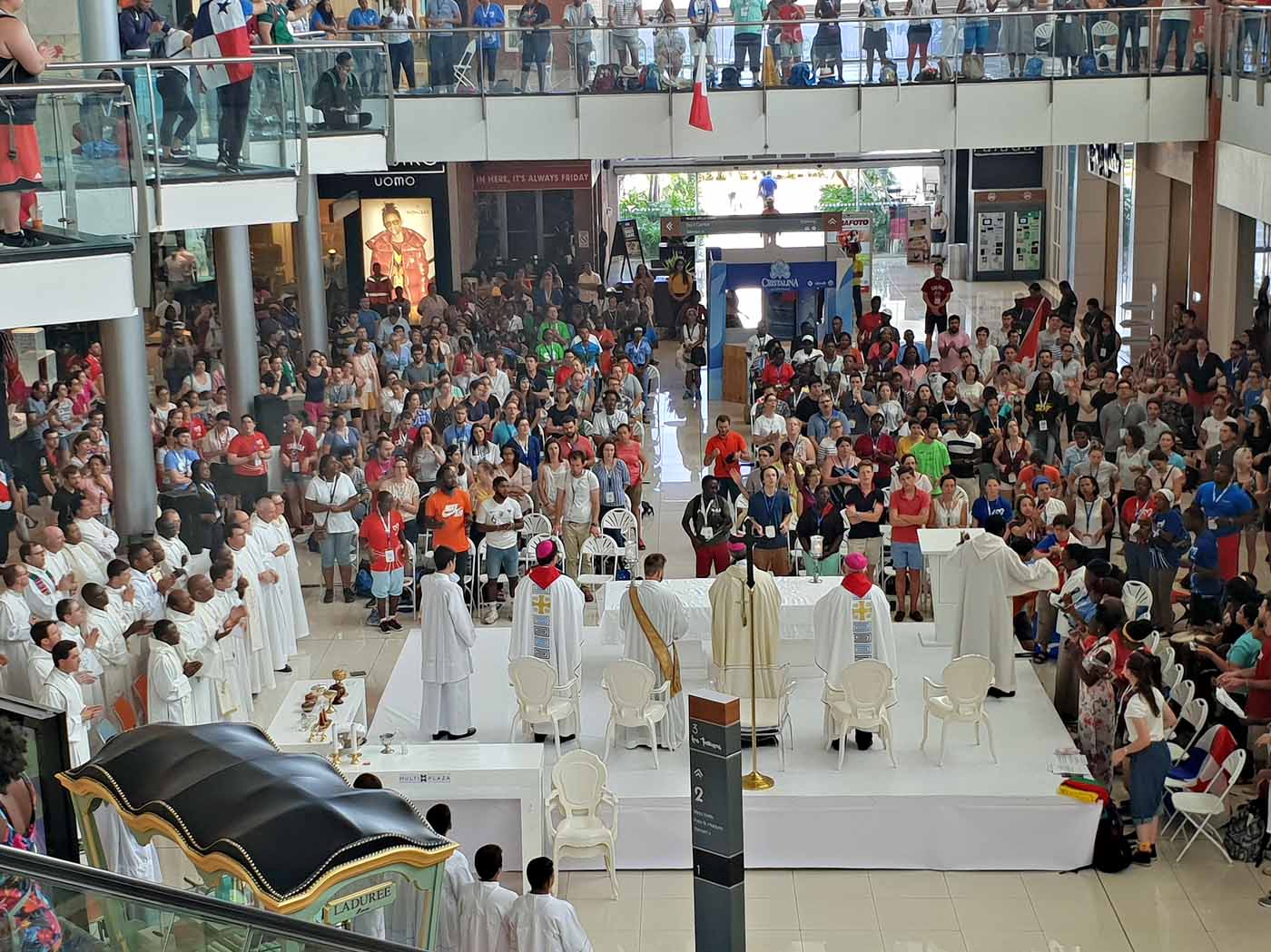 Panama City hosted an impressive youth festival. Aside from some accreditation shambles affecting press and even bishops, the event was very well and thoughtfully organised. The papal events were beautifully staged and choreographed, with due reverence, colour and Latin American rhythms.

The real heroes of WYD were, however, not the organisers nor the clergy, nor the pope, whose programme was tiring just to follow. The real heroes were the 2,245 local and foreign volunteers who performed a self-sacrificing service to the People of God who came to Panama to celebrate and deepen their faith—always with love and a smile.

• The Southern Cross‘ presence at WYD was sponsored by Fowler Tours (www.fowlertours.co.za)