Open the Church to Celibacy Debate 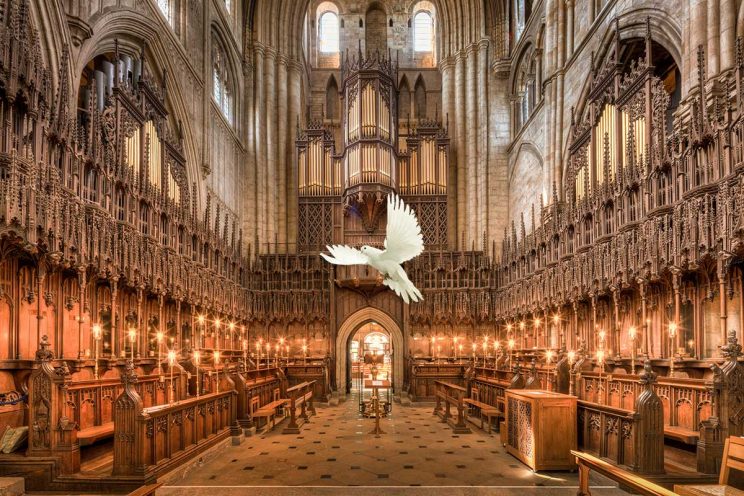 I find it quite strange that when there is debate about whether the Catholic Church should ease its compulsory celibacy discipline, many protest against it.

But maybe it is time that the Church evolves and shifts her thinking, as in the 1960s with the implementation of the Second Vatican Council.

Perhaps we should allow the Holy Spirit to direct us in guiding us towards what would be best for the people of God, and those tasked to go out and make disciples of all nations in the role of priest.

Often I kneel in adoration before the Blessed Sacrament and think about what my life would be like if I had answered the call to become a priest. I opted for marriage, and I am very happy in having answered that call to be a husband and now a father to our baby girl.

However, if the married priest option was available to me, I would grab it with both hands.

It is something I prayed about in my youth, but God also called me to be a family man. Perhaps one day I will study theology and pray for a vocation in the diaconate.

There is an inconsistency in us accepting Anglican priests and their families into our clerical fold, but when a Catholic priest decides to pack his things and leave the lonely life of being a bachelor, often he is left alone with just the clothes on his back.

Sadly, the process of theological training at seminaries does not equip some priests to live and work in the secular arena.

Many congregations and orders do actually get their religious to back their ministry with something which can assist in their proclamation of the Gospel in the secular world.

But often our diocesan priests, many of whom decided to join the seminary straight out of school, are not ready for the “outside world” if they ever opt to leave the priesthood.

Many of these men who have sacrificed their time and their lives in building up the Church are left to struggle and suffer on their own.

I know of cases where bishops and other clergy have been nasty to priests who have decided to answer God’s “other” call.

It’s like we forget that St Peter, the first pope, was married. And so were many other Latin-rite Catholic priests, bishops and popes of the early Church.

One of the reasons why mandatory celibacy for Latin-rite priests was implemented was to end corruption and nepotism by married clergy.

Many bishops, and even popes, were married with families of their own. They would often give Church land to their children. The corruption even extended to some popes manipulating their sons or nephews into being next in line to the papal throne.

Today, regulations could be put in place to ensure that this sort of corruption is kept out of our Mother Church—and we could take a few leaves out of the books of other churches which allow married clergy.

Juggling the life of being a married man, a father, and priest cannot be easy, but it is not impossible.

I am not advocating that the Church be obligated to support married priests, their wives, children, and lifestyles.

Rather, I ask that the Church consider relaxing its celibacy laws so that married priests go out and work in the secular arena while those who opt to remain celibate be supported by the Church (if need be).

The Anglican Communion, Eastern Orthodox Church, Eastern Catholic rites and others have existed for centuries with married and celibate clergy. The difference between us and them is that they give their clergy the option to choose.

Often when I have brought up my concerns about the compulsory celibacy laws with fellow Catholics, many have told me that if I don’t like it, there’s the door, I can leave and join another church. How frustrating to seek important debate and be shrugged off by fellow Catholics!

Clerical celibacy is a discipline, not a teaching. A Catholic can be critical of obligatory celibacy without being in conflict with any Church doctrines.

I am a devout Catholic and I love the Church, but things need to change, things need to improve, and I will continue to fight for this; but I am not leaving, this is my spiritual home.

As I continue this journey in fulfilling my role as a husband and new father, I still yearn to serve Christ a little closer, to be closer to him in ministry.

I continue to pray that one day the Church will allow the Holy Spirit to renew it again and that if it be the will of God, the celibacy ruling is eased and that those incredible priests who have opted to get married be welcomed back with open arms.

But right now, let us be more supportive of these men, who have made a difficult choice in leaving their ministry to answer God’s other call, and acknowledge that even though they have “left”, they are all “priests forever in the order of Melchizedek”.