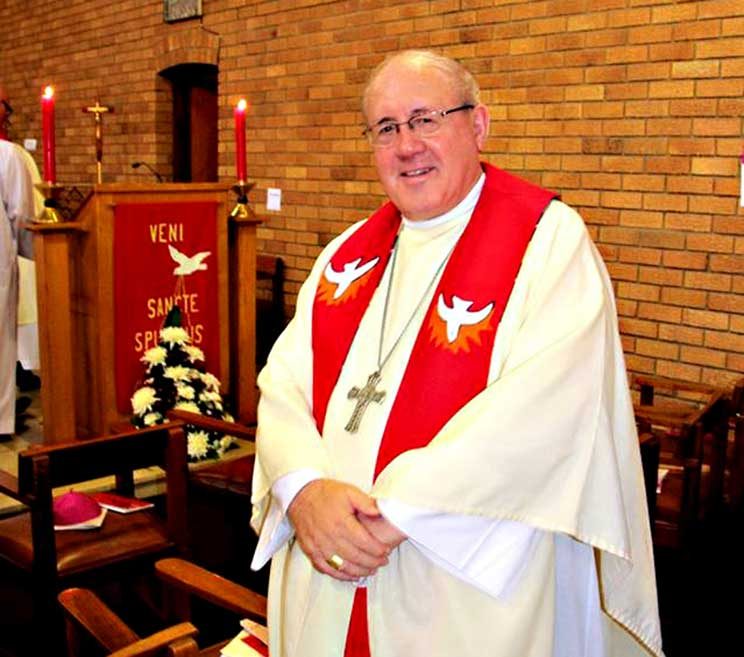 Marking his silver jubilee as a bishop, the archbishop of Pretoria urged priests to find the meaning of their vocation in faith, to trust God, to be ministers of the Word, and to have initiative in supervising the ministries of the archdiocese in their parishes.

“God’s grace is expressed in and by the ministries of the Church. Let all parishes and sodalities and individuals seek to contribute,” Archbishop William Slattery said in a letter addressed to his priests.

The Irish-born archbishop turned 75 last September. He was ordained bishop of Kokstad on February 19, 1994, succeeding his Franciscan confrere, Bishop (now Cardinal) Wilfrid Napier, who had been transferred to Durban.

He was appointed archbishop of Pretoria in December 2010.

In his letter to the clergy of his archdiocese, Archbishop Slattery urged priests to support the welfare of young families, especially through the parish, but in doing so let the laity lead.

“Since perfect families do not fall down from heaven, parish communities must make every effort to support couples in preparation for marriage and accompany them especially in the early years,” the archbishop said, adding: “Here is a field where the lead can come from the laity.”

He also encouraged priests to support the youth, by evangelising them and giving young people the freedom to lead.

Archbishop Slattery reminded the priests that the youth are not the future of the Church but “the Church present already, now”.

“Every generation is like a new continent to be won,” he said. “The youth are the agents of evangelisation to each other and to the whole Church. They must be encouraged to be the missionary disciples who will bring the light of faith to their peers.”

The archbishop also urged parishes to have sodalities for children “which will engage them not only in catechetics but [also] in the work of service”, saying: “By participating they become.”

With so few Catholic children in Catholic schools, the responsibility of parents and parishes in evangelising children and the youth is important, he said..

“While we have archdiocesan committees zealously at work, our volunteers need urgent assistance from parents and supervision from priests. Can we engage seriously with post confirmation young adults?”

A great challenge this year is the May 8 election. It is a task for all parishes and sodalities to oversee a peaceful and free national election, he noted.

As South Africa prepares to mark 25 years of democratic government, we must reflect whether the country has achieved reconciliation in any way, the archbishop said.

He recalled that at a workshop for priests in December, many spoke “of the cry of so many people for healing: healing due to physical affliction, mental stress, psychological pain, emotional loss, spiritual fear, guilt, and evil forces”, Archbishop Slattery noted.

Jesus, he said “spent much time responding to all these needs in his time; the Church prolongs this work of Jesus”.

“We must as communities and priests offer much more practical healing, involvement and deliverance to all who plead with us. The Church not only has the means to make a great difference to our suffering friends—we have a serious responsibility to do so,” he said.

“Starting with the great sacraments of the Church — the fingers of Jesus — we have the rituals, blessings and sacramentals which have grown from the tradition and experience of the years,” the archbishop said.