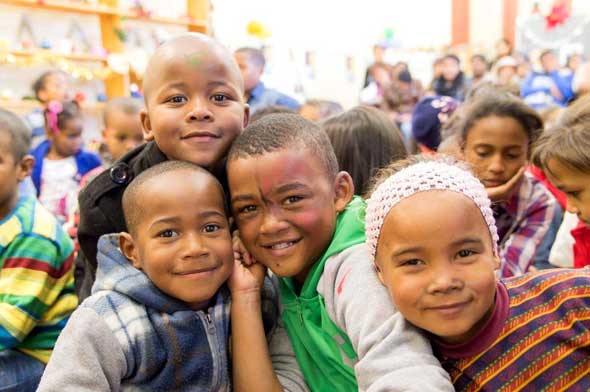 Children attend a Christmas in July function – one of the projects run by the CWD.

The closure of Catholic Welfare Development may have come as a surprise to many, but that wasn’t the case for the financial administrator of Cape Town archdiocese, who says the CWD which closed in 2018 was not the organisation he served as a volunteer in the 1980s.

In a letter published on the archdiocese’s website, Graham Wilson recalls that his misgivings started as far back as November 2017.

“As the financial administrator of the archdiocese of Cape Town I was concerned that CWD had defaulted on the repayment of a substantial short-term loan of R600000 to the archdiocese,” Mr Wilson said.

“All the evidence presented by CWD’s management had given us every reason to think they would not have difficulty repaying the loan on time and in full. But the evidence was wrong, and subsequent assurances and excuses, while plausible at first, began to wear thin,” he said.

Archbishop Stephen Brislin, CWD’s patron, began receiving reports that the organisation was struggling to pay its staff and suppliers. On several occasions, he relayed these reports and his unease to CWD’s senior management. They continued to assure him that it remained financially sound.

Mr Wilson said that by the time he attended a meeting called by the archbishop in February 2018 with CWD’s chair and vice-chair, his misgivings had given way to alarm.

At a joint meeting between the organisation’s board and the archdiocesan finance council in May, it was agreed to appoint an auditor to compile a report on CWD’s finances.

According to Mr Wilson, the auditor reported inadequate cooperation from CWD’s management.

“Observers may question why the archbishop didn’t directly intervene at CWD,” Mr Wilson said. “The answer is he couldn’t. He was not legally able to direct CWD’s affairs, institute disciplinary steps against employees or fire board members.”

A review found “very little money in the [bank] accounts” of CWD, a huge tax debt, and financial irregularities.

In August and September 2018, under new chair Arthur Johannes, the board took decisive action.

When three board members resigned, bringing the number of members below the minimum required by CWD’s constitution, Archbishop Brislin could intervene in terms of the constitution and appoint interim replacement board members.

Mr Wilson was then appointed to the board of CWD, a year after his initial misgivings.

The new board appointed an interim director,  Walter Tarr.

“Together we got to work and after only a few weeks it was glaringly apparent that the only action possible in the face of insurmountable debts — of at least R17 million — was to retrench staff and cease operations,” Mr Wilson said.

Once informed by the board of their decision in late October 2018, Archbishop Brislin immediately alerted the clergy and religious of the archdiocese. He followed up in early November with a detailed briefing in person to priests and representatives of all parishes, and in December he wrote a general letter to all Catholics in the archdiocese. Subsequent letters and general briefings have continued into 2019.

CWD’s debts will be settled by the sale of a significant portion of its properties, Mr Wilson said.

“The organisation will continue to function in name until all its debts have been paid and its affairs, including all outstanding legal matters, have been settled,” he added.

Buckets of Love to be Filled Again!