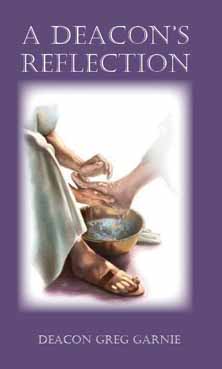 Pope Paul VI reinstated the permanent diaconate into the Church’s ministry in 1967. His motu proprio “Sacrum ordinatus ordinem” received a cool reception from the clergy who, generally, were slow to accept that a permanent deacon could join priests in holy orders.

I remember a priest irritably assuring me that he would not let any deacon “jostle” him in the sanctuary. He argued that permanent deacons had died out in the fifth century.

To top off his distaste for a future with permanent deacons, the priest professed that he had worked with many catechists in missionary areas and all had done what a deacon can do: baptise, bless marriages, take communion to the sick, conduct funerals and lend a sympathetic ear to anyone who wants the consolation of prayer and compassion.

Pope Paul’s decree took a very different approach. It acknowledged that although some functions of the deacons, especially in missionary countries, were in fact entrusted to lay men, it would be beneficial that “those who perform a truly diaconal ministry be strengthened by the imposition of hands, a tradition going back to the Apostles, and be more closely joined to the altar so that they may more effectively carry out their ministry through the sacramental grace of the diaconate”.

Paul VI added that “in this way the special nature of this order will be shown most clearly. It is not to be considered as a mere step towards the priesthood, but it is so adorned with its own indelible character and its own special grace so that those who are called to it can permanently serve the mysteries of Christ and the Church”.

We had become accustomed to deacons being no more than men on a stepping stone to priesthood, known as transient deacons. Paul VI’s decree that they were now to leave that stepping stone and step out into their own divinely appointed and permanent ministry, needed some digesting before it could be taken seriously.

In many parishes, the deacon as a liturgical assistant to the priest at Mass is the only image they have of the role of the diaconate. Deacon Garnie demonstrates why the diaconate is indeed far more than that.

In a historical backdrop, he recalls how the Apostles were overworked in their pastoral care for the first converts. They chose seven men to share in their ministry (Acts 6 and 7).

These deacons were the first recorded ordained ministers after the Apostles themselves to give charitable and missionary care to new Christians, even before the presbyterate.

The greatness of their missionary appeal is described in the martyrdom of Stephen and how Philip baptised the Ethiopian.

After the Apostles, the ministerial diaconate flourished and deacons exercised their sacred role in administrative and pastoral positions at all levels. Historical records provide particulars of the assistance they rendered to their bishops.

Their decline in status and ministry around the fifth century stemmed from apparent rivalries with priests, who effectively elbowed them aside because they did not have priestly sacramental powers.

Deacon Garnie tells us of some bishops in Southern Africa who are reluctant to restore the permanent diaconate to their dioceses because of real or imagined fears of the rise of ancient tensions.

There is also the reality of some bishops who hesitate to allow married deacons to join celibate priests in the rural pastoral field, because the celibate priest is not as highly esteemed and accepted there as the married man, which can place the priest at a disadvantage in the community.

The author envisages the deacon’s role as specially influential when, in remote areas where priests are in short supply, pastoral work can be pursued by married clerics who share faith and culture with the rest.

He notes that more study of the rather misty understanding of the relationships between bishop, priest and deacon is called for.

Each shares in the single priesthood and ministry of Christ. They mirror the unity of the Holy Trinity, because as servants of the Gospel, bishop, priest and deacon are pre-eminently the subject of Jesus’ prayer to his Father “that they may be one just as you and I are one” (Jn 17:22).

History shows that there were women deacons in the young days of the Church. Pope Francis has lately set up a commission of experts to study this and the possible future of female permanent deacons, and whether they could share in holy orders with men.

This is in the melting pot, but Deacon Garnie has given us a good initial appreciation of how and why the Church’s pastoral and sacramental life is lacking without the presence and influence of permanently ordained clerics to sanctify the People of God in the 21st century.

Order at R145 (plus p&p) from www.sacatholiconline.org