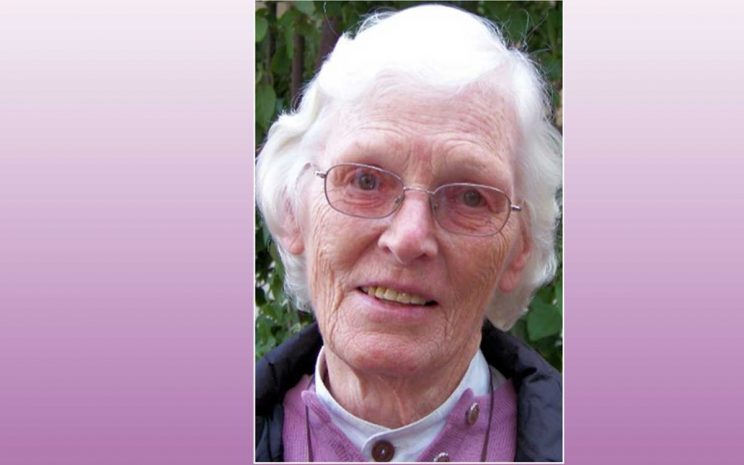 Born on February 1, 1928, in Vechta, diocese of Münster, Germany, she trained in home economics and in ladies’ tailoring.

She entered the Oakford Congregation in Neustadt, Bavaria, receiving the name Sr Reinhilde. After coming to South Africa, she pronounced her first and final vows in Oakford, KwaZulu-Natal.

Her initial ministries covered 22 years of teaching at St Xavier’s and Sacred Heart schools, both in Oakford.

She was then a novice mistress in Germany, and served on the congregational council.

For some time she served as parish sister in Preston, England. After her renewal course at the Casa di Studio in Rome, she stayed on as cook.

For a number of years Sr Reinhilde served as sub-prioress to the community in Genazzano, Tongaat.

Later, she lived in various communities in Gauteng, and at Belgravia convent with the King Williams Town Dominican Sisters. During this time, she added a further 20 years to her commitment to the education of the young, both in Kliptown, Soweto, and at Belgravia Convent School.

On retiring, she spent some time in the community at Magaliesburg and in the cottage at Bedfordview.

For a few years Sr Carol-Anne, as she had become known, served as a companion to Sr Rita Diel who was at the time the manager of the Carmelite Retreat Centre in Benoni.

She then moved to the Oakford home for elderly sisters at Pietermaritzburg. Adjusting to the retirement routine was difficult for her, especially after those many years in ministry when she was in control and fairly independent.

In the last few weeks of her life, she suffered two strokes.

Sr Carol-Anne was a great fan of St Catherine of Siena, also a Dominican. She would encourage others to read the book of her life, her letters and prayers, and to meditate on their call as a woman in and of the Church.