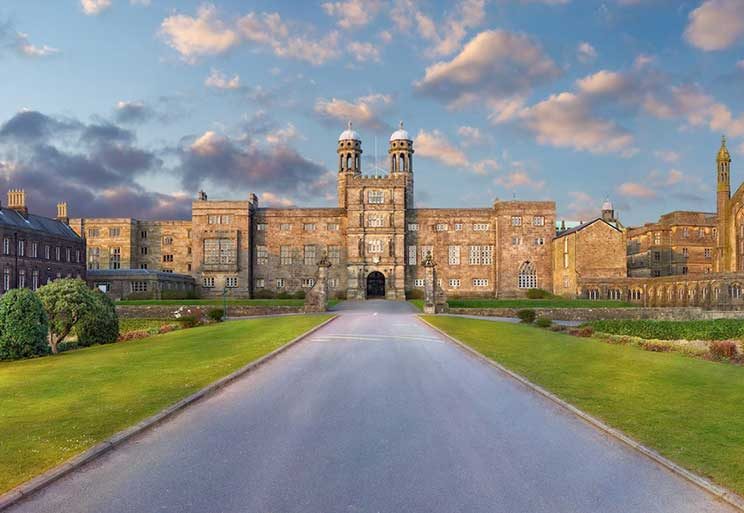 By Jonathan Luxmoore – When Stonyhurst College was founded at Saint-Omer in the Spanish Netherlands by the recusant Jesuit Father Robert Persons in 1593, persecuted Catholic priests faced a mandatory death sentence if caught ministering in England.

More than four centuries later, Stonyhurst, the world’s oldest Jesuit school, houses a remarkable collection of relics relating to the country’s many martyrs.

“Many things were being destroyed in Reformation England, so when Catholic boys came abroad to the school, they’d bring vestments, manuscripts and precious objects for safekeeping,” explained Jan Graffius, the collection’s curator.

“This makes us part of the story and means we know what it was like to be targeted,” she said. “At a time when people know little about the struggles of the past, these relics provide a graphic reminder of what Catholics faced in upholding their faith.”

Under a nearby glass cover lie two time worn hats once sported by St Thomas More (1478-1535), the English chancellor beheaded for refusing to accept his Church’s break with Rome. There’s also a red velvet Book of Hours carried by Mary Queen of Scots to her execution at Fotheringay Castle in 1587.

In 1794, when the school was forced to flee the French Revolution, its collection was already extensive. It was lucky to have the current site donated by a former student, Thomas Weld, father of Cardinal Thomas Weld (1773-1837).

The Stonyhurst Collection, now being opened to visitors, has continued expanding.

Its earliest exhibits include a piece of jawbone, documented to early medieval times, said to come from St Stephen. its most recent relic is a piece of the bloodied vestment worn by St Oscar Romero of El Salvador when he was assassinated on March 24, 1980, while celebrating Mass.

“These objects tell their own stories, and people engaging with them can feel uncomfortable, even revolted. But no one remains indifferent and everyone has questions to ask,” Ms Graffius said.

England’s Catholic Church was effectively outlawed under Queen Elizabeth I (1533-1603), who implemented her father’s break with Rome while officially seeking a Protestant-led compromise, or “middle way”.

Persecution was stepped up after Pope Pius V declared the queen excommunicated and deposed in 1570, and following the 1588 rout of the Spanish Armada invasion fleet. It intensified following the failed 1605 Gunpowder Plot by Catholic militants against King James I, although Masses continued to be secretly celebrated at great personal risk by undercover Jesuit priests.

In all, 23 Stonyhurst pupils were executed between 1610 and 1680; three have been canonised as martyrs and a dozen beatified.

The Stonyhurst Collection also contains some macabre items: a piece of the battered skull of the 12th-century martyr St Thomas Becket, preserved after his Canterbury shrine was smashed in 1539; the shoulder blade of a priest executed at Durham in 1590, still bearing knife slashes; and the eyeball of a beatified Jesuit, Fr Edward Oldcorne, brutally killed at Worcester for alleged complicity in the Gunpowder Plot.

Although religious restrictions began to be eased in England after the 1829 Catholic Relief Act, Catholic persecution victims were publicly commemorated only after the canonisation of 40 English and Welsh martyrs by Pope Paul VI in 1970. The keeping of relics, stamped out with the Reformation, has been much less common in England than in continental Europe.

Where they survive, they provide a tangible link with past martyrs and faith witnesses, Ms Graffius said.

“Today, we still ask our children to do the right things in a world not very sympathetic to religious values. And though conditions are now quite different, Christians are still being persecuted. It isn’t just ancient history.”—CNS