I See the Hand of God at Work 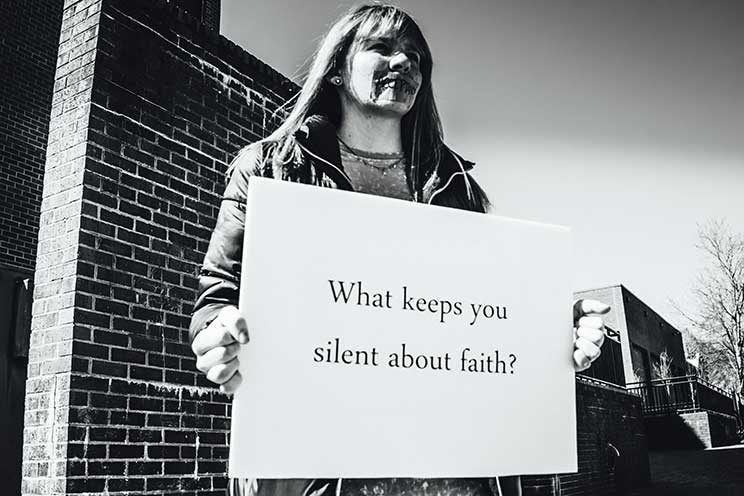 By Antonio Tonin, East London – Over the past few years there have been recurring themes in articles published in The Southern Cross, and my view is that they will continue to be merely debated, unless taken seriously and addressed.

Two of the most important issues, which affect all us Catholics, are the survival of our great evangelising newspaper, The Southern Cross, and the promotion throughout the country of Pope Francis’ encyclical Laudato Si’, which engages intimately with climate change.

There has been little serious engagement on either of these two issues by anyone, from the top of the hierarchy down to us parishioners.

There seems to be a built-in lethargy against doing anything by anyone. This malady is not only peculiar to Catholics but to the whole human race in general.

Let’s start with the survival of The Southern Cross. After the appeal for support from the newspaper’s management, I suggested that the Southern African Catholic Bishops’ Conference, as the major shareholder, authorise a yearly special collection to be taken up, the proceeds of which would be invested in a special growth fund to ensure the ongoing survival of the paper in its constant endeavour to spread the word of God.

Up to now there has not been one word of reaction to the idea, giving the impression that neither hierarchy nor laity cares, even after appeals by Rosanne Shields, the chair of the board of directors, a few weeks ago. According to Ms Shields, it is the Associates Campaign that is keeping the newspaper alive.

Apart from the Associates, the unspoken message is that nobody cares. Can that really be so?

Which brings me to the subject of the promotion of Laudato Si’, which in essence covers the change in philosophy needed by humanity to preserve itself and the environment for the survival of current and future generations.

It is interesting and important to note that Pope Francis managed to publish his encyclical less than two years after his election as supreme pontiff and in time for the famous 2015 UN Paris Agreement on climate change.

At the Paris talks, all the nations actually agreed that action was needed, but so far this has been very inadequate in the view of the majority of the world’s scientists.

The tenacious grip of neoliberal capitalism exploits and consumes what little there is left of the world’s limited resources.

Is it small wonder that it took the perception of 16-year-old Swedish schoolgirl Greta Thunberg to tell the 10000 international delegates to the COP24 conference in Poland last year that they were too immature to be trusted with finding a solution to climate change, and that young people were not interested in being giving mere hope.

She told the conference delegates she wanted them all to panic now, and feel every day as each young person felt waking up every morning. And she effectively told them: “Keep out of our way from now on, we will do what’s necessary.”

Pope Francis made a point of greeting Greta Thunberg at a papal audience in mid-April.

Are we prepared to face all the vulnerable of the earth and tell them: “We don’t care where your next meal is coming from, whether you have a roof over your head, whether you have clean water to drink every day”?

If we are not prepared to do that, how are we going to love our neighbours as ourselves?

I see very clearly the Hand of God at work among the younger generation worldwide, in their vociferous objection to and rejection of our current way of life.

No Place Ever for Anti-Semitism

Forge Ahead with the Love of God