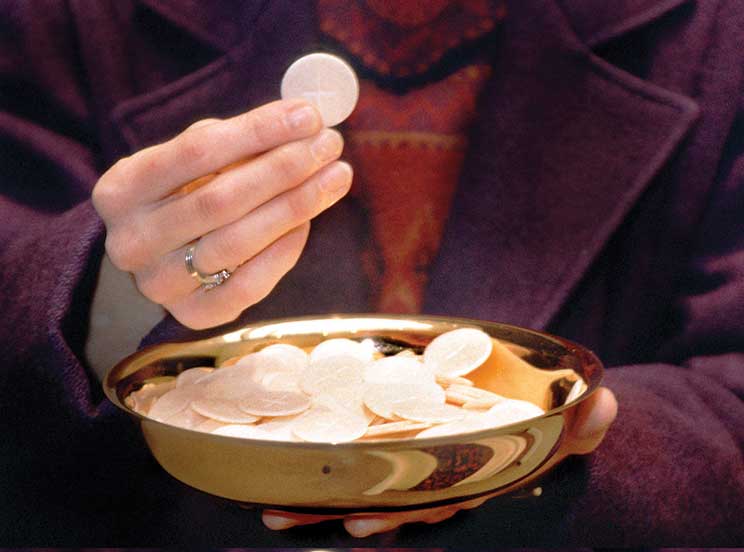 After receiving Holy Communion a couple of weeks ago, Günther Simmermacher had a quite unusual experience.

At Mass a couple of weeks ago I had an annoyingly sore throat from post-nasal drip. (I promise, the story will get better after this thoroughly uninspiring opening line).

When I returned to my seat after receiving Communion, I noticed that I could swallow with ease. All discomfort had spontaneously vanished.

I hadn’t even prayed for relief; it came as a surprise. The sinus troubles were still evident, but the soreness didn’t return.

Now, I’m not claiming a miracle. The Church has strict rules about such things and runs scrupulous inquests into claims, which is necessary to avoid the embarrassment of approving miracles that turn out weren’t (though standards might have slipped in some cases).

For example, thousands of cures have been reported from Lourdes, all of them more surprising and dramatic than my healing of a sore throat. But the Vatican has accepted as miraculous only a tiny fraction of these reports—67 out of nearly 7000.

In the Vatican’s definition, a healing from illness may be considered a medical miracle if it is spontaneous, permanent and inexplicable, defying rational or scientific explanation.

But even then, the Church leaves it up to us to believe or doubt that an approved miracle has its origin in supernatural force—that is, divine intervention.

After the long process which has found that a spontaneous, permanent and inexplicable event has no rational or scientific explanation, the most the Church will say is that a reported miracle is “worthy of belief”.

Other times, the Church might hedge its bets further by saying that there is “nothing contrary to the faith” in a reported miracle, or indeed, apparition.

As Catholics, we are required to believe in only two miracles: the incarnation of the Lord, and the Resurrection in the tomb.

Almost all of us Catholics have the experience of miracles, at least small ones, in our lives. Sometimes we specifically pray for them.

Some of our prayers are of great magnitude, such as asking for a cure from a serious illness; sometimes they are small, like asking St Anthony’s intercession to find misplaced car keys. And when those prayers are answered, who is to say they were not miracles? To us, they were.

The healing of my sore throat certainly was spontaneous, and neither I nor Dr Google could arrive at a rational or scientific explanation. To me, it’s a miracle, worked through the Body of Christ.

There is no need, though, to trouble the Vatican with an investigation into my spontaneously healed throat or our miraculously recovered car keys.

I do have an experience involving St Anthony, however, which is inexplicable, even years after the event.

It involved a misplaced passport and an ID book that had been missing for a couple of years. They were found together, but I can see no way how they might have ended up in the same place. Had I put the passport in that place, I’d have found the long-missing ID book.

I’ve given up on trying to conjure a rational explanation.

I might also like the Vatican to investigate St Scholastica’s role in stopping the rain in Venice during the “Saints of Italy” pilgrimage in September 2015, after I had specifically asked her for it.

The bright sunshine that followed the torrential rain went against the weather forecasts and all meteorological wisdom.

Most Catholics have stories like that. They may be miracles, or maybe not—you might have looked under the sofa without St Anthony’s help, and climate change is doing strange things to all meteorological wisdom.

But whatever they are, such events are a sign of God’s grace, a manifestation of the divine in our lived experience. And for that we don’t need official approval.