Can We Give In to Jesus? 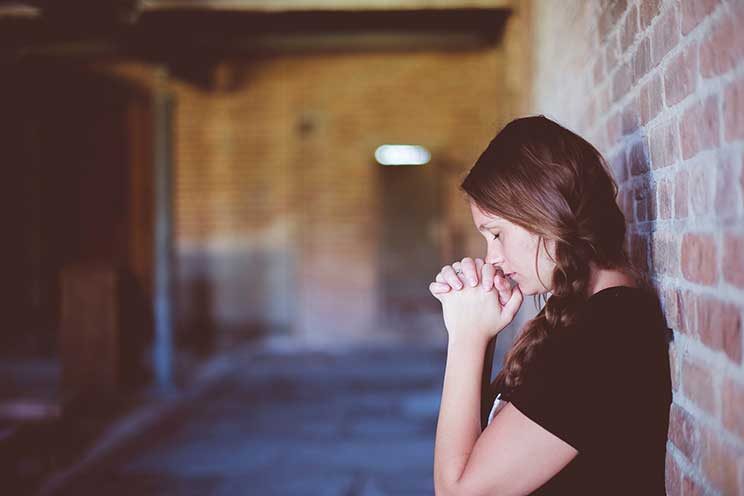 Many Catholics, it seems to me, don’t really know how to converse with God in prayer.

If we say we are a prayerful people, do we really believe in the power of prayer, but do we also understand how to communicate through it?

In a profound new book titled No Neutral Ground (Hodder & Stoughton), Christian leader Pete Portal writes about how he sang in the Anglican choirs of England. He speaks of how he found it difficult to grasp a relationship with God because everything was ritualistic and nothing really prompted that relationship to start, let alone a meaningful prayer conversation with God.

Everything was just recited off in parrot fashion, as we Catholics have the Our Father, Hail Mary or Glory Be. It was ritualistic, but not relational.

After an Evangelical prayer encounter, Portal was later called to study theology and pack his bags to embark on a journey to Cape Town, where he felt God wanted him to be.

Filled with this fire of the Holy Spirit, Portal left any idea of living in the security of England’s leafy suburbs and instead decided to live among the people of Manenberg, a ghetto in Cape Town created in 1966 by the apartheid regime for coloured people whom it had displaced.

It is a community on the Cape Flats which has a high unemployment rate, is gang-ridden and drug-infested, and many youths grow up in single-parented or broken homes.

In No Neutral Ground, Portal writes about the struggle he has living among the people of Manenberg, the episodes of depression as he shared his home with former drug users who were on the verge of relapse, with gangsters, prisoners and social outcasts.

But a pertinent point of this narrative is that through prayer many of these men in difficult conditions formed a meaningful relationship with God. They were taught to pray, but more so to communicate with God in a language they were able to speak.

It reminds me of an experience my dad, who is a pastor in another denomination, had while feeding the poor in Hanover Park, a community similar to Manenberg.

After feeding the “multitudes”, my dad, who had often been seen pastoring in the area, was walking back to his bakkie when he was approached by a man with screwdriver in hand. “Give me your money and cellphone,” the guy demanded. My dad refused and carried on walking.

The man, who is said to have been drugged up, then picked up a rock, raised it above his head and planned to smash it through the windscreen of the bakkie. My dad thought about how he could “bliksem the daylights out” of the skollie, but then the Holy Spirit took control of his entire being.

My dad pointed at the man and shouted: “I command you in the name of Jesus to put down that rock and screwdriver and leave this way of life!”

The man, obviously quite confused by this unexpected turn of events, dropped the rock and screwdriver, mumbled something, and walked away.

Some might say that that was a moment of insanity on my dad’s part, especially standing up to someone wanting to mug him in a place like Hanover Park, let alone shout commands about what the mugger should do. But it definitely shows the power which lies in the name of Jesus and in the power of prayer.

I often heard a story about my grandfather, who served as deacon in our parish until his death, which can only be said to be something supernatural and miraculous.

‘…Into the Arms of Jesus”

One particular day, while at Ms Peterson’s house to distribute Communion, as he usually did, my granddad experienced a moving moment which empowered his faith in God.

Ms Peterson, who was bound to a wheelchair all her life, was very pious in her prayers. My granddad witnessed this faithful woman getting to her feet after receiving Holy Communion, raising her eyes to the ceiling and saying, “Into the arms of Jesus…”. She then collapsed, dead.

How many of us can say that we have such a close relationship with God that we allow him to guide and lead us to where he can utilise us better for the establishment of his kingdom and will in our lives?

How many of us believe in the power and might of the name of Jesus?

How many of us live so closely to our God in our daily conversation that, one day, when we breathe our last, the last words on our lips will be, “Into the arms of Jesus”?

Instead of keeping to what we are “supposed” to do as Catholics — be it obligatory, ritualistic or tradition — may the core of our faith be the foundation of an intimate, meaningful relationship we have built with Christ.

I mean a relationship in which we can communicate with him freely and, when we don’t have the formal words to say so, we are able to cry out: “Daddy, I need you. Fill me with your love. I feel so alone, so scared, so terrified at what lies ahead. You know what’s best for me: lead me, guide me, heal me, and take control when I can’t.”