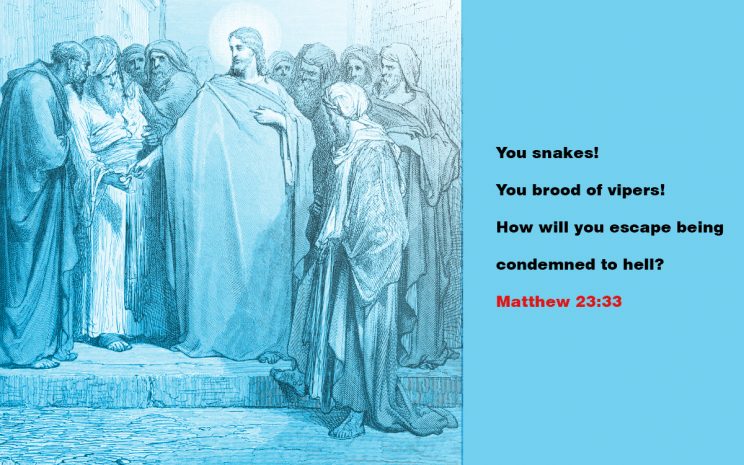 Patrick Dacey, Johannesburg – The Church today is facing a similar crisis which existed in Judaism at the beginning of the common era. This is the time when Jesus strode the dusty pathways of Judaea, Galilee and Samaria, preaching his message of peace and reconciliation.

Although the Gospels appear to be biographies of Jesus, they are, in addition, stories in cryptic form highlighting an issue for our Church today.

In our era, Pope Francis is definitely using his broom to clean up the Vatican’s “old ways”. Similar to Jesus, he has made enemies who would probably like to see the end of his papacy as soon as possible.

The Gospels record Jesus as having a running battle with certain elements of the religious priesthood, for instance, calling them “vipers”.

Pope Francis is more diplomatic, answering the “Dubia Four” cardinals in the following way during a sermon shortly after the cardinals had delivered their concerns to him: “From the times of the prophets until now, the sin to resist the Holy Spirit had always been there…”

The Biblical “wise men from the east came to Jerusalem” launches the author’s motive for the “Good News” story. The “wise men” are undoubtedly Jewish Babylonian ex-pats bringing a message of hope to a country (Judaea) that was simmering on the brink of civil war.

This message went unheeded as civil war broke out during the Jewish-Roman war of AD 66-73, which witnessed differing Jewish factions at odds with each other, resulting in many casualties.

The message of reconciliation brought from Babylon by the wise men was based on the life of the Persian king Cyrus the Great, who 500 years previously had freed Jewish citizens who had been taken into captivity by King Nebuchadnezzar in 597 BC.

Cyrus, who scripted the first human rights charter, was known to the Greeks, whom he conquered, as “lawgiver” and to Jewish citizens as “the anointed of the Lord”. Cyrus followed the religion of Zoroastrianism whose maxim was: “Good thoughts, good words, good deeds.”

The similarities between events in Judaea in the first century and Rome today are very real. Surely the words “crucify him, crucify him” were a thought pattern which has been publicly adopted by various prominent Catholic clergy who are seemingly unhappy with the papacy of Pope Francis.