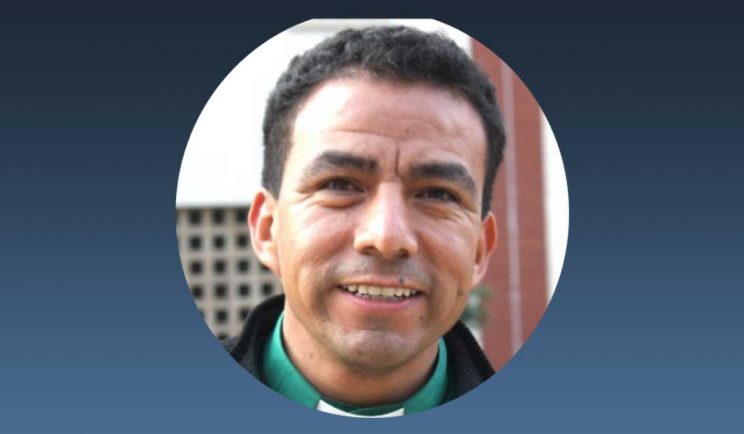 A priest has called on the mayor of Johannesburg to deliver on the promises made during the elections and to take decisive action with regard to the deteriorating safety situation in the Rosettenville and La Rochelle areas.

Fr Jorge Guerra, parish priest at St Patrick’s in La Rochelle Johannesburg, a century-old parish run by the Scalabrini congregation for the last ten years, wrote the letter — together with his assistant priests, pastoral and financial councils, ministries and groups — to Mayor Herman Mashaba (Democratic Alliance), calling for action.

In the letter, Fr Guerra speaks about his concerns in the area, and how it both saddens and pains him. One of these is the increase in gangsterism.

“There is an increase of gangsterism in the area and also at the local schools, which led to the murders of two scholars this year,” the priest wrote.

“This is very disturbing to our youth. We know that schooling is close to your heart and hope that we can find a way to get the discipline, morals and teaching back at our schools,” he told the mayor.

There have also been cases of crime at their church and in the surrounding area.

“Our parishioners have been a constant target of crime in and around the church area, with an armed robbery of two ladies happening inside the church during their quiet time,” Fr Guerra wrote.

“Vehicles continue to be vandalised and items either being broken or stolen, such as mirrors and badges,” he said.

The church has also experienced several break-ins, with expensive sound equipment being stolen.

“Our parishioners are very committed to their faith and the well-being of the church, and even in these tough economic times, [they] make every effort to support the church financially,” Fr Guerra said.

“We cannot, therefore, allow these hard-earned efforts to just be stolen from us.”

In terms of service delivery, Fr Guerra said the garbage continues to mount on the street corners, which is a health hazard, and hawkers make a mess even with council workers cleaning up twice a day.

Fr Guerra noted that most of the time, the street lights in the road in which the church is located are not working.

“We have repeatedly reported the matter, got the reference numbers — but without any resolve. This is of great concern for our parishioners, who have to attend evening services or meetings, and results in poor attendance for the fear of being mugged in the dark,” he noted in the letter.

Drugs are another concern in the area. They are openly traded in full view of the residents, including children and even the police, who, Fr Guerra reported, seem to turn a blind eye to the situation.

Many clubs have also opened up in the area, with alcohol being consumed on the streets and unhygienic cooking practices on the pavements. Prostitution is also rampant on the streets.

Recently, one of the priests discovered an informal settlement just behind the racecourse near the church.

“We visited the site to see how we could help, but this is too big and definitely one for the council to sort out. There is just no management of the sites, with blocked sewers everywhere. There is also a major health risk with an infestation of rats, and there is filth everywhere,” Fr Guerra told the mayor.

“The situation is inhumane and tugs at the heart of the priests and church,” he said.

In the next few months, the Scalabrini congregation together with the Jesuits, medical doctors and Three-2-Six will launch a project to help the local community with English lessons, an employment access desk, training courses, volunteer projects, and medical assistance.

Fr Guerra ended his letter by saying: “It is now time for the authorities to take decisive action, and we are ready to roll up our sleeves and help in whatever way we can, to improve the living conditions of our people.”