To Feed the Multitudes 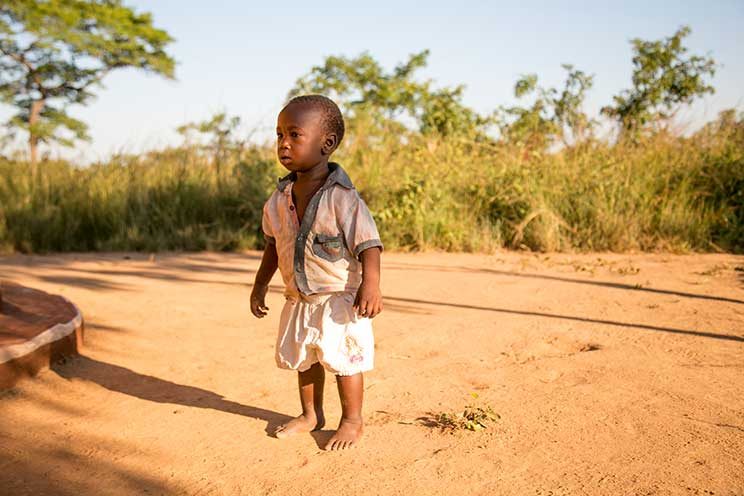 In the Gospels we observe Jesus’ response when, on two occasions, he was faced with crowds of people he knew to be hungry. Something needed to be done, and Jesus performed the miracles of the feeding of the multitudes.

It doesn’t matter much whether he literally multiplied the meagre offerings or persuaded those who had food to share it communally, as some Scripture scholars say. What’s important is that Jesus saw a need and responded to it.

Jesus had the means to provide abundant food for all. Today, the world has the means to feed its hungry, but fails to do so because of selfish greed, excessive waste, lack of compassion, the absence of political will, the effects of climate change and environmental degradation, and infrastructural inadequacies.

All of these can be addressed or mitigated.

The miracles of the feeding of the multitudes are perhaps those Gospel passages which are most relevant to social justice today. Indeed, the scandal of poverty and hunger is a running theme throughout the Bible. Poverty and the poor are mentioned hundreds of times in Scripture, more than any other social condition.

The Church’s priority in its social engagement therefore resides with the destitute, of whom today there are almost a billion globally — or almost every seventh person in the world. It should sober us to know that not far from where we are reading these words, there very likely are people going hungry, right now.

Hunger is a point of crisis also in South Africa, where poverty is prevalent. It should sober us to know that not far from where we are reading these words, there very likely are people going hungry, right now.

The Church reminds us consistently that the fight against world hunger is integral to the right to life philosophy on which Christians place such a premium.

In a letter to the United Nations’ Food and Agriculture Organisation a decade ago, Pope Benedict XVI issued a stark warning: “Give food to those who are dying of hunger, because if you do not, you will have killed them.”

He pointed out that “hunger and malnutrition are unacceptable in a world which has, in fact, levels of production, resources and knowledge sufficient to put an end to such tragedies and their consequences”.

While such comments are directed at international policy-makers, they also petition us as individuals. In fulfilling Jesus’ mandate, the Church’s and therefore every Catholic’s, solidarity must reside with the poor.

This presents Catholics of comfortable means with challenges in how they relate to those in need.

In Southern Africa, a region with high levels of deplorable poverty, those who can must subsidise the poor through taxes and levies. While one may take issue with the mechanics of programmes intended to alleviate poverty, the followers of Christ must accept the sacrifices they are called to make for the greater good. At the same time, Christians must hold the government accountable when it fails the poor by the self-aggrandisement of politicians, gratuitous expenditure on military equipment, corruption or plain incompetence.

At the same time, Christians must hold the government accountable when it fails the poor by the self-aggrandisement of politicians, gratuitous expenditure on military equipment, corruption or plain incompetence.

A thorough modification of priorities is needed.

We must not be deceived by the lie that world hunger cannot be solved, even if the deadline of the Sustainable Development Goals to end hunger and malnutrition by 2030 seems unlikely to be met. The problem resides not in the shortage of food: current global food production is enough to feed 10 billion people — that’s 2,4 billion more than there are in the world.

The problem resides not in the shortage of food: current global food production is enough to feed 10 billion people — that’s 2,4 billion more than there are in the world.

Depending on which model of solving global hunger one applies, estimates of the costs of feeding everybody in the world range between $7 billion to $265 billion per year. That is small change in terms of what the world spent on armaments in 2018 alone: $1,8 trillion.

In February this year, Pope Francis told the International Fund for Agricultural Development: “We need the help of the international community, civil society and all those who have the resources. Responsibilities cannot be evaded, passed from one to another, but must be assumed in order to offer concrete and real solutions.”

The Gospels tell us that Jesus performed miracles to feed the hungry. It does not require a miracle to feed the world’s hungry today. All that is needed is the political will to do so. The responsibilities must indeed no longer be evaded.