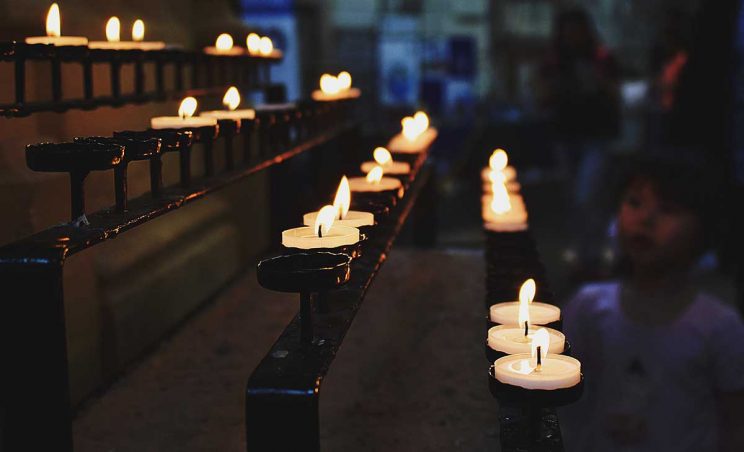 Every year we issue our prayer intentions for the coming year. Usually, we include both local and global issues, but this past year has thrown up so many challenges for South Africa that we turn our exclusive focus on this country.

South Africa is still divided by race and class. Our society is marked by both structural and casual racism. Dangerous and divisive rhetoric flourishes on political platforms, on social media, around the braai fire.

The reactions to the recent Rugby World Cup victory and the crowning of Zozibini Tunzi as Miss Universe gave us a sense of national unity (though, it must also be noted, Ms Tunzi was subjected to racist comments after her election as Miss SA).

Our prayer is that South Africans will hold on to the spirit of national unity—to the idea that this fragile unity needn’t be fleeting—and use the shared experience of being “proudly South African” as a basis for defeating prejudices and bigotries.

We also pray that our patriotic sentiment will no longer serve as a pretext to visit violence on residents from other countries.

Neither the race and class divides, nor xenophobia, can be overcome without an economy that is rooted in justice. South Africa has no such economy.

Nine years of systematic and rampant looting by the Zuma government and its conspirators has left our economy in ruin.

These kleptocrats, some of them still in positions of great power and influence, shamelessly stole from the poor.

Our prayer is that those responsible will be held legally and morally accountable for their crimes against South Africa.

The nation’s political and business elites should be encouraged to turn away from their corruption by the rigorous prosecution of those who break the law. But we must also pray for the conversion of these people, that they may repent and seek to make reparation for their corruption.

But we must also pray for the conversion of these people, that they may repent and seek to make reparation for their corruption.

Related to the long era of kleptomania and political incompetence, our economy is further enfeebled by the economic sabotage by parastatals that are supposed to provide its backbone, led by Eskom and the Post Office.

We are also facing the threat of a water emergency, due to many years of government negligence.

We pray that visionary policies and the appointment of competent personnel, regardless of demographic profile, will reform our troubled parastatals, that they may serve as contributors, not a drain and hazard, to our economy.

Linked to the precarious state of our economy, we must also pray for relief in the disastrous unemployment figures.

The hopelessness created by our poor economy is a major factor in the incidence of crime. While an improved economy which serves the poor, not the rich, would doubtless reduce crime, we also need a moral regeneration.

Our prayer is that agencies committed to true moral regeneration be supported and given a prominent place in civic discourse.

We pray that a new consciousness will lead to a renewal in a society that has as a priority the safety and autonomy of women and girls.

After it seemed that South Africa had emerged from the abyss of the HIV/Aids emergency, statistics show that the battle has not been won, and the emergency isn’t over. We pray that judicious actions be implemented to reduce exposure to the risk of contracting HIV. This must also include responsible sexuality education in schools and on campuses.

We pray that judicious actions be implemented to reduce exposure to the risk of contracting HIV. This must also include responsible sexuality education in schools and on campuses.

In February we will mark the 23th anniversary of abortion being legal in South Africa. While none of our political parties show any inclination of reversing this law, we must pray for their conversion.

We also pray that alternatives to abortion be adequately funded and promoted. Every unborn life matters.

The Church in Southern Africa is facing many challenges but also opportunities.

The division that has been fomented in the United States by those who oppose Pope Francis has inflamed some Catholics in South Africa, to the point that one of them has publicly called for prayers for the Holy Father’s death.

We pray for Pope Francis, and for those who truly serve the People of God with him, that they be protected and guided by the wisdom of the Holy Spirit.

We pray that those whose actions are directed towards division in the Church will convert from their enmity, and that greater unity among Catholics—and among Christians—will prevail.

In January the bishops of Southern Africa will launch the new pastoral plan. This will be the culmination of years of consultation and an enormous amount of work. For the local Church, the pastoral plan will be our roadmap to the future.

We pray that the Church of Southern Africa will be guided by the pastoral plan, and that its implementation will enrich our collective apostolic mission.

The past year saw the 20th anniversary of Radio Veritas, and in October 2020 The Southern Cross will celebrate its 100th birthday. Catholic media—print, radio, digital, as well as social communications offices—is the key in evangelisation, but the local Church has neglected to make proper use of it.

Catholic media—print, radio, digital, as well as social communications offices—is the key in evangelisation, but the local Church has neglected to make proper use of it.

We pray that the leadership of the Church may turn its attention and adequate resources to social communications, and that bishops, clergy and laity launch new efforts to promote the Catholic media.

We pray especially that the local Church will continue to be served by the national Catholic weekly newspaper well beyond its centenary in October.

We pray for our bishops, priests, religious and laity who work in the fields of the Lord.

We also pray for the papal nuncio, Archbishop Peter Wells, as he carries the immense responsibility of identifying suitable candidates as bishops for five vacant dioceses in Southern Africa to be recommended to the Holy Father.

And, as always, we pray that all the readers, associates, promoters, pilgrims, contributors, friends and supporters of The Southern Cross have a peaceful, grace-filled 2020.