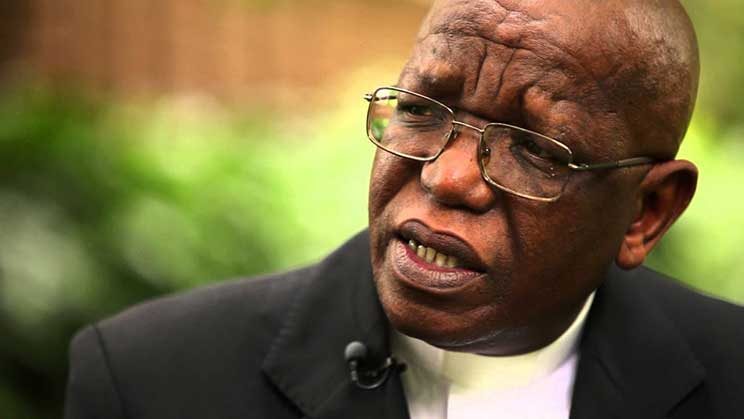 The archbishop of Johannesburg has compared the rhetoric and actions against foreign nationals in Gauteng to “the rising tide of hatred in Nazi Germany”.

Archbishop Buti Tlhagale was speaking out following an upsurge in violence against foreign nationals which has drawn condemnation and sanction from other African states.

The archbishop pointed to reports of authorities doing very little to protect the victims.

“We received reports of police standing by idly in Pretoria while shops were looted and people attacked.

“Not a single arrest was made on that day,” he said.

“Once again the authorities resort to the old explanation that this is not xenophobia, but the work of criminal elements,” Archbishop Tlhagale noted.

“Let us be absolutely clear: this is not an attempt by concerned South Africans to rid our cities of drug dealers.

“And this is not the work of a few criminal elements. It is xenophobia, plain and simple.

“If it is the work of a few criminal elements, why are South African-owned businesses not being looted as well?” the archbishop asked.

He also emphasised that the teaching of the Church is direct and uncompromising.

“More than 80% of South Africans claim to be Christian. What are our religious leaders teaching the multitudes that fill our churches every Sunday?” Archbishop Tlhagale asked.

He quoted St Paul’s letter to the Galatians: “There is neither Jew nor Gentile, neither slave nor free, nor is there male and female, for you are all one in Christ Jesus” (3:28).

“By the same token, there is neither South African nor Nigerian nor Ethiopian. We are all one in Christ Jesus,” the archbishop said.

“God makes it absolutely clear that he has a special concern for refugees, migrants and strangers.

“Deuteronomy 10:18 says: ‘He defends the cause of the fatherless and the widow, and loves the foreigner residing among you, giving them food and clothing.’ He isn’t just concerned about the foreigners. He loves them,” Archbishop Tlhagale said.

The Gauteng violence has provoked reaction in other African countries.

In Nigeria’s capital Abuja, and in Lagos, South African-owned businesses were targeted by protesters, who started fires and looted properties.

Football federations in Zambia and Madagascar cancelled matches against South Africa, and Air Tanzania suspended flights to Johannesburg because of the xenophobic violence.