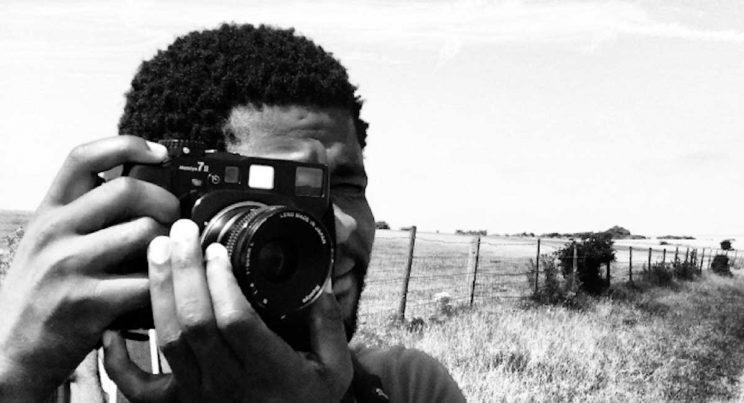 Thabiso Sekgala was a Johannesburg photographer whose work is exhibited by the Goodman Gallery. He died at the age of 33 of suicide in 2014.

As a society we are getting better at talking about all kinds of subjects that were once taboo: gender-based violence, diverse sexual orientations, life-threatening illnesses, bullying at work or at school, and addictions.

But I fear that there is one area in which social taboos still reign: depression and anxiety. Although we are slowly beginning to learn to speak out, just as with the problems I listed above, it is usually men who are slower to ask for help than women.

Talking — just speaking out loud about the problem to someone else — is one of the key steps to making the situation better.

This is not generally true of a physical illness. If I find some embarrassing rash, I have to tell one person (a doctor), but once I have the treatment I can just apply it and do not have to share the news with others. But if I have a mental illness, keeping quiet about it, especially to people who are closest to me, is one of the surest ways to make things worse.

What drives us into this silence? I suspect that it is a fear that the condition is somehow our fault — either that it is a moral weakness or a mistake, and either of these are a cause of shame. Being rational, neither of these are likely to be true but sadly when facing depression and anxiety our abilities to process information rationally, and our confidence levels, are often undermined.

But taboos in relation to health issues can be overcome. In a previous generation cancer was almost never named, referred to mysteriously as “the Big C”. Now we talk openly about different cancers and we shave our heads or wrap trees in pink to raise funds and create awareness.

If we have friends or family suffering from cancer, we generally work hard to ensure that they do not suffer additionally from being stigmatised.

In the past few years the same has been achieved — almost — with Aids: openly talking about the need to test, promoting behaviours to prevent transmission, and encouraging people to take life-saving ARVs. We have come a long way from the early days of fear and doom.

The Church plays a key role in this. The very concepts of taboo and stigma have their roots in religious traditions that often invoke the “fear of God” as a way of preventing people doing or talking about certain things.

But—as we saw in KwaZulu-Natal in the response to Aids led by Archbishop Denis Hurley and other religious leaders — those same powerful forces can be used to de-stigmatise. Adopting further religious language, we can lead the subject from the darkness into the light.

I wonder if the silence is partly because of ignorance. The very term “mental illness” conjures up extreme images of Dickensian asylums and straitjackets.

But mental illness — like physical illness — covers a broad spectrum. There are some conditions that we do now talk about because we can name them and even point to specific medications.

Think for example of psychotic disorders or schizophrenia or even the rise in the diagnosis of ADHD among young people. The label makes it easier to name and contain.

But at the other end of the spectrum, there are experiences of mental illness that start off as low-level depression, or intermittent anxiety, or a passing sense of not being entirely at ease. Often we are reluctant to seek help for fear that we will be labelled as suffering from extreme problems.

The sad irony is that, as with some physical conditions, the failure to address a small problem early on might be the very reason it becomes a bigger problem in the fullness of time.

Perhaps we should talk not of “mental illness” but “degrees of mental wellness”. That makes it clear that there is a spectrum, that it is not automatic that a small problem will become a larger one, and that it is okay to ask for help whenever we feel a lack of mental wellness.

Some of our churches are learning how to do this and how to signal that it is okay to ask for help, though many still have a long way to go.

One very simple idea, pioneered in Zimbabwe, is the friendship bench. In a city there are many people who are young, lonely and cut off from their families. At the same time there are older wise women who can lend an ear (and might be very keen to chat to someone).

Training such women, putting them in special uniforms and placing them on “friendship benches” has given people with low-level depression a chance to speak to someone who cares and who is happy to listen to them unburden.

A particularly good resource from the secular sphere is the South African Depression and Anxiety Group (www.sadag.org). This organisation—through its website, local meetings and community-based activities—offers positive and realistic responses to different states of mental wellness.

For example, there are regular groups for people to come together and talk with like-minded people, in particular for vulnerable groups like LGBT teenagers or post-natal mothers. This weekend raises awareness about suicide and allows people to remember those who have been lost to suicide.

And in early October there is a bigger Mental Wellness Fair to connect people with a host of different groups and resources.

At the moment at the Durban Art Gallery is a special art exhibition to tackle the mental health stigma under the name “The Empathy and Hope Project”, which will run till September 29. The works include pieces by artists who have themselves have suffered from depression.

There could not be two better words to capture how we can respond to problems of mental wellness: show empathy to the person even before they ask for help; and signal that there are reasons to be hopeful.

These are also words that should be hardwired into the attitudes of all religious traditions.