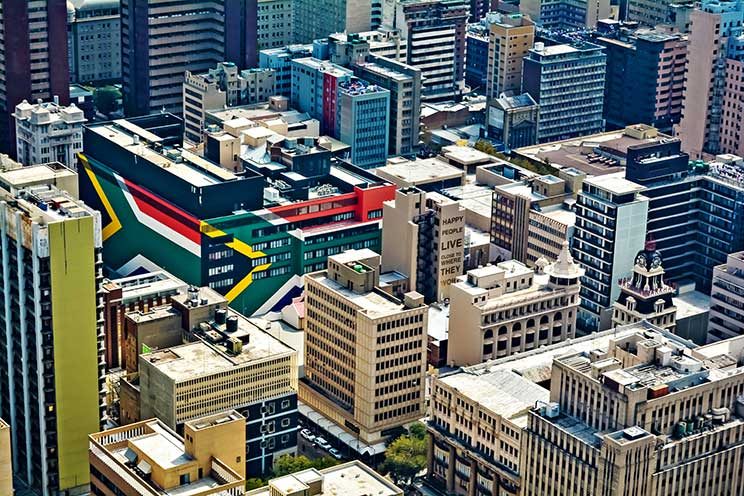 Sr Angelika Laub OP, Pretoria – The environment on the outskirts of Johannesburg and of any big city is changing quickly. Large areas that used to be covered by grassland, bush or pastures are becoming covered by shacks.

There seems to have been little planning for the provision of water, electricity or sanitation.

This rapid and apparently uncontrollable influx of people into our large cities is part of a worldwide phenomenon. The present form of neoliberal capitalism and globalisation is causing the deepening and spreading of inequality and poverty as well as fear. It forces people to migrate to find livelihood and security.

The influx of people from different countries, even continents, renders cities like Johannesburg multinational, multilingual, multicultural and multireligious. Capitalism as promoted in these cities, promotes the creation of areas that are luxurious, well serviced and protected; also much larger areas where accommodation is poor, mostly overcrowded and poorly serviced. Often crime and gangsterism are present there, and criminals hide in these areas,

Michael Ignatieff, in his book Ordinary Virtues, has some suggestions. Talk about justice and human rights is important, but this alone will not empower people to live together peacefully.

More important, he suggests, will be the effort of all to acknowledge and protect the humanity of each other.

Practising the “ordinary virtues” — such as tolerance, readiness to forgive, trust and a basic loving care for each other — are vital. It is these virtues that will urge me to interact and talk with my neighbours and help to act as a glue, even in the darkness of our slums.

These virtues help to establish a moral consensus that is the foundation for a nonviolent life and even for cooperation.

The traditional cultures, value systems and religions in which people have grown up may not be suppressed but they need to be brought together and acknowledged to help build a multicultural and a functional town and world.

The wellbeing and economic power of different groups should not be used to suppress minorities. Through dialogue the needs of the community and of the individual can be identified and addressed.

Tasks and obligations need to be named and shared by all and for all. This form of ethics is necessary for the peaceful and fruitful functioning of the community.

Since our future will be more and more influenced by a multiplicity of cultural and religious differences, we need to learn how to facilitate dialogue and how to build consensus on the communal and national levels.

Religious traditions and value systems will need to form an essential part of these consultations.

Care for the establishment and maintenance of our environment — which is life-giving to humans, plants and animals — will also need to be part of communal consultations.

Organ Transplants: Avoid Harm to Temple of the Soul