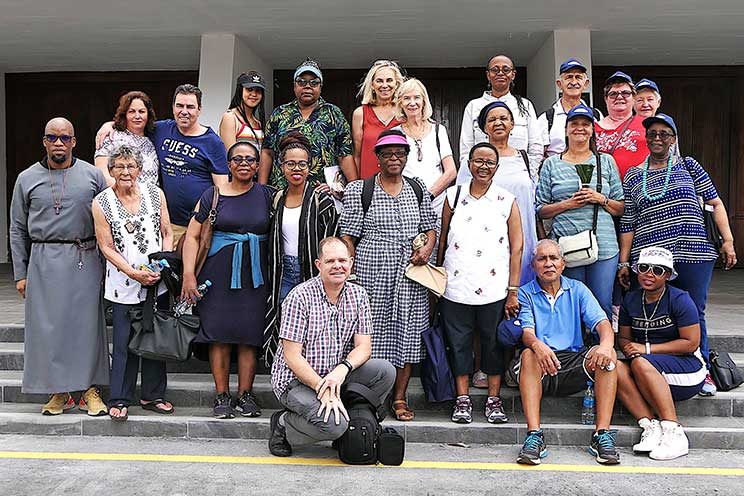 Pilgrims to the papal Mass in Mauritius had a guided tour of the Catholic sites of the capital Port Louis, including the shrine and tomb of the island’s apostle, Bl Jacques-Désiré Laval (1803-64). The group also joined 100000 others in attending the papal Mass at Mauritius’ Marian shrine. The tour was led by Fr Rusell Pollitt SJ, and was headlined jointly by The Southern Cross, Radio Veritas and Spotlight.Africa.