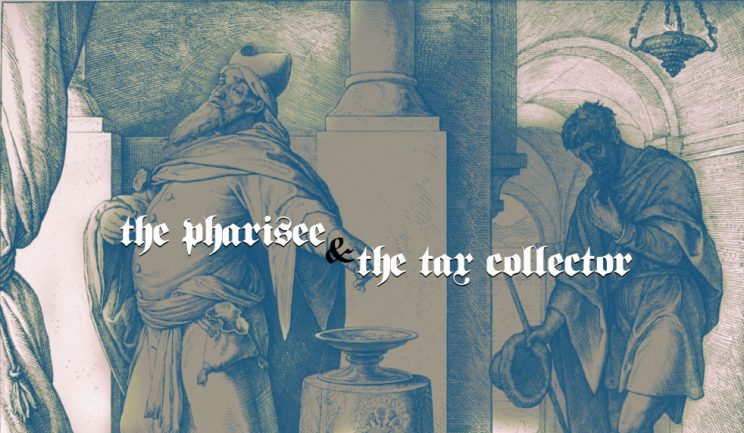 The eyes of Love can only see with Mercy and the acts of Mercy are compassion and forgiveness. When we gaze on our beloved, we do not compare, there is no judgement and how could there ever be any condemnation. This is the way of Love and the path of redemption. “For God did not send the Son into the world to judge the world, but that the world might be saved through Him.” (John 3:17)

What then can estrange us from our Beloved?

In last week’s parable, we focused on the widow as the victim of vice and corruption that grew out of the sense of entitlement and ingratitude. This is the journey that estranges us from each other; blinding us to each other’s needs and our common destiny.

Today we take the next step to come face to face that which estranges us from our God, our creator, reality and Truth. We are presented with two characters, the Pharisee and the tax collector.

There is something of the Pharisee and the tax collector in each one of us. They represent two types and two states of being; the one is the story of the law and sin, the other is the story of grace and redemption. Both are of equal importance.

We live both of these stories as individuals; as communities and as Church. We find them also active in ethnic groups, nations and cultures. The human family and its journey as a whole is both the story of the Pharisee and the story of the tax collector.

The Pharisee of the Gospel stands tall in the Temple of God, full of his own importance. He speaks to himself about himself; full of himself and his good works. The word ‘I’ is used five times. This is a reflection of our world today as we hear our political leaders boasting of having the greatest might on earth, and on the other side of the world, they contend that no power can stop their march.

But such a judgment replicates and exposes the self-righteous Pharisee that lies hidden in each of our hearts; “for all have sinned and fall short of the glory of God”.

This judgement that we make is the very same judgement that condemns us because we have chosen to depend on our own righteousness within the Law; by our free choice, we effectively put ourselves under the jurisdiction of the very Law that only can and does, condemn us.

We no longer depend on God’s grace but on the law, and on ourselves. Contemporary culture, like the Pharisee, thereby loses its sense of God.

This loss is of critical importance because we are made in God’s image and likeness, and we can only know ourselves and how we should act when we know God. The more we lose the sense of God the more we lose a sense of who we are.

The vacuum left by the loss of the presence and awareness of God is filled by ourselves as we try to replace the loss of God with the self, and soon every person becomes their own God, choosing for themselves what is right or wrong. I think therefore I am. There is no place for God here!

Humanity can now create their own reality; but whose reality will prevail? The strongest, of course, and the strongest will tell the rest of us what is right or wrong, what truth means, what beauty looks like and where our destiny lies.

This is how we come to lose the sense of identity as human beings and our sense of moral truth. The Pharisee in the Gospel had entirely lost the sense of his own sinfulness. How can this have happened to him, right there in the Temple? The answer is; bit by bit, step by step.

The loss of the sense of God happens in our Church also, bit by bit, step by step. This is the journey that humanity has taken by stepping into the vacuum.

But there is also a story of hope, the other story of the tax collector, humbly asking forgiveness from God; the story of grace is a good image upon which our Catholic community must base its renewal. We have sinned oh Lord, for we have judged so many others as unclean and unworthy. Forgive us Lord and help us to begin again.