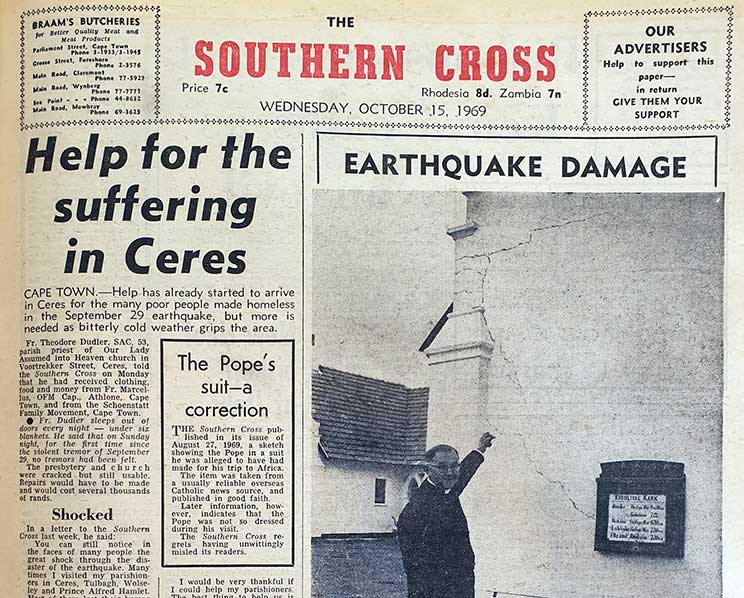 Every week for the duration of our 100th year, we will dig an old issue of The Southern Cross out of our vaults, and highlight a few stories from that edition, as well as reproducing its front-page.

We hope that you, the reader, will enjoy revisiting the path your national Catholic weekly has travelled since its first edition on October 16, 1920.

Help has already started to arrive in Ceres for the many people made homeless in the September 29 earthquake. Fr Theodore Dudler SAC, 53, of Ceres said he slept outdoors under six blankets in the bitter cold for several nights as tremors continued.

Pope Paul VI has condemned eroticism which he said leads man to promiscuity, pornography and drugs.

Jo’burg priest jumps from the skies

Fr Clayton Jackson of Florida parish on the West Rand took the plunge and joined the Pretoria Skydiving Club. He made his first jump on Settlers’ Day and intends to make many more.

In his editorial, Fr Louis Stubbs writes: “In these days of specialised apostolates, there seems to be a growing danger that an old and important apostolate may be forgotten: [home] visiting by the parish clergy.”