What SA Will Do for Mission Month 2019 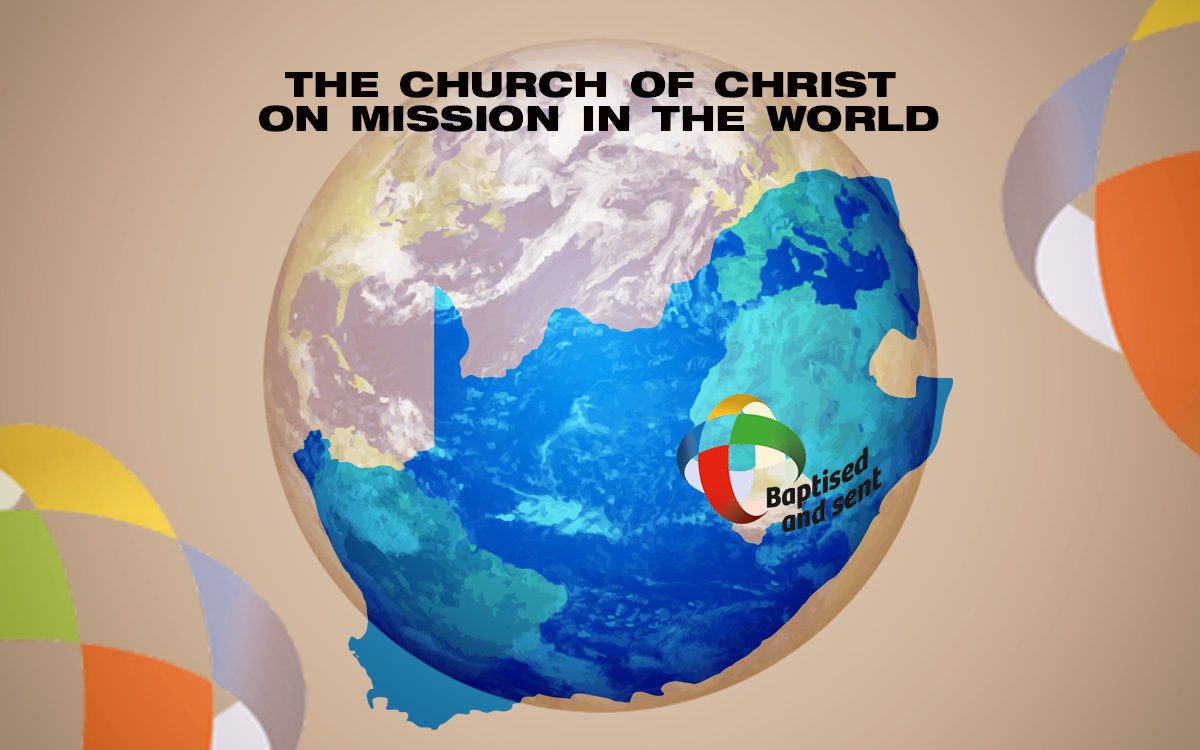 One special task for Southern Africa’s Church during October’s Extraordinary Mission Month is to understand what the missionary discipleship actually means, according to the head of the Pontifical Mission Societies (PMS) in the region.

The Extraordinary Month of Mission was called worldwide by Pope Francis when he declared October 2019 a special month of prayer and action which calls us all to renew our missionary commitment.

Fr Gordon Rees MCCJ, director of the PMS, said the importance of the Month starts with the understanding of the pope’s desire for a missionary-orientated Church.

“I think the biggest problem is that people don’t understand what the word mission means,” the Comboni Missionaries priest said.

“They have a concept of maybe someplace far away in the middle of nowhere where people have given up their lives and are living the mission, and that is also the mission — but it is not the only mission,” he said.

Going Back to its Essence

Fr Rees explained that Pope Francis wants the Church to go back to its essence, acknowledging that the Church exists to evangelise.

“We as a Church in Southern Africa have to start looking outward, as we tend to be very inward-looking,” Fr Rees said.

“After 200 years of evangelisation, we still have very few missionary priests [of our own]. We are still reliant on people from outside to come to us — but what are we doing, how many missionaries do we really have?”

Fr Rees said there are a few of South Africans who are actually working in mission outside the country, and that is why becoming more missionary-minded is important.

But missionaries are not just priests and religious who evangelise in strange lands.

“The pope is asking all local churches to start informing people that being baptised has its responsibilities,” Fr Rees noted. Being a Catholic is “not just a piece of paper, a ceremony, or a sacrament — it’s moving beyond that to understand that every one of us has to get involved in mission”, he said.

“We have to live our lives in a way that we are witnesses to Christ in every aspect and in all circumstances. We need to be in a permanent state of mission,” Fr Rees said.

This is what is implied in the Extraordinary Month of Mission motto, “Baptised and Sent”.

Many local dioceses have started preparing for the Extraordinary Mission Month.

The archdiocese of Johannesburg last month met with 700 catechists. At that meeting Fr Rees spoke specifically about being missionary disciples and how that calls them as catechists.

The archdiocese will launch the Extraordinary Mission Month after its synod, and conclude it at a Mass at St Dominic’s School for Girls in Boksburg on October 19.

That event will begin at 9:00 with a procession of sodalities, groups and parishes, followed by Mass at 10:00. Entertainment and food will be available until 14:00.

Johannesburg archdiocese has also prepared a resource package for all parishes, sodalities and groups. It contains guides for para-liturgies and prayer services; teaching material for each level of catechesis; information on how to pray the mission rosary; youth group activities; material to enrich homilies, and so on.

The Archdiocese of Cape Town

In Cape Town, Archbishop Stephen Brislin in a pastoral letter said the Extraordinary Mission Month gives clergy an opportunity to focus their homilies on mission, and to encourage all parishioners to recognise their own call to mission.

The archdiocese has published booklets for small faith-sharing groups for the four weeks of October. These are available from the chancery at R15 each.

Cape Town will hold a special Holy Childhood Mass on November 9 at Lansdowne church at 10:30 for catechism children in faith levels 4-7.

Bishop José Luis Ponce de León of Manzini, Eswatini, said that he welcomed Pope Francis’ call for an Extraordinary Mission Month. But, he added, just one month of focus on mission will not have the impact that is needed to revive and deepen the missionary spirit.

To that ends, his diocese has declared an Extraordinary Mission Year which will be launched with a vigil at the Manzini’s cathedral of Our Lady of the Assumption on Friday, October 18.

During the vigil there will be the lighting of the “Mission Candle”, which features the names of all the dioceses parishes and the year they were established, from 1914 to 2018.

The Mission Candle is intended to visit every parish for three weeks. Other plans include the missionary prayer being said during the year, and every parish dedicating 15 minutes to the adoration of the Blessed Sacrament.

Home visits will take place throughout the year, and the diocese will celebrate “Outstation Sunday” where whole parishes are invited to visit one outstation to support it.

“We are all missionary disciples and we need to go out and be witnesses of Jesus Christ,” said Fr Rees,” and we need to do our share and live the faith that we received — because if we’ve really had this personal experience with Jesus Christ, then the joy and this new life that we’ve received cannot but push us to go out and tell others about it.”