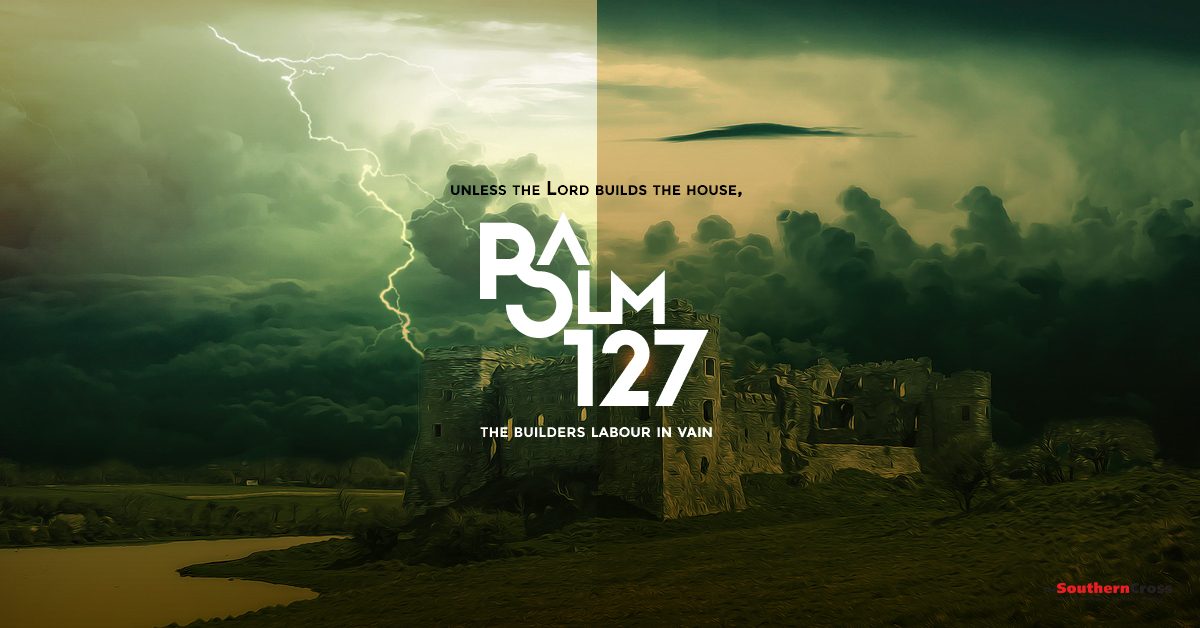 There is a disturbing observation I have read: “Competition in a ‘free’ market has led to discrepancies in productivity, income and life chances between individuals, groups, and countries and continents that dwarf those of feudalism” (my emphasis).

This was stated by Prof Klaus Nürnberger, a South African Lutheran theologian and economist.

We are clearly seeing a type of social revolution taking place in South Africa, measured by ongoing service delivery protests, looting and crime.

I am not concerned that the richest person has a huge multiple of income in relation to a poor person, but I am concerned with the diminished life chances of those at the bottom end of the economic ladder, poor access to basic amenities and schooling, poor conditions for learners to study in, ongoing cycles of debilitating poverty and frustration.

Prof Nürnberger’s observation applies to other countries as well.

“If the Lord does not labour, in vain do the builders labour,” Psalm 127 tells us.

The Spirit of the Lord is not animating the world economy, or there would not be so many people deprived of even a modest lifestyle, but they are part of a system that effectively excludes them.

This month, Pope Francis addressed a “Council for Inclusive Capitalism” in the Vatican, concerned that focus on short-term profit comes at the expense of long-term, sustainable and socially responsible development and investment (see the report on page 4).

Economics needs to be ethical and allow for the growth of each person. It needs to incorporate renewal, purification, and the strengthening of solid economic models based on our own personal conversion, and generosity to those in need.

The capitalist system includes a sole focus on one’s own financial progress, based on the principle that as individuals work to maximise their income, the economy, as a whole, benefits. This is not happening.

The new council is an initiative of participants in the Fortune-Time Global Forum in 2016, calling for a more inclusive and humane economy and the eradication of poverty.

Business is more than a provider of material needs, and a creator of jobs (hopefully). Economic development should foster the growth of the whole person as well, as Pope Paul VI stressed in his 1967 encyclical Populorum Progressio (14).

Pope Francis speaks frequently about the “throwaway” culture of consumption and waste.

He offers an alternative vision to that culture: “An inclusive capitalism that leaves no one behind, that discards none of our brothers or sisters, is a noble aspiration, worthy of your best efforts.”

These are brave statements in a frenetic world economic system.

Some 20 years ago, the accumulated investment funds, mainly of the developed countries, amounted to 28 times the value of goods and services traded throughout the world.

This type of money can cause havoc with the currencies, interest rates and inflation rates of weaker economies. It may lead to investment bubbles, such as the property bubble in the United States and Britain which forced the governments there to take drastic measures to save many banks which had been caught in a massive property collapse in 2008.

Another interesting statistic, which measures the extent of futures contracts traded (where huge portfolios of shares are traded), shows investors on average hold a share for 23 seconds!

Of course, there are long-term investors who hold shares for years, but together with the futures trading and hedging activities, the average holding period reduces to less than a minute.

Pope Francis is speaking to a financial community that is thin on ethical considerations and too often bent on short-term gains.

The 2008 economic collapse caused a rise in demand for the works of Karl Marx.. This is obviously not the model endorsed by the Vatican

Pope Francis remains committed to models which help the poor, to act decisively in order to build a better world.

May the Spirit of the Risen Lord enter the hearts of all economic agents…we have to do better.

Fr Pierre Goldie is a priest of the archdiocese of Cape Town.