Honour the Holy Family through Refugees 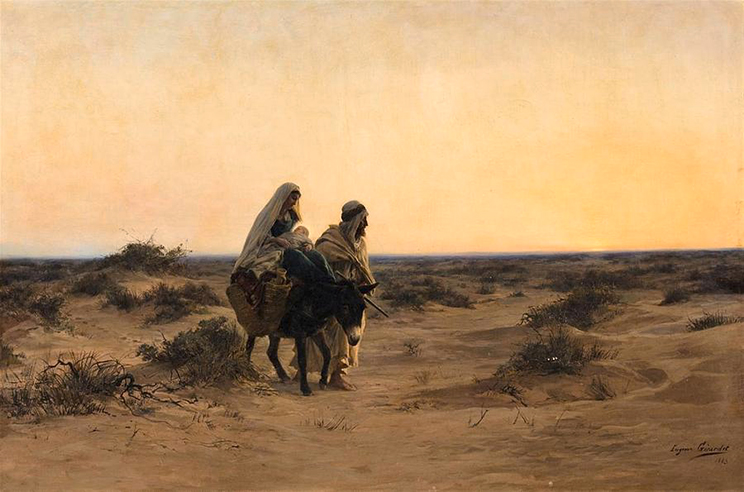 The flight into Egypt painted by Eugene Girardet

As the Holy Family once were migrants, so are many of those in our midst this Christmas. DALUXOLO MOLOANTOA explains how the Catholic Church aids migrants and spells out the Christian challenge to us.

The benches inside the cathedral of Christ the King in Johannesburg are a patchwork of nationalities every Sunday.

They are from countries all over Africa. Some are from Zimbabwe, some from Malawi, the DRC, Mozambique, Nigeria, and as far as Sudan and as near as Lesotho.

They also vary in terms of their legal status in South Africa. Some hold official refugee status. Some are officially classified as asylum-seekers fleeing persecution, and others yet are economic migrants.

They come to the cathedral every Sunday to attend Masses hosted throughout Sunday morning and evening for diverse African migrant and refugee communities and in various languages.

Every Christmas Day these multi-ethnic and multi-lingual communities come together as one to celebrate Mass as a community of migrants and refugees.

This Christmas Day Mass is an occasion for these communities from all parts of the continent to get together and express their belief in a better life, despite the difficulties many face in finding their place in South Africa.

For some—especially economic migrants from neighbouring countries such as Zimbabwe, Lesotho and Swaziland—this is the time to travel back home to share with their families what they have been working for in the preceding 11 months in the country’s most populous city.

About 15km east of the cathedral is the Bienvenu Shelter. The staff at the shelter have their hands full as usual but today it is for a special reason. The shelter is hosting a Christmas Day party for resident babies and children.

Bienvenu Shelter is a social project whose aim is to provide for the needs of migrant mothers and children by offering them accommodation, nutritious meals, clothes, access to health facilities (including psychological), education for the children, legal assistance, guidance and support, and other needs as and when they arise. 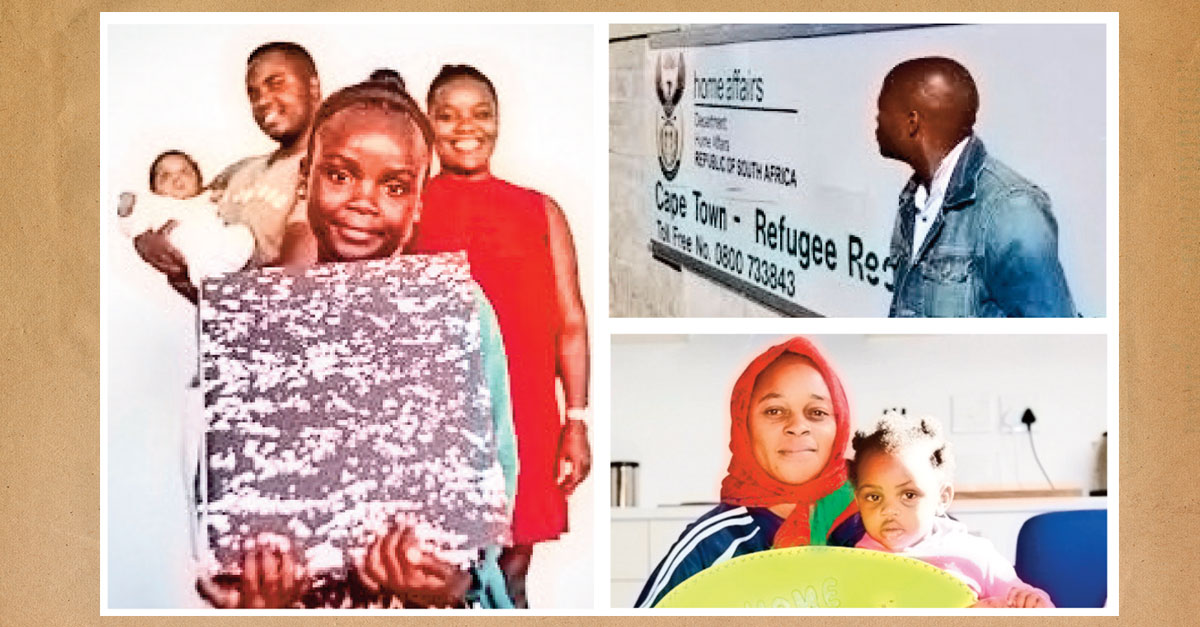 The Scalabrinians are based in various parts of the world and aim to ensure the promotion of human dignity and the human rights of migrants everywhere.

In South Africa, this work is done in Johannesburg and Cape Town. The Scalabrinians are more known for and associated with their Cape Town project, the Scalabrini Centre, which has spearheaded and challenged the South African government through far-reaching and widely-publicised litigation in the Cape Town High Court especially.

As in the areas of education and health services, the Catholic Church in South Africa is the largest non-governmental organisation to provide essential services to the migrant and refugee community.

Apart from the Scalabrini Missionaries, the Church itself has integral bodies such as the Pastoral Council on Migration and Refugees (PCMR) within the conference territory which is coordinated by a multidisciplinary team, including Jesuit Refugee Services, Caritas, the Catholic Parliamentary Liaison Office, Catholic Relief Services, the Sisters of Mercy, the Scalabrini Centre and various refugee consortiums.

The PCMR acts as an official Church voice on issues relating to migrants and refugees, and a channel of communication between diocesan offices and the bishops’ conference.

At a recent workshop hosted by the Lumko Institute in Benoni, PCMR head Archbishop Buti Tlhagale of Johannesburg pointed out that attacks on migrant communities and their businesses are likely to continue because they “are now inextricably linked to service delivery protests”.

He said that migrants should not be scapegoated through violence for “the deep dissatisfaction of South Africans with the corruption and inefficiency of their own municipalities and their national government”.

Besides challenging the state through the court system, the Scalabrini Centre helps the refugee and migrant community in Cape Town in a number of other ways, even during the festive season.

“At most times in the run-up to the festive season, we at the Scalabrini Centre are involved through our legal division in helping travelling migrants to organise their travelling documents,” said Charlotte Manicom, the Scalabrini communications officer.

“It is not unusual for a family to discover at the last minute that their travelling documents allowing them to travel to and from Zimbabwe are not yet ready, and they have to abandon their trip home until the next year perhaps. It is in such areas that we make our intervention to see to it that the Department of Home Affairs fulfils its mandate of helping such a family with the correct documentation within the correct time-frame,” she explained.

It is Archbishop Stephen Brislin of Cape Town who formulated the Christian challenge for Christmas: “We, as Christians, get so caught up in the joy of the birth of our Saviour Jesus Christ in this period that we forget the real struggles his parents had at this very same period. They could ‘find no place in the inn’ and were, for all intents and purposes, homeless until given a stable.”

And then the Holy Family themselves became refugees, he noted.

“After the birth of Jesus, the Holy Family had to flee, fearing the persecution of a ruthless and tyrannical king. Vulnerable and at great risk, they went to a foreign country and were dependent on the hospitality of strangers

“That really sums up what a refugee is—one who is displaced, usually to another country, through war, persecution or natural disaster,” Archbishop Brislin said.

And then he added: “Let us spare a thought and a prayer for the plight of refugees this Christmas.”

Daluxolo Moloantoa is the content manager at the Scalabrini Institute for Human Mobility in Africa.