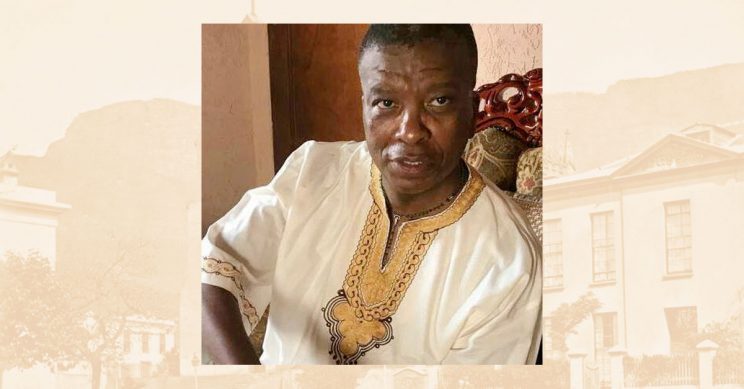 Marumagae Moshe who has written The Catholic Church—200 Years in Southern Africa: The Six Transitional Phases

In a new book, a Johannesburg Catholic offers a guide he hopes will help readers better understand the Church’s journey.

The book is a perspective from a layperson, Mr Moshe said.

“It’s designed to be a handbook for assessing our performance against the Johannesburg Synod in 2009 and SACBC Pastoral Plan 1988 documents. It shares best-practices for vision and mission formulation, and development of parish year-plans,” he said.

The Maryvale parishioner said he was motivated to write the book after realising last year’s bicentennial celebrations of the Church in South Africa had little mention of contemporary history.

“There are parallels that I have drawn between the six transitional phases in the Catholic Church and the political history of South Africa. The transitional phases are both strategic and generic in nature, which members of other Christian denominations will identify with,” Mr Moshe explained.

The book is divided into three sections: an analysis of the Church’s 200 year in South Africa; a SWOT (strengths, weaknesses, opportunities, threats) analysis to learn from history and understand the current situation; and scenario planning for the future Church.

Each chapter has an appendix, titled “Invitation to share and act”, with questions to guide readers, individually or in a group, to reflect on the chapter’s important insights.

Mr Moshe suggested that the book be read with a pen and paper for readers to scribble their own stories and contribution to building South African and the Catholic Church in Southern Africa.

He sees his book as improving the image of the Church.

“I give the broad vision and mission of Christians, and Catholics in particular. I state the distinctive characteristics of the Catholic Church,” Mr Moshe explained.

“We are appealing to ordinary South Africans, Catholic and non-Catholic, to engage with and critique the Catholic Church,” he said, adding that he wants Catholics to be the authors of their own history, to see the role they have played in the Church and its impact on their lives. “The Church belongs to them,” he said.

Mr Moshe is the chair of Why Catholic/Renew Africa group, a Justice and Peace member, and chair of PFC finance subcommittee and vice-chair of Men’s Forum at Our Lady of the Wayside in Maryvale.

He grew up in St Peter Claver parish in Pimville, Soweto, where he was tapped as a young man to lead the parish finance committee.

Mr Moshe graduated with a commerce degree from Vista University.

The Catholic Church—200 Years in Southern Africa, The Six Transitional Phases is sold as a hardcover at R190 and is available at Pauline’s Books & Media; or as orders placed directly at marumagaemoshe@gmail.com