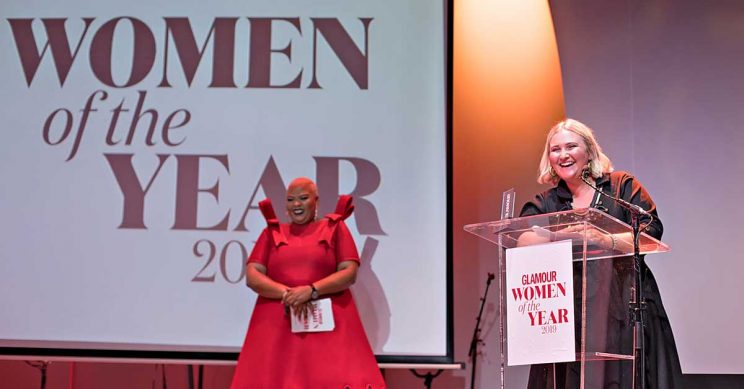 The Catholic founder and CEO of The Justice Desk received an award at Glamour magazine’s 10th annual Glamour Women of the Year Awards.

The Glamour Women of the Year Awards honours and celebrates women who are “the epitome and essence of everything glam and what South African women stand for”.

Jessica Dewhurst, of St Michael’s parish in Rondebosch, Cape Town, was named Glamour Woman of the Year in the “Goodwill and Activism” category.

“I chose to accept the award on behalf of the incredible women I have the privilege of working alongside, those who fight for the change they may not see in their lifetimes; in the hope that there will be a fair and equal future for generations to come,” Ms Dewhurst said.

She started The Justice Desk in 2013 in response to the growing need for human rights education and training. It is based on the spirituality of Bl Edmund Rice, founder of the Christian Brothers congregation.

Ms Dewhurst recognised that systemic injustice was, and still is, preventing people from accessing their human rights, and she wanted to address this in a sustainable, community-driven and community-owned way.

Over the past six years, The Justice Desk has impacted the lives of over 220000 people across South Africa, Zambia and Zimbabwe.

“When we seek refuge in each other, we feed the fuel needed to keep up the fight. It’s the women who are the first to peacefully march; women who fill the courtrooms demanding justice; and women who are paving the way for our future children of this country,” she said.

“It’s the gogos, aunties, mothers, sisters, daughters, trans women…It’s you, it’s me, it’s the women sitting next to you—it’s each and every one of us,” she added.

“Somehow men continue to try to convince us we are second-class citizens and weak. They build structures and systems of oppression to try to control and repress the power of women,” Ms Dewhurst said.

“For too long there has been a war waged on the bodies of women and the girl child. To those men, we say: Enough! You can try to cage us, but you will never break us.

“To our women, never forget that you are a warrior, among a powerful sisterhood of South African women who have gone before you. Your power is stronger than you know. Please, never, never, ever give up—because we need you now more than ever,” Ms Dewhurst said.