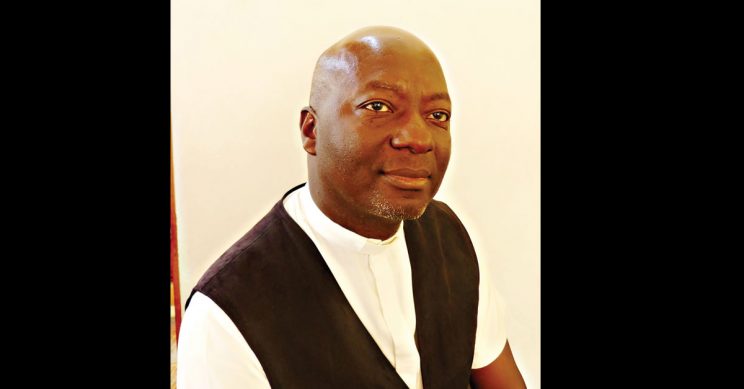 When the youngest bishop in South Africa takes office in his rural Eastern Cape diocese, he will feel the support from the people he is serving.

Uganda-born Mgr Joseph Kizito will be ordained bishop of Aliwal North on February 15.

The 52-year-old prelate will be the sixth and first black bishop of the diocese.

The long-serving vicar-general of the diocese said he had mixed feelings about his appointment, but also feels strong support from the volume of congratulations he had received.

“All of the support gives me a feeling of belonging, and being called into a family,”  Mgr Kizito told The Southern Cross.

“I trust in the Lord because he has called me, I don’t feel alone.”

The diocese had been without a bishop since the resignation of Bishop Michael Wüstenberg in September 2017.

Bishop-elect Kizito is now preparing to lead a diocese that has 15 main parishes and many outstations. He said that he will continue to build Small Christian Communities (SCC) as part of his pastoral focus.

“I want to continue on from the legacy of Bishop Emeritus Fritz Lobinger,” he said, referring to the bishop of Aliwal from 1989 to 2004.

“I want to connect the old and new pastoral plans in the SCC, and bring Jesus Christ to these communities through Bible-sharing. That for me is where people can tell their stories and can talk, and see the presence of Jesus,” he said.

“I will also continue to nurture the young people in leadership so that each one of them feels ‘baptised and sent’ in their own communities,” Bishop-elect Kizito said, quoting the motto of the Extraordinary Mission Month in October.

One of the challenges facing the diocese is the lack of vocations to the priesthood and religious life.

“Education is something that the youth in Aliwal North need to take more seriously. A lot of the matric results are poor, and so many can’t meet the requirements to get into a seminary, should they want to,” the bishop-elect said.

Another problem is the drain of young talent to the cities. “We baptise, confirm, and educate the young people here — and then they take a bus to Cape Town or Durban or Johannesburg. We need to see improvements in the area so that the youth don’t leave, and if they do decide to leave and follow their vocations, we want them to come back. But what will they be coming back to?”

Born in 1967 in Rubaga-Wakaliga, Uganda, Mgr Kizito has a science degree in technology from Urbaniana university in Rome.

He was ordained to the priesthood in 1997 in the diocese of Aliwal North.

As a young priest, he did his pastoral work in St Francis parish under the supervision of Fr Jabu Khumalo, as the assistant parish priest.

From 1998 to 2003, Mgr Kizito served Mhlanga parish, the first black priest to work there.

It was during this time that he pursued his postgraduate studies in missiology with the University of South Africa. He obtained both his master’s degree in missiology and theology there.

In 2003 he was transferred to Sterkspruit pastoral region as a moderator and priest-in-charge. He was appointed Bishop Wüstenberg’s vicar-general in 2008.

Pope Benedict XVI conferred the title of honorary prelate, or monsignor, in 2009.

Since 2013 Mgr Kizito has served the pastoral region of Aliwal North where he has ministered in seven churches.

Mgr Kizito is in the final stage of completing his PhD in missiology, focusing on youth sexuality and behaviour-changes in areas of HIV and Aids.