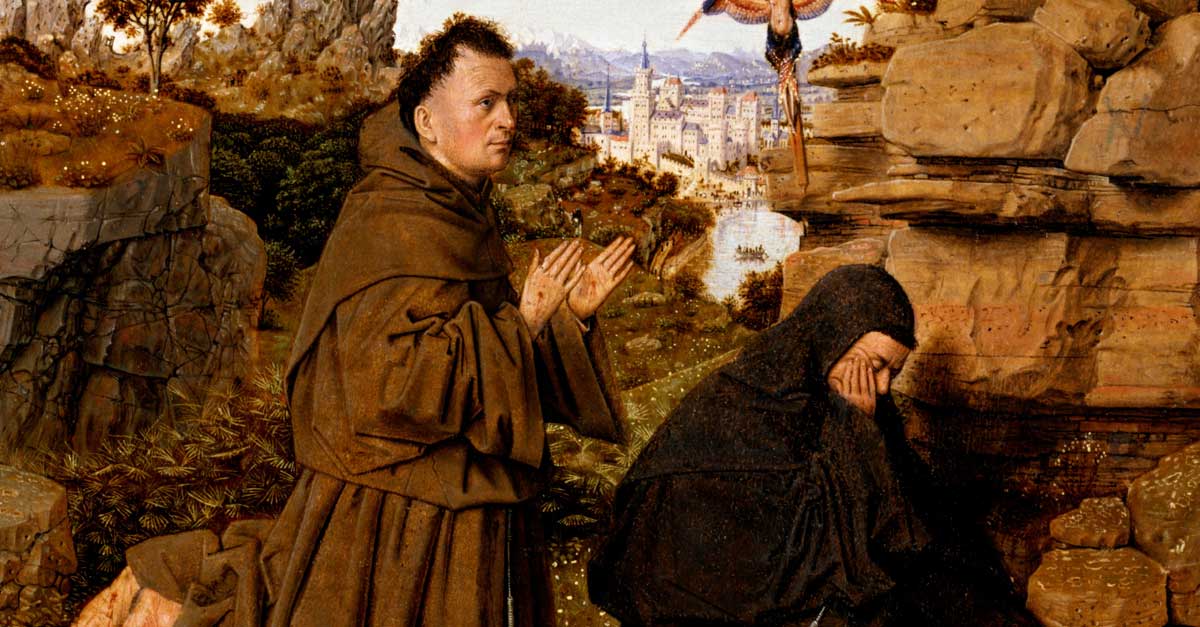 By Fr Paddy Noonan OFM – I  have been following the peace initiative of St Francis 800 years ago because it might have something to say to us today.

Related to that, I’m interested in the motivation behind Pope Francis’ Islamic travels following the lead of St Francis.

Pope Francis confounded many this year when he visited the United Arab Emirates in February and Morocco the following month. Clearly he is inspired by St Francis, his namesake.

In 1219, a time of the Crusades, St Francis travelled to Damietta in Egypt to talk peace with Sultan al-Malik al-Kamil.

Fr Michael Perry, minister-general of the Franciscans, issued a reflection this year on how St Francis arrived at “the camp of the crusading army, among Latin Christians who through years of preaching and the rhetoric of holy war had been taught to scorn Muslims. T

“Those same Muslims had every reason to scorn Francis, assuming that he, like most in the crusader camp, was an enemy and not a bearer of peace.”

But the unexpected happened: “That a Spirit-filled man with nothing of his own crossed the battle lines unarmed to request a meeting with the sultan, was received with grace by that sultan, enjoyed an extended period of hospitality with the Muslim leader and emerged from the visit to reflect anew on the mission of the Friars Minor.”

The Islamic world that is open to dialogue today tends to be that which follows the Sufi mystic stream of Islam.

A great inspiration here is Rumi, an amazing medieval Islamic poet and philosopher who lived from 1207-73.

The US-based Islamic cleric Fethullah Gulan’s movement on tolerance, which is outlawed by the present Turkish government of Recep Tayyip Erdoğan, is inspired by Rumi.

Rumi, who is buried in Turkey, greatly admired St Francis even though they did not actually meet because Francis was in North Africa in negotiations with the renowned Muslim leader Malik al-Kamil.

Top level meetings for prayer and reflection are at present taking place worldwide initiated by the Church. The friars are in there too paving the way.

A while back this year, the South African Catholic Church inter-faith contact person, Fr Christopher Boyer M.Afr, invited me to one of these meetings in Johannesburg where the Muslim organisers showed the new Jeremy Irons film, The Sultan and the Saint.

After the showing we had a lively discussion. I told the 60 invited Muslim guests, tongue-in-cheek, that the producers who were advised by Franciscans seemed to have read my book dealing with the same subject, St Francis Uncensored.

Muslims can take a joke. I also drew their attention to the similarity of the habit of St Francis in the film and the one I was wearing. There was amazement from the ladies in hijabs and chadors.

Afterwards I was happy to make a presentation of my books on racism and St Francis to the Muslim leaders. They in turn presented me with the six-volume complete works of Rumi. I felt at that moment very scholarly!

“Your task is not to seek for love,” Rumi wrote, “but merely to seek and find all the barriers within yourself that you have built against it.”

Our Call to be Prophetic in Time of Crisis