A Church Divided Will Fall 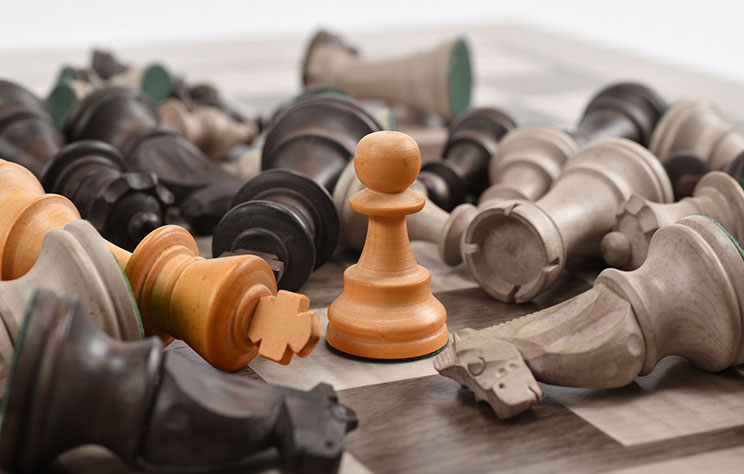 For as long as we identify ourselves as “us” and “them”, we will remain divided—as a nation, but also as a Church.

It’s a continuous fight within the Church between self-proclaimed traditionalists and liberals.

Both sides are trying to get their voices to be louder in debates over whether Mass be celebrated facing the wall or whether there is salvation outside of the Catholic Church.

Instead of just trying to be good Christian Catholics, we have become little groups fighting over hymns of ancient or modern tradition. The Church is divided.

A couple of months ago I attended a youth leaders’ forum set up by the youth chaplaincy of the archdiocese of Cape Town. It was heartbreaking to hear of how some parish communities were divided within themselves.

One of the youth leaders told of how the youth within his parish couldn’t function because of the divisions which still existed within the community.

Another spoke of how parents from a more well-off area within the parish didn’t want their children mixing with youths from “less desirable” areas. The parish was divided.

A couple of weeks later I attended a youth forum with the foreign community of Cape Town, where youth were given a platform to dialogue on how the Church could better make them feel welcome.

It was evident that we South Africans weren’t welcoming our foreign brethren; sadder yet, as Catholic communities, many of us still discriminate against our foreign family, with stereotypes existing, even within the core and functions of many parishes. The Church remains divided.

After the youth forum, I found a few traditionalist Catholics tearing a liberal apart on Facebook.

I came to my brother’s rescue. The debate got heated, and no punches were pulled. For my troubles, I was cast into the fiery depths of hell a few times for being, according to them a “heretic”.

Within the hour, the number of comments from liberals and traditionalists on the group went from 20 in the first few minutes to nearly 80. It was evident that we were all Catholics (even though the traditionalists didn’t classify the rest of us as such), yet we were divided.

I left it at that and decided to accept my fate of being thrust into the eternal damnation of Hades by the traditionalists.

The next day, I stumbled across Abraham Lincoln’s quote (based on Mark 3:25): “A house divided will never stand.” And then, while reading through scripture, I came across the verse where Jesus prayed:“Father let them be one as You and I are one” (John 17:21).

I then decided to inbox one of the more vocal traditionalists, one who knew that my eternity was a fiery one because she said so.

In my message I made it clear that I would rather dialogue with her privately because non-Catholics might see the Facebook thread, and it was off-putting for an outsider to see us, as brothers and sisters, fighting among each other.

Weeks went by and I got no response then my Facebook Messenger alerted me that a message had arrived from my sister-in-faith.

“This has got to be a juicy piece,” I thought. After all it took more than two months for a response to be received. But I celebrated too early. All it was, was an image saying: “I don’t care, I did not read.”

But there was something else brewing, something which would eventually unite her and me as Catholics fighting for the same cause. Some parishioners and clergy within her parish were abusing their power.

Here we both were as Catholics, with very different opinions but united in wanting to eradicate evil which exists within our Church and which continues to hurt and tear us apart.

Yes, we may have differences about theology and doctrine, but that was minor compared to the abusers who lurked around her diocese and parish.

My new friend and sister in faith helped me understand that traditionalists and liberals will always exist within the Church—it is what makes the Catholic experience so exciting.

We are a Church where we can enjoy the aroma of incense and have hymns ancient and modern sung, or have a more relaxed worship with youth dancing in the aisles with hands in adoration. The key to us existing together as people of different ideologies is that we embrace it, and we embrace one another—even if our toes are stepped on and our opinions disagreed with.

The devil lives to see us divided, and if we keep looking at minor errors of opinion and ignore the abuses and other evils which exist within the core of the Church, then we might as well accept that our Mother Church will sink to depths of the ocean as did the Titanic.

Let us learn to dialogue among each other, to break racial stereotypes, to integrate alternative ways of worship and embrace it (and one another).

We may not agree with one another all the time, but that’s what makes our family special. We are indeed a family, who need to love one another and continue praying that the Father will unite us as one, just as he and Jesus our brother are one—and leave the casting into damnation of hell to Christ whose rightful authority it belongs to.

So instead of classifying yourself as “black” and “white”, rather see yourself as a South African. And instead of classifying yourself (or others) as “conservative” or “liberal”, rather work for the common purpose of being a good Christian Catholic through the love for our fellow brethren—even our fellow Christian brethren not in union with us, who are also inheritors of Christ’s Heavenly promise.