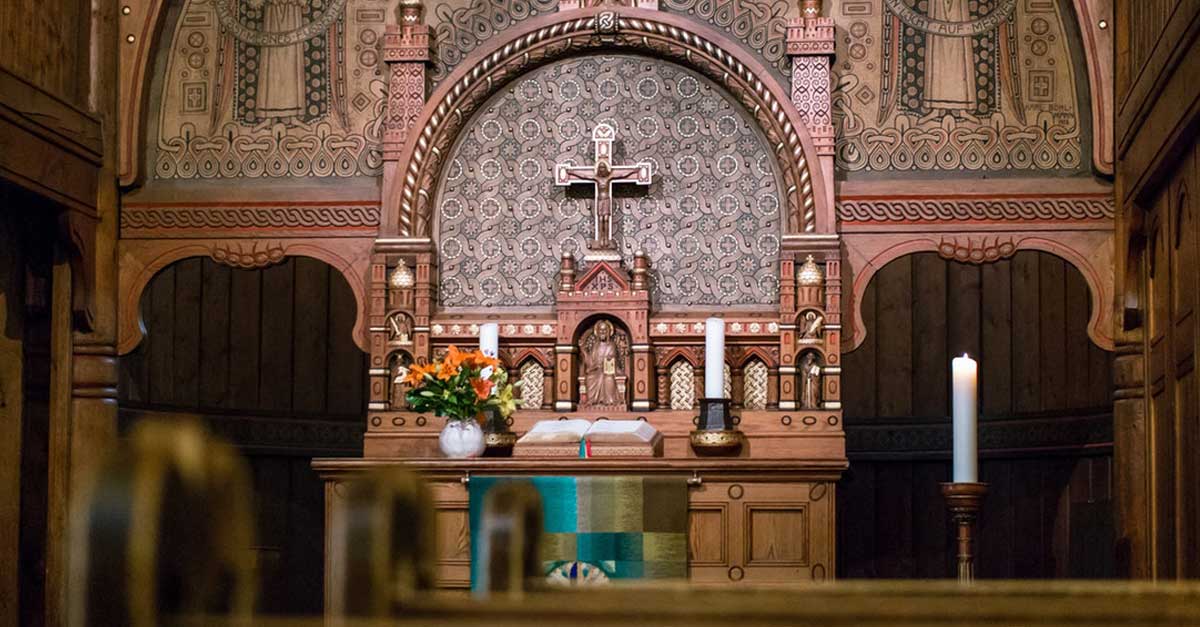 A sacristan recently told me about a priest who refuses to cover the altar with a full-sized cloth because he doesn’t like “fancy decorations”. I was brought up to believe that the altar must be covered with a cloth. What are the rules? – L Carney

Before the reforms of Vatican II, it was the general rule that the high altar in the church was to be covered by three cloths.

The uppermost of these was to be white, as wide as the altar and long enough to reach the ground on either side.

In early times, the altar table was consecrated by the bishop who used to anoint it liberally with sacred chrism. This left it sticky and quite greasy. In order to protect the altar linen cloths from the oil, a grease-proof cloth was first laid over the altar.

On top of that it was common to have a second cloth of a thick material whose purpose was to act as a cushion so that the altar top would not be damaged by the heavy metal vessels placed on it during the liturgy.

The stone of the altar was often easy to chip, and the older chalices, patens and ciboriums used to be rather weighty, often embellished with jewellery and lots of ornamentation.

Since Vatican II, much has been simplified and at least one white altar cloth is required during the eucharistic celebration.

The General Instruction of the Roman Missal says the shape, size and decoration of the cloth should be in keeping with the altar’s structure (304). This implies that there is some leeway in deciding whether the cloth should drape all the way to the floor or only part of the way.

Sometimes an undercloth of some heavy material may be required to give some stability to the white altar cloth and prevent it from crinkling, which is quite common when the linen is of a light fabric.

During the day the altar may be draped with a dust cover of some suitable material.

The reforms in altar linen were intended to highlight the symbolism of the altar not only as a place of sacrifice but also as the table of the Lord’s Supper to which we are invited, a prelude to the final joyful reunion with Christ in his kingdom.