Bishop Sipuka: Why We Need a New Pastoral Plan 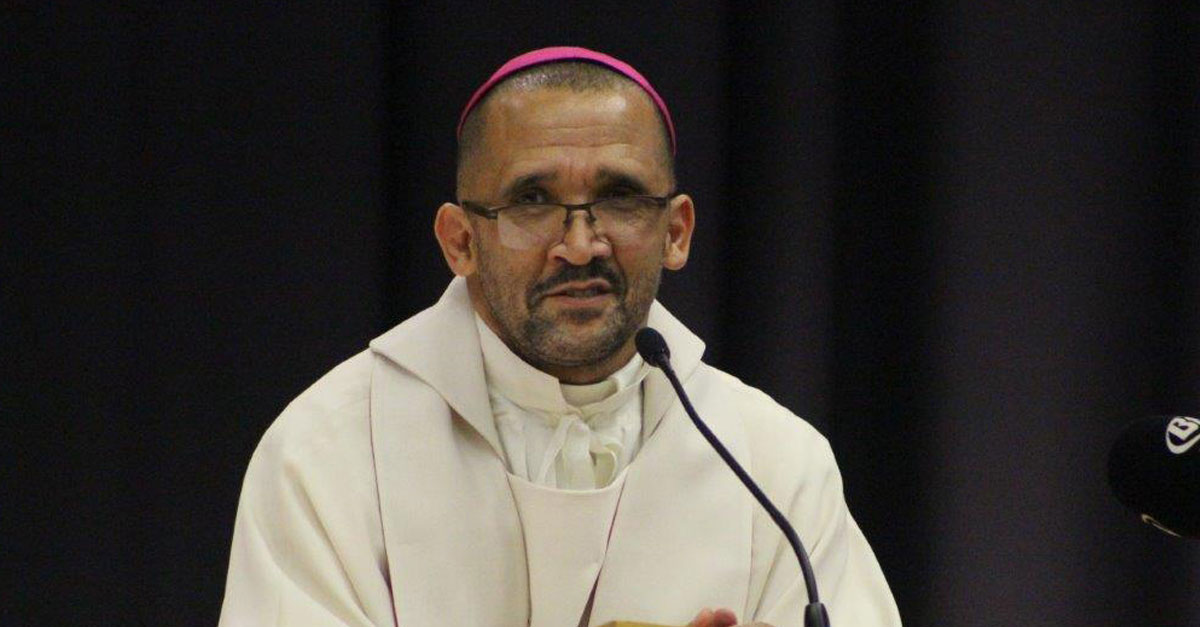 New cultural and social contexts no longer “serve the living and the propagation of faith”—which is why the new Pastoral Plan launched by the bishops is so important, according to the president of the Southern African Catholic Bishops’ Conference.

Bishop Sithembele Sipuka of Mthatha noted that the days are gone when religion was a prominent part of the school day, shops were closed on Sundays, TV and radio stations began the day with a Christian message, and so on.

Titled “Evangelising Community, Serving God, Humanity and All Creation”, the new Pastoral Plan “seeks to change the way of being Church, to change the system of being Church so that it responds effectively to the changed situations of our time”, Bishop Sipuka told the assembled bishops of Southern Africa in an address.

“This Pastoral Plan aims at helping us to move from a maintenance Church to a missionary Church,” he said.

Bishop Sipuka quoted Pope Francis’  2013 apostolic exhortation Evangeli Gaudium which calls for “a missionary impulse capable of transforming everything, so that the Church’s customs, ways of doing things, times and schedules, language and structures can be suitably channelled for the evangelisation of today’s world rather than for her self-preservation” (27).

The bishop recalled that the need for a new Pastoral Plan was prompted by a realisation by the bishops that “as a Church in this region, we are not making an impact, both on the people we serve and in society”.

“There is no growth in faith and spirituality,” he said. For many, that growth ceases with confirmation, and most Catholics don’t seem to regard “witnessing for Christ and continuing the work of evangelisation” as their task.

“They tend to see themselves more as there to be serviced by the Church, to be served sacraments, to be preached to and to be buried,” he said.

“The most they do is to fulfil the obligation of supporting the Church financially, and some of them do so grudgingly because they have no sense about the missionary nature of the Church which requires resources in order to do this missionary work,” Bishop Sipuka noted.

“As a result of this attitude, our faith does not influence society; it is as if the Catholic Church does not exist. Laws, trends and phenomena emerge and the Church is simply subsumed by these developments. Even as we engage in charity and development projects, we do not have a distinct perspective that marks us as a Church and adding an evangelising aspect to what we do.”

The Pastoral Plan was born out of the realisation that a large number of Southern African Catholics have yet to understand that we all—not just some—are baptised and we are all sent, Bishop Sipuka said, quoting Pope Francis’ motto for last October’s Extraordinary Missionary Month.

The bishop urged that financial self-sustainability is key to the success of the Pastoral Plan.

“This is something that we need to take up now in a big way because if this Pastoral Plan is to be successful, it needs resources in the form of trained and skilled personnel and finances. We need to have a planned way of sustaining ourselves as Church in the SACBC region,” he told his fellow bishops.

In writing the Pastoral Plan, he said, “efforts have been made to consult all the stakeholders”. Therefore the bishops hope that “all Catholic formations, the institution, schools, dioceses, religious congregations within the SACBC  [and so on] will be informed by the theme of this pastoral plan in their local pastoral plans and programmes”.