Open Eyes To Moral Error Within The Church? 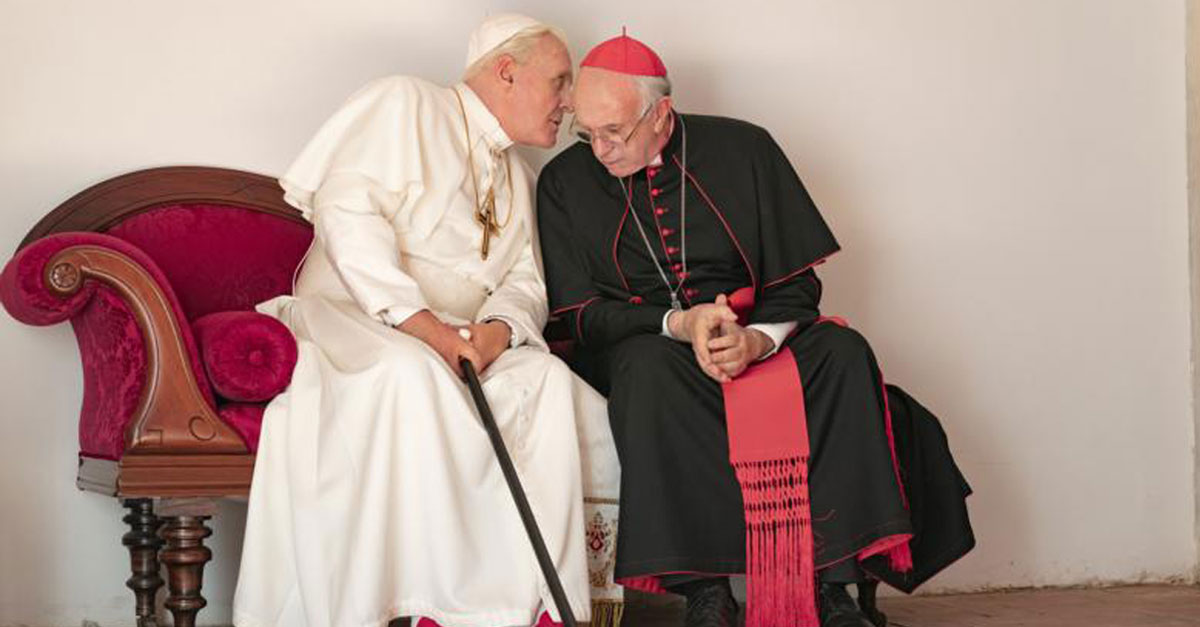 Early last year the Irish-American Catholic novelist Alice McDermott wrote a controversial opinion column in The New York Times about what she called “the moral error of discrimination” within the Catholic Church.

By this she meant the refusal to ordain women to the priesthood while holding that “at the centre of our faith is the belief that every human life is of equal value”.

McDermott calls herself a “reluctant and often contrarian Catholic”. A “Contrarian Catholic”, I surmise, is someone willing to take personal responsibility for the interpretation of their beliefs beyond the common precepts of faith we all share as Christians, and Catholics particularly.

The “Logic” of Discrimination

McDermott claims that the abuse of women and children within the institute of the Catholic Church follows from “the inevitable logic of discrimination: if one life, one person, is of more value than another, then ‘the other’, the lesser, is dispensable”.

“For the male leaders of the Catholic Church, the lives of women and children become secondary to the concerns of the more worthy, the more powerful, the more essential person—the male person, themselves,” she wrote.

This leads to everything being sacrificed, including the lives of the faithful, at the altar of protecting these powerful men and the image of the Church, at all costs, she suggested.

This is the “sin of omission” Pope Benedict XIV confesses to Cardinal Jorge Mario Bergoglio in a scene in the brilliant film The Two Popes.

Were we to go beyond semantics and proof-mongering, we would be able to admit that there’s generally muted evidence out there that justifies these allegations. We don’t have enough space to argue the case here.

The Catholic Church, as the institution, argues that its refusal to ordain women is not about the devaluation of women but rather the assignation of different roles for different genders within the Church.

They often base this argument on the Last Supper where the Church teaches, the priesthood was inaugurated by Christ.

Several Catholics, and many in the world in general, are not convinced by this argument.

The Church prides itself in never following the spirit of the world, even when, in Christlike spirit, this seems the more humane thing to do.

This argument, by the way, is also competently made in The Two Popes. I urge everyone interested in the price of integrity and path of true redemption to watch that movie.

Judging by the responses to her New York Times op-ed, McDermott opened herself up for easy dismissal from the puritanical judgments of conservative Catholics by defining herself as a reluctant and often contrarian Catholic.

Not a “Real” Catholic?

They ended up dismissing her whole argument based on the lazy premise that she’s not a “real” Catholic — whatever that is.

Not that it would have made any difference had she chosen to suppress her radical honesty. Many on the traditionalist fringes already accuse even the current Holy Father, Pope Francis, of not being Catholic enough, because he often tempers the jagged ends of an idealised faith and the scandals it produces by its failures with mercy.

In an article she wrote for the Boston Review, if my memory serves me well, McDermott mentioned her jealousy of people like the American writer Flannery O’Connor whose certainty of faith seemed rigid and unmovable.

Hers, McDermott claims, needs to be renewed, every day, by shoring it against the assaults of doubts.

Many of us, including several saints, even Mother Teresa, will testify to the same workings of doubt in strengthening the evolution of our faith. Often we find faith calcifies into static dogma when it is too rigid to breathe through healthy doubt, but this is not the topic for the day.

McDermott ends her article with questions of what shall be next for a Church that feels betrayed by is leaders; whose members no longer believe their impotent apologies and ineffective actions to right the wrongs.

“For those of us trying to hang on to our affiliation with the Catholic Church, Pope Francis’s recent defrocking of  Theodore McCarrick, a former cardinal and archbishop of Washington, though commendable, is no recompense for the blindness, the arrogance, the cruelty of a system that allowed that pathetic man to become the shepherd of one of the most visible dioceses in the world,” McDermott wrote.

She also thinks, judging by the looks of things, that the moral error within the Church is prevailing.

Despite the fact that, throughout history, the church has suffered what can be called the Oedipus Complex (becoming the instrument to bring about the very thing she hopes to avoid) I stand by the promise of Christ that the doors of hell shall never prevail against her, even despite the glaring failings of her shepherds.

Nonetheless, moral error in the Church is leading many to abandon her fold in our era. Perhaps we should look at our current situation along the lines of the times of Lutheran Reformation when the Catholic Church suffered from self-induced deafness, and learn from that.