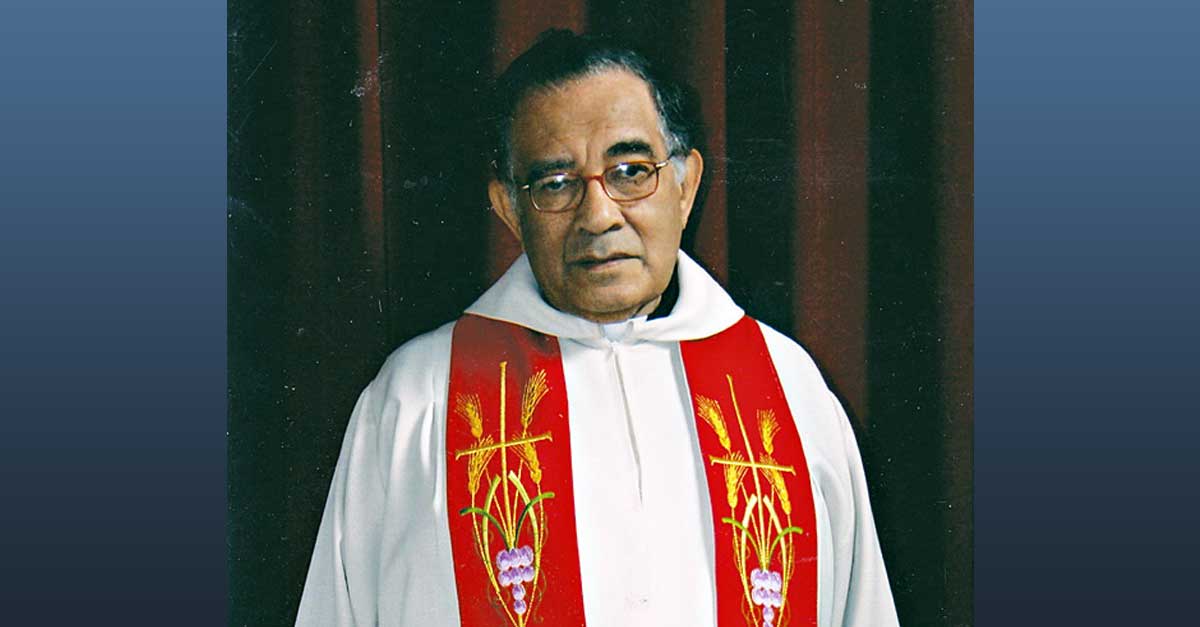 Oblate Father Albert Danker, one of Durban’s most revered priests, died on January 28. He was 90.

In the last few weeks before his death, Fr Danker had been in hospital after having suffered a stroke. He returned to Sabon House, the Oblates’ retirement home, just two days before he died.

According to the Oblate of Mary Immaculate provincial Fr Neil Frank, the late priest was loved by many.

“Fr Danker was exceptional in his preparation of liturgies and his pastoral ministry touched the lives of many. There have been many tributes while he was still alive and there will be many more to come,” Fr Frank said.

Fr Danker was born on December 8, 1929, to Henry and Lillian Danker (née Thomas), the oldest of four children in a family of Mauritian and French descent.

He attended St Augustine’s School, an institution for coloured children, which stood at the place now occupied by the Denis Hurley Centre, next to Emmanuel cathedral.

In a 2015 Southern Cross article, Fr Danker recalled that at a very early age, even before he went to school, he was interested in the things of the Church.

“My mother would take me to Mass and we would kneel there in the church, and I’d be listening to bells ringing and the incense would be burning. In those days the altar servers would strike the gong when the bells rang, and I thought that I was hearing birds singing at the same time as the church bell ringing,” he recalled.

As a child, he created an “altar” from tomato boxes and would pretend to celebrate Mass.

After leaving St Augustine’s, he attended Umbilo Road High School and in 1949, he entered the Oblate novitiate, in Germiston.

In the 2015 Southern Cross article, he recalled: “The YCW was a wonderful movement which really formed hundreds of young people. There were no racial barriers. We were hounded by the Special Branch.”

One day a stressed member approached him; the security police had demanded that he give them a copy of the YCW’s constitution.

“I said, ‘We’ve got no constitution. Here is the Bible, give them the Bible.’ So he did. They were furious.”

In 1972 he resigned his position and was appointed parish priest of Assumption parish in Umbilo, where he served for four years.

This was followed by Fr Danker’s appointment as superior of the Oblates of Mary Immaculate, and during the following six years he took leadership in initiatives such as starting the Red Acres retreat house and inviting members of other congregations to teach at the Oblates’ St Joseph’s Scholasticate in Cedara.

In 1983 Fr Danker was appointed to St Anne’s in Sydenham, where he remained until his retirement in 2005, at the age of 75. He then took up residence at Sabon House.

“He had served the Lord and God’s people with all his heart, and we celebrate his life with thanksgiving,” Fr Frank said on behalf of the Oblates.