Papal Nuncio: What I Love About South Africa 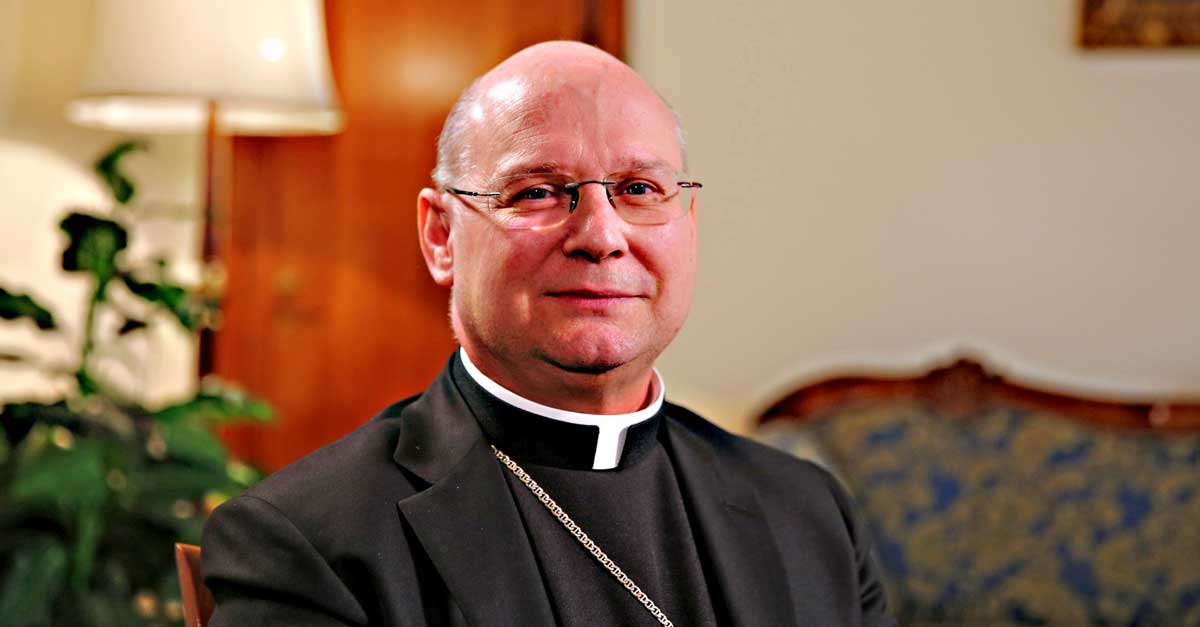 The varied nature of the Catholic Church in South Africa is unique, and he loves doing pastoral work and going out into the parishes across the country, the papal nuncio told Archbishop William Slattery in an interview.

Archbishop Peter Wells was appointed nuncio—the representative of the pope—nearly four years ago, on February 9, 2016.

“I love to do pastoral work and so I might do two or three things in a day,” he told Archbishop Slattery on Radio Veritas.

“So in the morning, I can be in a township with a wonderful vibrant liturgy, in the afternoon, in Pretoria where the liturgy is different and maybe more like what you find in an Irish parish, and then I might find myself in a coloured community which also has its own flair,” Archbishop Wells explained.

“Every group has its own personality and flavour which is a wonderful thing that this Church offers because, at the end of the day, even though they may be different in many ways which reflect the rainbow nation so beautifully here in South Africa, they are all one, and there is great unity among the Church.”

Another thing he is inspired by is the youth of the Church in Southern Africa, which he says is incredibly young.

“When you go to churches you see they are filled with young people who are very much involved, enthusiastic, and vibrant. This is a different experience than you will find in Europe and even places in the United States, or other countries right now,” Archbishop Wells noted.

“I’m very hopeful about the future of the Church in this country and what it has to contribute, not only to greater Catholicism but in a particular way to society here in Southern Africa.”

Prior to his appointment to Pretoria, the 56-year-old US-born nuncio served in various positions at the Vatican.

He noted that secularism is a particular problem facing the Church across the world.

“Sometimes it leads to great misunderstanding about the intention and the role of religion in modern society,” he said.

“There is also an attempt at times to exclude religious discussion from the public forum, which is a big mistake [as] we have seen historically,” he said.

Another global challenge for the Church is the generally diminishing number of young people who are interested in institutionalised religion, which Archbishop Wells said might also have to do with a crisis in institutions.

“In the last number of years we have seen that institutions, especially the ones which have been around for a while, are particularly challenged and are under an enormous amount of scrutiny, and at times attacked. And I think it’s more difficult maybe for young people to see themselves as part of this greater community,” the archbishop said.

He pointed out that the Catholic Church has been going through a terrible challenge with the scourge of sex abuse.

“We will continue to do everything we can to make sure that we have safe environments, and that we are fostering healthy and good and wholesome priests, and that children are safe in our institutions our churches and places,” he said.

“We have to continually keep in mind—and this is something we have not done such a good job of in the past—that we have to always think about the victims” of abuse.

“We have to remember that the victims of sexual abuse are not a problem; they are part of the solution. And I think until we involve them in the conversation—realising that they are the ones who can help us move forward as part of the solution—we are going to continue to be challenged,” Archbishop Wells said.

The rise of political populism is another concern for the Church, according to the nuncio.

“Some of the very violent and aggressive approaches to immigration are big concerns for us,” he said.

“Something that we always have to be reminding the international community about is our responsibility as people of goodwill and people of hope, who really want to be welcoming.

“We need to do what we can to help those marginalised brothers and sisters of ours who find themselves, almost always through no fault of their own, in circumstances they can’t control, and they need our assistance, compassion and charity,” Archbishop Wells said.

Speaking on a greater role for women in the Church in general and in the Vatican, the archbishop said it’s important to point out that this really began with Pope Benedict XVI.

“He is the one who started pushing for higher roles in the Vatican—his entire staff in his house, with the exception of one or two. [He also] pushed to have them in different places. Pope Francis has done a lot too to promote women, especially in the office of religious and communications,” he said.

“There is, however, still lots of room for improvement,” the nuncio added.

Archbishop Jose Gomez: Love in a Time Without Hugs
Share