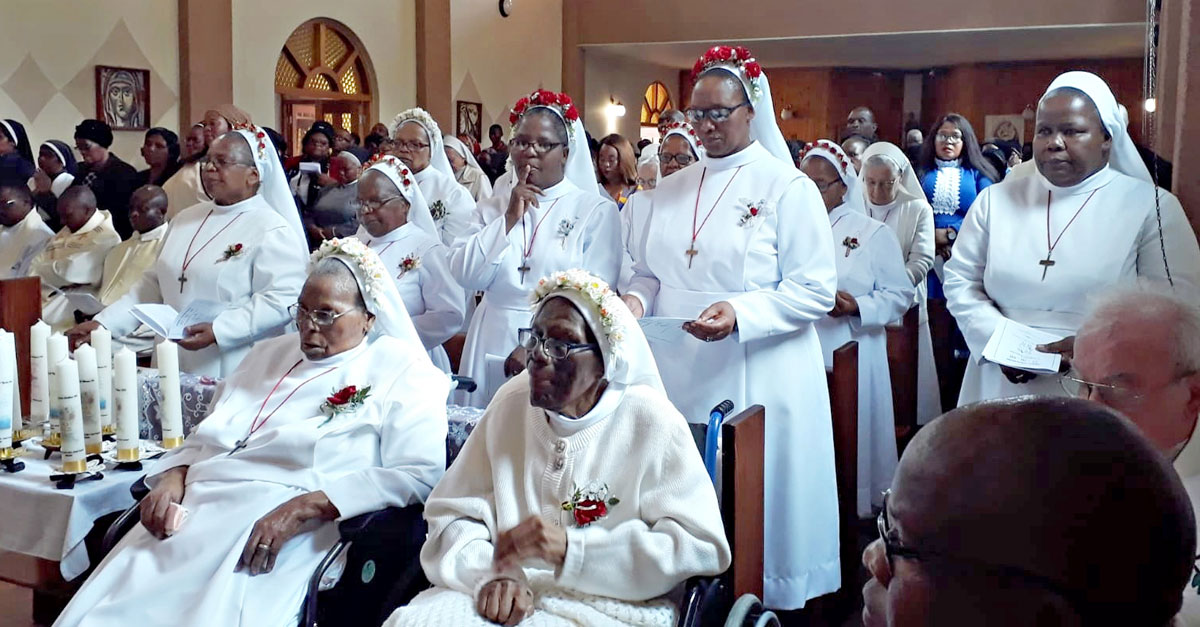 By Mandla Zibi – A total of 490 years of combined religious service were celebrated in Mthatha at the jubilees of ten Missionary Sisters of the Precious Blood.

“The day felt like the sum of my life, comparable to the final coming of the spouse. I was 20 years old at first profession and on fire; now I’m nearing 80 and feel softly glowing,” Sr Corda told The Southern Cross. 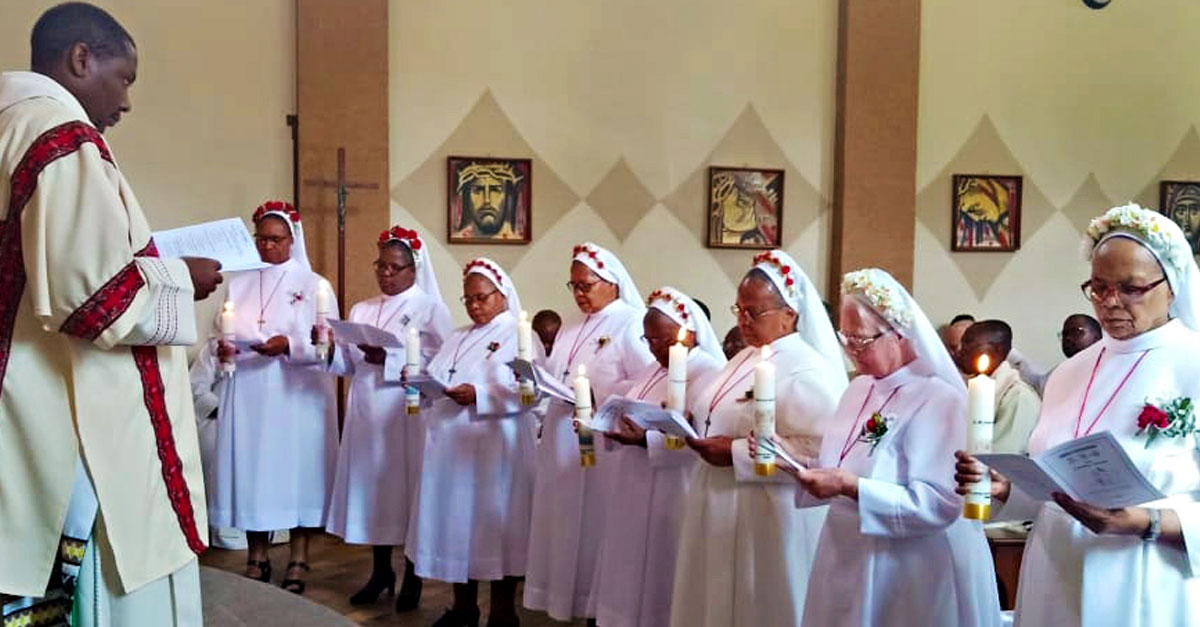 In his homily, Bishop Sithembele Sipuka of Mthatha congratulated the Sisters on their achievement: “I am sure your hearts are moved today, because you know yourselves too well how weak you are, and yet are here celebrating 25, 50 and 60 years, which is only due to the grace of God. Hallelujah!”

But to counter becoming obsolete, he urged that missionary and evangelising work continue. “Are funerals, jubilees enough? Are there other activities that link this mother house of the Sisters to the wider missionary work of the Church?”

Citing the example of “young women who sell their bodies next to our cathedral and in many other corners of our city”, he bemoaned “sitting in our convents doing in-house work”.

However, although they are unmarried and childless, Bishop Sipuka praised the Sisters for having “given birth to thousands of people”, through their ministry.

“There is a Xhosa saying, undizele, which says that when you have done something good for a person, or assisted somebody, you have given birth to that person.”