How We Are Limiting Our Learning 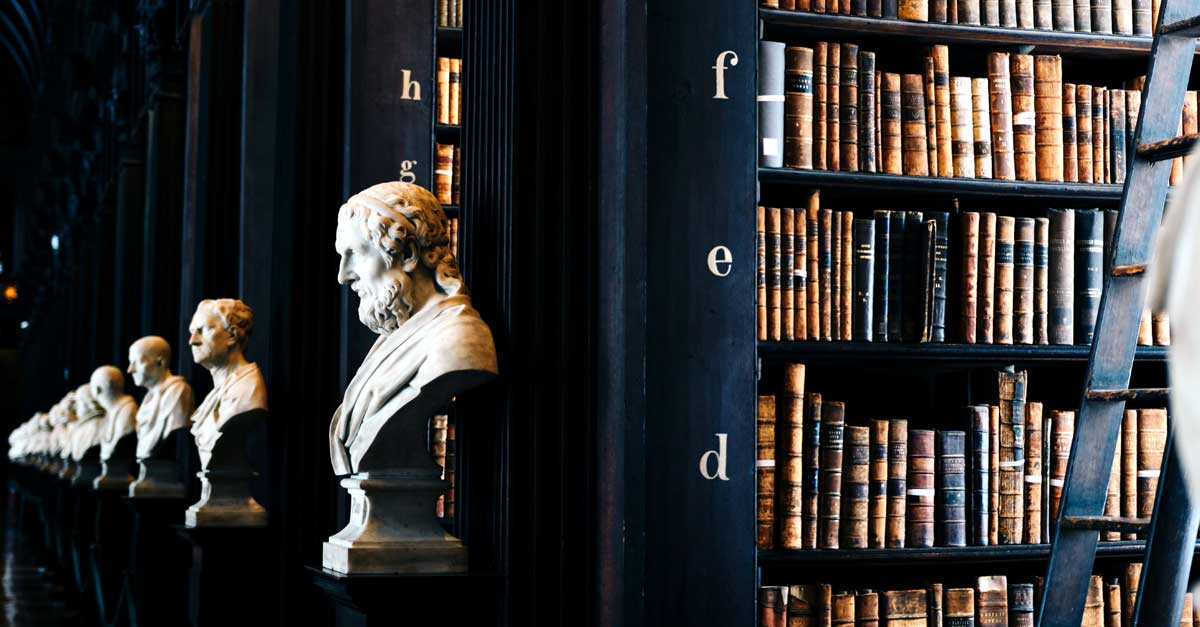 Philosophers and other giants of learning are depicted in busts in Dublin’s Trinity College library. (Photo: Giammarco Boscaro/Unsplash)

By Lionel  Fynn – Are reflective sciences still relevant today? The introduction of the scientific revolution did away with the traditional theological dispensation and brought with it a shift of consciousness from reflective to empirical science.

This shift has persisted throughout the centuries and has dominated scientific investigation, relegating reflective sciences—which include theology and philosophy—to the periphery, certainly in the Anglophone world.

This is why reflective sciences, such as faith-based subjects, have been removed from the curriculums of most state schools throughout the country.

Even in institutions of higher learning, the reflective subjects of philosophy and theology are fading away—so much so that even if they are present in some institutions, they are not core but supplementing core subjects.

Furthermore, the chances of getting into a successful professional career in reflective subjects is very challenging. Other than entering religious or academic professions, there is little room for reflective sciences in our empirical society.

More and more graduates of the reflective sciences are sitting at home, unemployed, due to empirical society’s inability to absorb them into the professional system.

Empirical science is necessary, but are reflective sciences really unnecessary?

Philosophy is the study of wisdom, a tool for unravelling the mysteries of the universe. And for a long time before the scientific revolution, philosophy was the only means of achieving scientific knowledge.

Theology is a study of God or other divine entities, and for a long time philosophy was geared towards assisting theology in this endeavour, since most philosophers were Christian.

Psychology, the study of human mentality, gained momentum after the scientific revolution because if its focus on humanity, but slowly lost traction due to its reflective nature.

These are just a few examples of reflective sciences which are fading into irrelevance in today’s society.

Society cannot find a place for undemonstrative sciences, and while many renowned scientists acknowledge the important role which reflective sciences played in the past, they are adamant that these sciences are impractical.

According to some of them, the reflective sciences have lost their influence in present-day concerns, and apart from conversation and motivation, they are slowly becoming dead science.

A study of wisdom could be vital in enhancing reflective skills in individuals—skills which, though present in the method of practical science, are not as acute.

Reflective skills can assist in opening up the creative abilities of individuals to extend beyond the physical, tangible limits of time and space, enabling them to peer into the past and glimpse into the future.

Mathematics is the only popular reflective science available, and with more and more students avoiding it, the cognitive ability which it bestows needs to be bestowed in other ways.

Science which is focused on the empirical concerns of our time is itself limited and will present limited discoveries.

Furthermore, a society imbibing a limited science will itself be limited, unable to see past the value of physical, observable and material things, unable to display acute reflection.

Perhaps a return to faith-based subjects at schools is wishful thinking, yet for the enhancement of reflective skills can we consider the reintroduction of reflective sciences to assist mathematics in reinculcating this vital skill?

Lionel Fynn
Lionel Fynn is a graduate of St John Vianney Seminary and a masters student at the University of South Africa.

Kindness: Animals Made by God Too