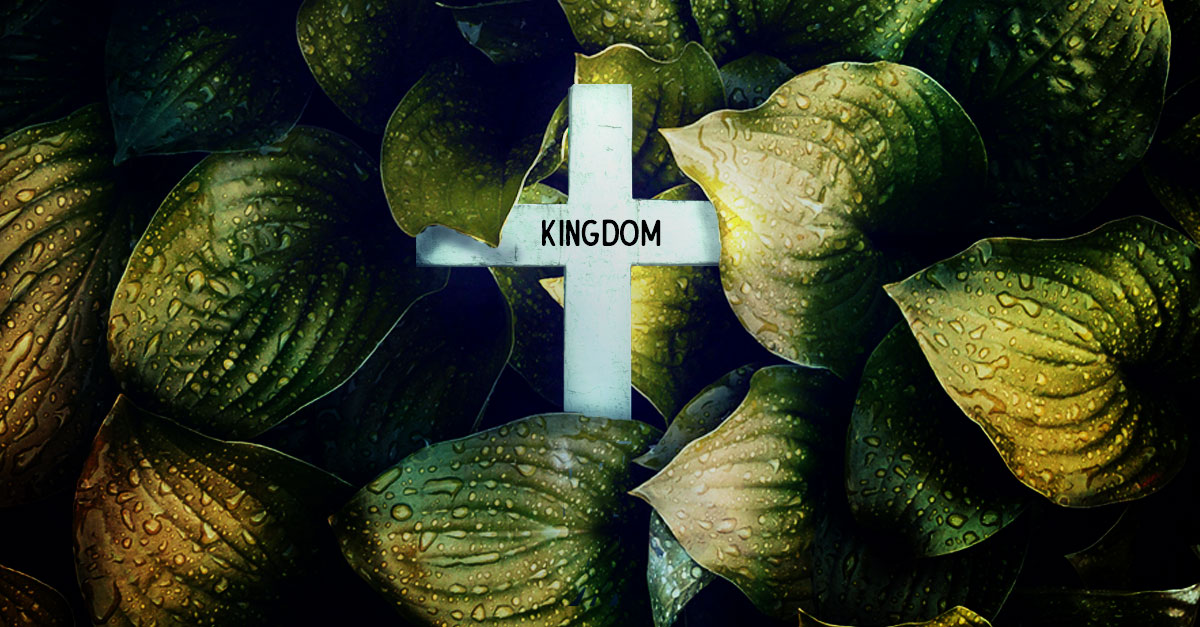 But: such a small word, yet packed was so much power. Jesus uses this power today to raise our eyes from our navel-gazing to a higher level of that new horizon within the Kingdom of God. Here we are shown the true nature of God, our own nature of God within, God with us, and the nature of all creation down to the smallest quark and lepton.

But, Jesus has also looked into the darkness of the abyss and come face-to-face with evil; Jesus understands the true nature of evil and warns us in the most direct, the starkest terms, that we must not give our shared power of creation to any evil force.

Jesus is not telling us to submit to evil, but to refuse to oppose it on its own terms. We are not to let evil dictate the methods of our opposition. Jesus is urging us to transcend both passivity and violence by finding a third way, one that is at once assertive and yet nonviolent. The correct translation would be the one still preserved in the earliest renditions of this saying found in the New Testament epistles: “Do not repay evil for evil” (Rom. 12:17; 1 Thes. 5:15; 1 Pet. 3:9). The powerful and the rich may scoff at such paltry efforts to confront evil, but let us remember that the power of the cross was also hidden for those who saw it as a scandal.

Evil must and will always engulf itself with its own dark matter, extinguishing itself in its banality.

In this I hear again the words of Hannah Arendt as she also looked into the abyss of darkness but proclaims that only good has any depth. Good can be radical; evil can never be radical, it can only be extreme, for it possesses neither depth nor any demonic dimension.

How often do we also use the word, but, to extinguish the light of the gospel; to trivialise and to domesticate the words of Jesus? Thus it is that evil can spread like a fungus over the surface of the earth and lay waste the entire world.

St Augustine agreed that the gospel teaches non-resistance, and therefore declared that a Christian must not attempt self-defence, BUT if someone is attacking my neighbour, then the love commandment requires me to defend my neighbour, by force of arms if necessary. Thus is opened the door to the just-war theory, the military defence of the Roman Empire, and the use of torture and capital punishment. Following this lead, Christians have ever since been justifying wars fought for nothing more than national interest as “just.”

Evil comes from a failure to think. It defies thought for as soon as thought tries to engage itself with evil and examine the premises and principles from which it originates, it is frustrated because it finds nothing there. That is what is termed as the “banality of evil”.

Discovering how easy it is for each one of us to slip into fundamentalism and this “banality of evil” is something that takes most people by surprise: and it is a lesson we have to learn over and over again.

Discovering this higher level and this new horizon of the gospel message as opposed to a trite message that suits us can also be a painful surprise: The Gospel warns us about reading the message through our cultural and ethnic prejudices; against judgements that we so lightly make to ostracise and to exclude our brothers and sisters from the community of the church and the kingdom of God.

READ  Vatican Confirms Pope Does Not Have Covid-19

We are warned about disregarding the first and only commandment of universal love and compassion; ignoring the hidden horrors of sexism, racism, elitism, cultural imperialism and religious intolerance; all these evil things which come from within the worst of the human heart and make humanity, make us, and our communities unclean. We may posture and cry out in travail “never again, never again”, but unless we reach into our own hearts to extinguish those hidden ties to the “banality of evil”, the darkness of the abyss is but a breath away.

we have had our fill of contempt.

Our souls have had their fill

of the laughter of the rich,

of the contempt of the proud.

Beyond evil, the gospel is a story of Hope, and we are called to be people of Hope. Love conquers and love redeems.

There was within our seraphic father an intuitive understanding of this nature of evil. As Franciscans, we must remind ourselves repeatedly of St Francis admonition:

Let [the brothers] not be angry, for “whosoever is angry with his brother shall be in danger of the judgment. And whosoever shall say to his brother, Raca, shall be in danger of the council. And whosoever shall say, Thou fool, shall be in danger of hell fire.” And let them love one another, as the Lord says: “This is my commandment, that you love one another, as I have loved you.” And let them show their love by the works they do for each other, according as the Apostle says: “let us not love in word or in tongue, but in deed and in truth.” Let them “speak evil of no man,” nor murmur, nor detract others, for it is written: “Whisperers and detractors are hateful to God.” And let them be “gentle, showing all mildness toward all men (sic).” Let them not judge and not condemn, and, as the Lord says, let them not pay attention to the least sins of others, but rather let them recount their own in the bitterness of their soul. (FIRST RULE OF THE FRIARS MINOR Par 11)