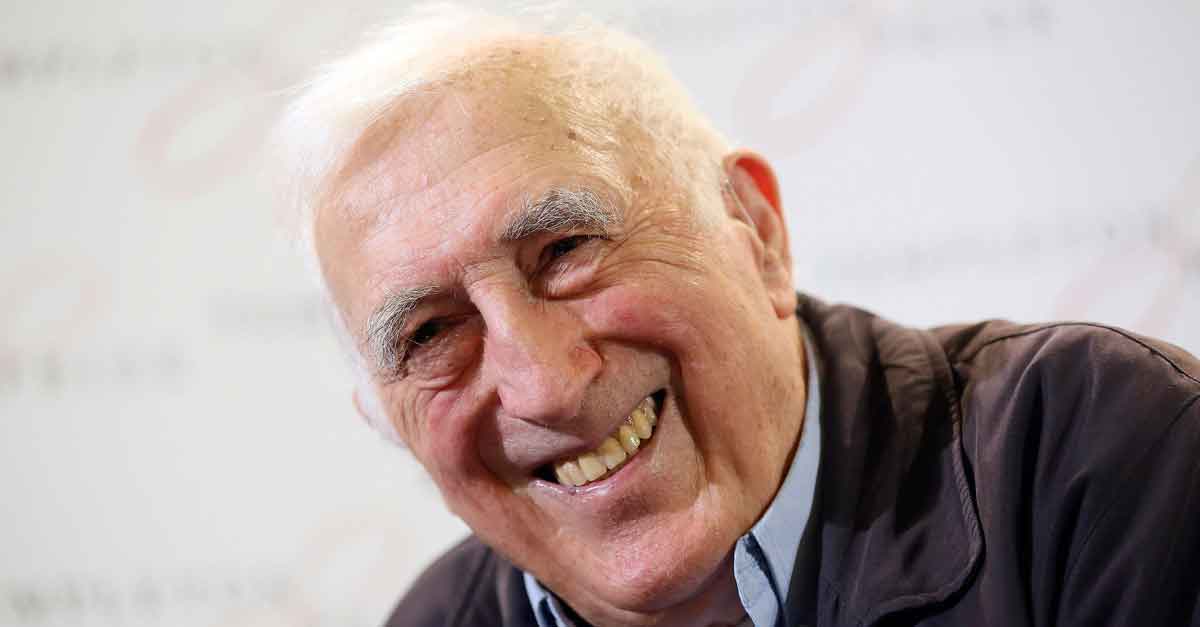 Jean Vanier, founder of the L’Arche communities. For the adults with disabilities who are the core members of L’Arche, news that Vanier sexually abused six women over a 35-year period hit particularly hard. (CNS photo/Abramorama)

By Michael Swan – For the adults with disabilities who are the core members of L’Arche, news that Jean Vanier sexually abused six women over a 35-year period hit particularly hard.

At a meeting to discuss the revelations regarding the L’Arche founder, several members rose to speak their truth, said John Guido, the L’Arche Toronto outreach coordinator. And that truth is “that this was bad — he’s a bad man who has done something to harm people, and that’s not right.”

Many of the intellectually disabled at L’Arche have survived abusive situations, whether in dysfunctional homes or institutions, Guido said.

L’Arche Canada opened in 1969 outside Toronto and is the oldest L’Arche movement outside of France. Its current leaders had hoped for more time to prepare its intellectually disabled members for the news that Vanier, their beloved founder, had used his charismatic personality and status to coerce and manipulate women into abusive sexual relationships. But when the International Federation of L’Arche Communities went public Feb. 22, L’Arche Canada had to react immediately, Guido said.

“We made sure that it was not sugarcoated,” he said. “It was delivered honestly, but in multiple formats so that people could — the widest number of people could — understand the seriousness of this.”

The report released Feb. 22 by L’Arche International concluded that Vanier, a Canadian writer and theologian, engaged in “manipulative sexual relationships” with six women in the context of providing spiritual direction or accompaniment. The women, who did not know one another, testified to a pattern of abusive behavior stretching over a period from 1970 to 2005.

“It’s brutal to discover this secret side of him that was so harmful,” said Guido. “And to imagine these women who have lived, always hearing about this man who had harmed them as (being) this living saint.”

Investigators uncovered no evidence of Vanier abusing anyone who was intellectually disabled or part of the L’Arche core membership.

Responding to the report, Cardinal Thomas Collins of Toronto urged prayer “for the victims of abuse, mindful of their immeasurable pain and suffering.”

He called the actions by Vanier “very disturbing behavior” by someone who was “revered and loved by so many, both in Canada and around the world.”

“The news is tragic and heart-wrenching,” he said in a release.

But he also looked to the future.

“In the midst of this darkness, we find a ray of light in those who so faithfully serve in L’Arche communities worldwide and have dedicated their lives to friendship, care and love,” Cardinal Collins said.

Canada’s Catholic bishops said the revelations left them “with a heavy heart.”

“Abuse is an appalling manipulation of trust and is always to be condemned. In any form, it is unacceptable,” said a statement from the Canadian Conference of Catholic Bishops.

But the bishops also acknowledged and encouraged the work L’Arche has done in Canada.

“As sins and injustices are denounced, there is also an urgent duty to remember and acknowledge the life-giving, selfless and compassionate ministry which the members, volunteers and leadership of the organizations have brought to the lives of so many and for decades,” the bishops wrote.

Author Beth Porter, who spent the largest part of her life living in a L’Arche community or working for L’Arche, said she was “still processing the very sad news.”

“I spent many years writing educational materials based on his vision of inclusion and belonging and making the world a better place,” Porter wrote on Facebook. “I grieve for his victims and also for the students and teachers who were inspired by him and may feel deeply disillusioned.”

Tweeting from Halifax, theologian David Deane was blunt in his assessment.

Guido praised L’Arche for commissioning the report and releasing its findings.

“We don’t know yet what the way forward is, only that today we need to face the truth and work to help those most impacted by the news,” he said.