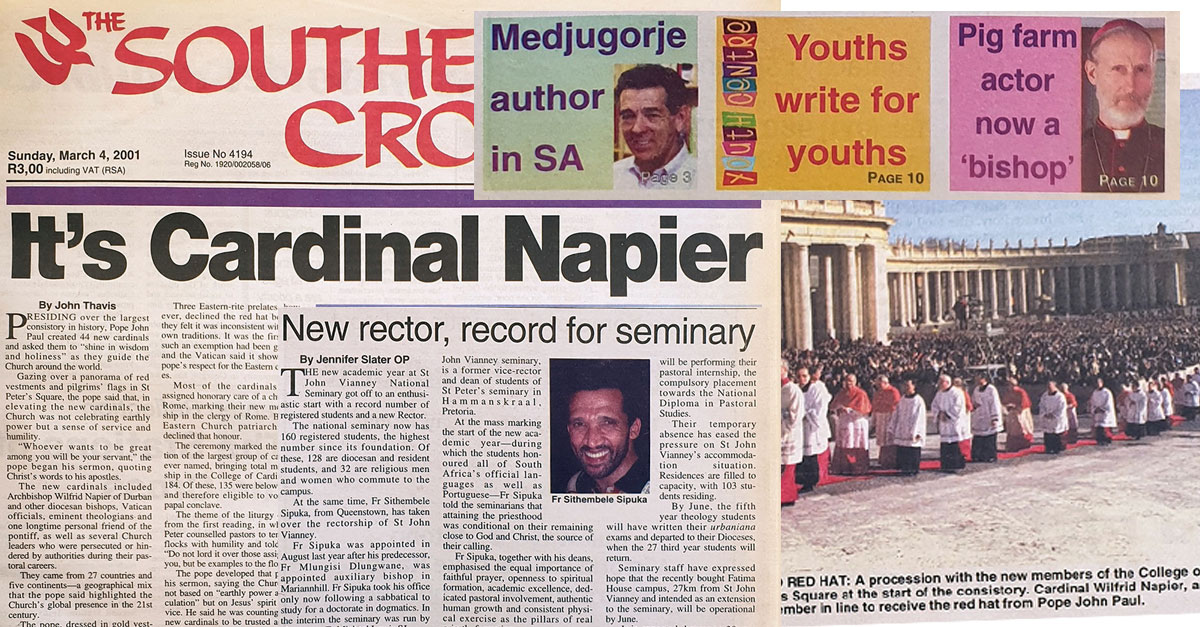 Presiding over the largest consistory in history, Pope John Paul II created 44 new cardinals. They included Cardinal Wilfrid Napier, archbishop of Durban, who was the 24th of the 44 new “Princes of the Church” to kneel before the pope. Other new cardinals include Jorge Bergoglio of Argentina, Walter Kasper and Karl Lehman of Germany, Cormac Murphy-O’Connor of England, Cláudio Hummes of Brazil, and [alas] Theodore McCarrick of the US.

New rector Fr Sithembele Sipuka opened the 2001 academic year at St John Vianney, which has 160 registered students, the highest number since its foundation.

In his editorial, Günther Simmermacher suggests various “productive penances” for Lent, such as volunteering, accompanying the lonely, supporting homes that offer alternatives to abortion and so on.