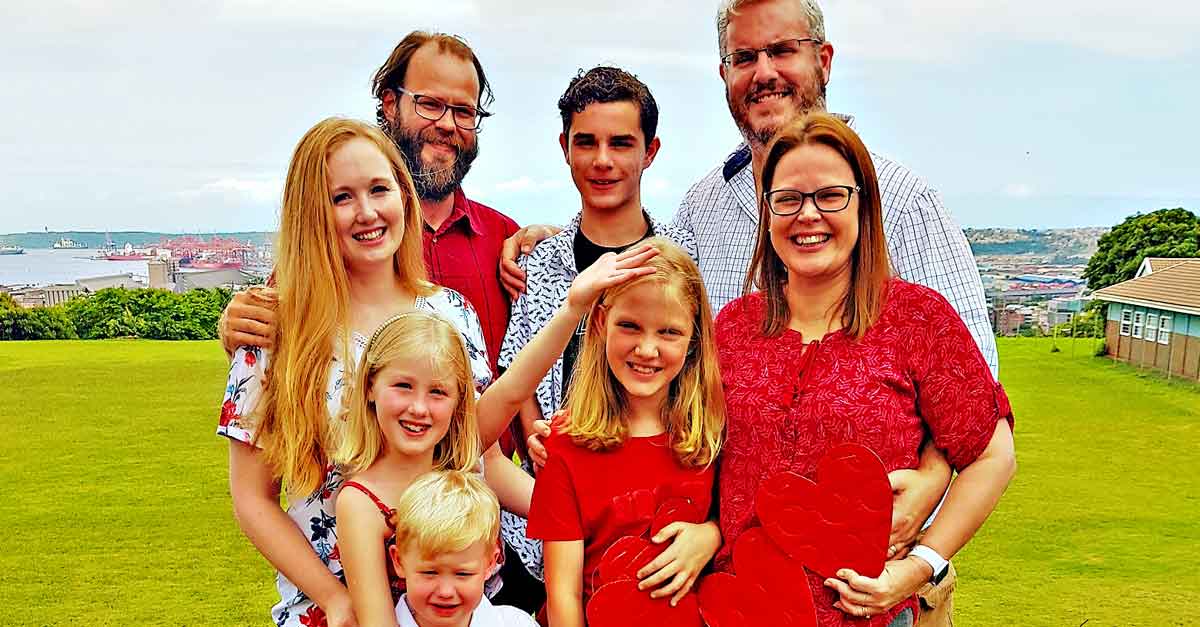 The Durban Passion Play brought two couples together, and now their children are involved, too. At left are Chantal and Cuan Saunders, with children Liam (front with flowers) and Shaylee and (right) Malcolm and Angela with children Alexander (centre back) and Catherine. The Passion Play will be performed from March 25 to April 12. (Photo: Illa Thompson)

Cast members claim their involvement in the Durban Passion Play to be life-changing in myriad ways. For one family this is certainly the case.

Cuan Saunders and his sister Angela Stewart are Passion Play diehards. And through the Passion Play both siblings met the loves of their lives.

Cuan met his wife Chantal, and Angela met husband Malcolm while in the cast of the Passion Play.

Performed only every five years, the Durban Passion Play comes to the Playhouse Drama Theatre from March 25 to April 12—starting with the date of the Annunciation and closing on Easter, the Resurrection of the Lord.

The Passion Play is very much part of the family’s five-yearly ritual, and their children are now members of the cast too. This is Cuan’s seventh, Chantal’s fourth, Angela’s seventh and Malcolm’s sixth production.

This stay-at-home Dad is the production’s graphic designer and plays the role of John. He is probably the only non-Christian in the production.

A ballet dancer for 25 years, wife Chantal is the production’s choreographer and dances in the show. Their children Liam, 4, and Shaylee, 8, are in the production too. It is Liam’s first and Shaylee’s second production.

Angela, a pre-school teacher and Malcolm, an advocate, have been in six productions together. They met in the 1992 production.

Malcolm plays Nathaniel and Angela is a crowd member.

Their children, both accomplished piano players, are on stage too: Alexander, 15, has been in four productions, and his sister Catherine, 10, is in her third.

The Passion Play is performed by a large cast who volunteer their time and skills as part of their Lenten preparations. The play involves seven months of commitment from a 150-plus cast who receive no remuneration.

Book through Webtickets. Block bookings and entire performances can be arranged through Dominic Sandiah on 082 460 7677.